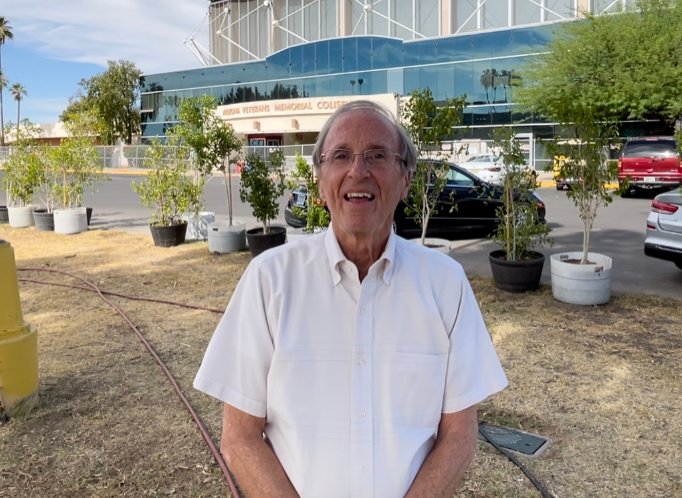 On Tuesday, The Gateway Pundit reported that state legislators from Georgia, Alaska, and Colorado made a pilgrimage to Arizona for a firsthand review of the historic Arizona audit’s procedures and logistics.

This was earth-shattering. Not one, but THREE states made an expedition to the world-famous Arizona audit.

This week, MORE delegations are expected to do the same every day!

In addition, the hand-counting process is expected to conclude by Saturday and the paper evaluation process continues to grow in size.

Conradson: Mr. Favorito, I just want to thank you for the heroic work that you’re doing in Georgia.

Favorito: Thank you. We’ve got a whole bunch of people behind us, it’s not just me. I’m just the face of an incredible movement in Georgia.

Conradson: The latest reports are that it will not be until June 21st for the next hearing on the Fulton County ballots. Can you tell us more about where this case is at?

Favorito: The Fulton County officials filed some last-ditch motions to try to avoid being the defendants in the case, which is not gonna work out. The Board of Elections is kind of finger-pointing at the county. The county’s kind of finger-pointing at the process and then the board, so we’ll have to go back to court and resolve all those little technical difficulties which they’re all related to something that Georgia calls Sovereign Immunity and they’re all claiming that they’re immune from being defendants in lawsuits. So, that’s really not the case, it’s just a matter of the judge deciding who is the real defendant. We just served them all and said “we’ll let the judge pick who’s going to be the defendant”.

Conradson: Is it true that you’re not expecting the audit and counting to start Georgia until after July 4th?

Favorito: I think July would be realistic as probably the earliest date because once the decision is made even if the decision was made on June 21st, which we don’t even know if that will happen it could be another 30-day delay but even if that decision was made it takes us a couple of weeks to get everything set up. You know, we need to make sure we got all the equipment we have to arrange for what they call a special master and everything’s gotta be scheduled so realistically it would be two or three weeks from the decision day.

Conradson: Do you have any comment on Ruby Freeman and her daughter being subpoenaed for their role in the November 3rd election?

Favorito: Right, so that’s a good thing that they’re going to be deposed at some point in time.  We think that these new motions will delay those depositions most likely until after they’re resolved but then we will be able to ask them some questions at some point in time. We would prefer to do the inspection first before we ask the questions but another group of the plaintiffs wants to get them going right away so they’re going to move forward on that and I’m guessing that it will be soon after the decision is made to continue with the inspection.

Conradson: Do Fulton County officials have any more tricks up their sleeve?

Favorito: Now that they have hired criminal defense attorneys without any elections experience and without being authorized by the Board of Elections it’s really, really strange so I would think they have more tricks up their sleeve you know we could see another 30-day delay past June 21st and they’ll probably throw something else at us but I don’t – we got into technicalities now so I don’t see they haven’t been able to come up with anything concrete that would stop this inspection from going forward that I can see.

Conradson: Last month, a room, full of ballots was found unlocked and open, defying subpoenas. Does that create any concerns for you regarding ballot security from now until the audit?

Favorito: We’ve been concerned about it since day one. Now the judge did put a protective order on the ballots in January, and Fulton County made a verbal commitment to the court on Tuesday, May 25th in a private meeting with the attorneys, that the Sheriff’s Office would monitor and secure that building and they did neither one. They were not monitoring.  The sheriffs’ cars went away, they did not secure the front door, it was open.  They were not monitoring the alarms either. When the alarm went off nobody came back for two hours, so they are violating their verbal commitment to the court, and yes we are still concerned about that, and we’re hoping that the court would show a little bit more concern as well.

Conradson: What can everyday Georgians do to ensure that this process goes through?

Favorito: Well, thank you for asking. The best thing I think they could do right now is just to support us at voterGA.org. All the information is up there at VoterGA.org. we also have a donate tab where you can donate either by credit card or by PayPal or by a check in the mail. So that helps us keep alive, and our suit is funded on the backs of patriots throughout the state of Georgia and around the country, and so basically small donations, very few larger donations came in.

To support the audit efforts in Georgia, visit VoterGA.org. Don’t do it today. Do it now.

GA State Senator Burt Jones shared his thoughts on the process with Conradson.