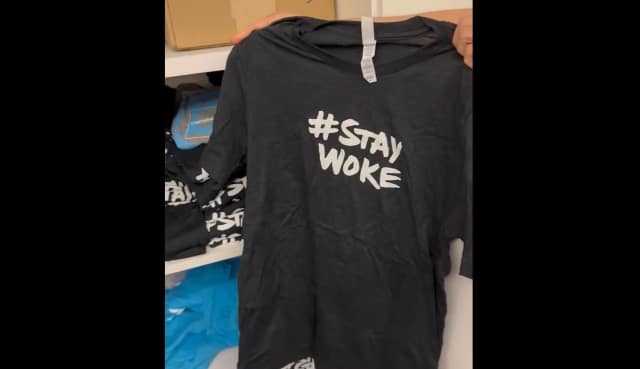 (Natural News)
Most reasonable Americans have long understood that Twitter, prior to it being bought by billionaire Elon Musk, was run by left-wing woketards the same as all of the other major social media platforms like Facebook, YouTube, and Google.

But for anyone who still doubted that Twitter was a bastion of far-left thought, a discovery Musk made in a closet at the platform’s San Francisco headquarters building should put those to rest.

A video clip Musk posted to Twitter shows him revealing boxes full of t-shirts that say “#StayWoke,” the term for today’s drivers of left-wing Marxist ideology and counterculture.

Separately, Musk also acknowledged a tweet from conservative documentary filmmaker and producer of the 2020 vote fraud masterpiece, “2,000 Mules,” Dinesh D’Souza, after he observed that no liberals are being let back on Twitter because they were never kicked off to begin with, regardless of the lies and false information they posted.

“We don’t hear much about Democrats and leftists being let back on Twitter. Why? Because they were never kicked off in the first place. Their lies and misinformation simply escaped all scrutiny. Censorship has been deployed as a one-way operation against conservatives @elonmusk,” D’Souza tweeted.

We don’t hear much about Democrats and leftists being let back on Twitter. Why? Because they were never kicked off in the first place. Their lies and misinformation simply escaped all scrutiny. Censorship has been deployed as a one-way operation against conservatives @elonmusk

Natural News reported earlier that conservatives on the platform tweeted messages that were previously censored after Musk took over the platform, to test his ‘free speech’ intentions:

Many conservatives who have been shadow-banned, blocked or otherwise censored on the Twitter social media platform over the years are throwing a digital party now that Elon Musk is finalizing his purchase of the company with plans to take it private.

The self-described “free speech absolutist” from South Africa issued a statement about his successful purchase of Twitter for $44 billion, claiming that “free speech is the bedrock of a functioning democracy, and Twitter is the digital town square where matters vital to the future of humanity are debated.”

“I also want to make Twitter better than ever by enhancing the product with new features, making the algorithms open source to increase trust, defeating the spam bots, and authenticating all humans,” Musk added. (Related: Remember when Elon Musk named his “gender-neutral” baby a string of alien letters?)

“Twitter has tremendous potential – I look forward to working with the company and the community of users to unlock it,” he added.

The Daily Wire‘s Michael Knowles tested the waters with even more controversy by tweeting about how “The 2020 presidential election was obviously rigged.”

“Public health officials lied repeatedly about COVID-19,” Knowles wrote in a separate tweet that prior to Musk’s takeover would have resulted in a “misinformation” label being affixed, or possibly even a ban.

Before Musk’s purchase of the platform went through, he alleged that up to 90 percent of Twitter’s entire user base was fake.

“This situation has obvious implications for the valuation of the company. If most of the users are fake, advertisers will be far less interested in spending money to place ads on the platform. But the implications of the bot count don’t stop there and reveal much about the true, inner workings of Big Tech,” NewsPunch reported at the time.

Musk has generated no small amount of whining from the perpetually triggered Democratic left after he reinstated several previously banned conservatives, including the MAGA king himself, former President Donald Trump, though Trump has not returned to the platform yet to post and has said he plans to stay on his Truth Social platform.