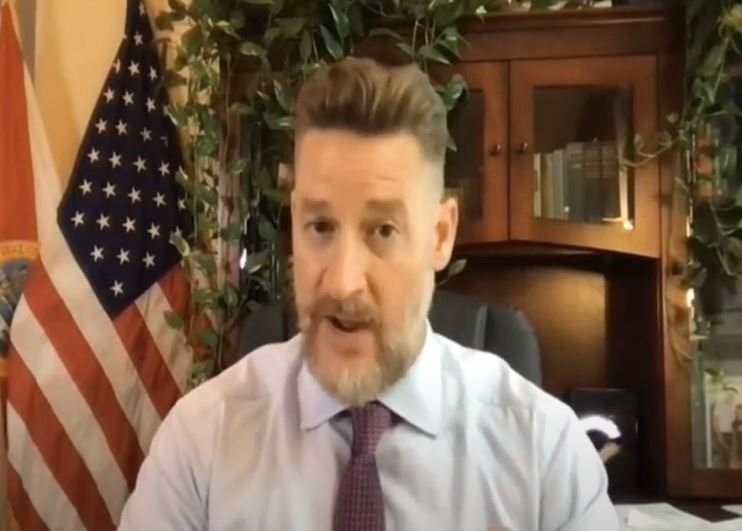 Rep. Greg Steube (R-FL) is a veteran and a fifth-generation Floridian serving Florida’s 17th Congressional District. Greg served with distinction from 2004 to 2008 as an Airborne Infantry Officer and a JAG Corps Officer. Greg served as the Chief of Detainee Operations for Multinational Division North in Iraq with the 25th Infantry Division in support of Operation Iraqi Freedom from 2006-2007.

On Monday Rep. Steube tore into Secretary of State Tony Blinken during his appearance before the House Foreign Affairs Committee hearing on the disastrous U.S. withdrawal from Afghanistan.

Rep. Greg Steube: Mr. Blinken, even in your opening statement you can’t be honest with the American people. You stated, and I quote, “By January 2021, the Taliban was in its strongest military position since 9-11. I’m pretty sure their strongest military position has been during your entire administration, not prior to it. In fact, their strongest military position since the towers were attacked in 2001 was this past September 11th, the 20th Anniversary, all that happened during your watch, not your predecessors. In fact, on April 27th of this year, days before the original deadline negotiated by the Trump administration, that the Biden administration violated, the Taliban controlled 77 districts in Afghanistan. The Afghan government controlled 129 and there were 194 contested districts. By August 15th when you and Biden were on vacation, the Taliban had taken and controlled 304 districts and the government only controlled 26. From May to August of this year, while you, the Department of Defense and administration, did absolutely nothing, the Taliban gained 227 districts.