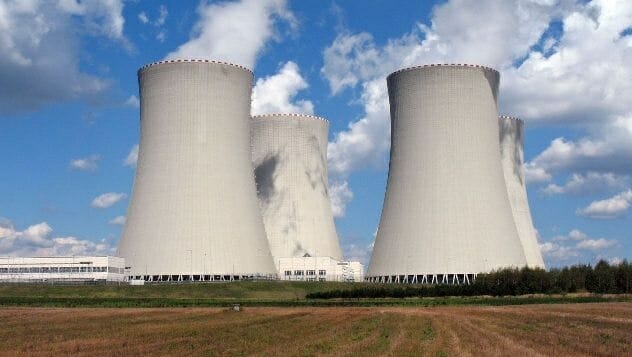 On Wednesday, the leadership of the European Union (EU) declared that some gas and nuclear power are, in fact, Green energy, a move that will likely stir controversy in the U.S.

Under a move labeled the EU Taxonomy, today’s vote reclassified the energy sources as both green and sustainable.

Claude Tourme, Luxembourg’s Minister of Energy, expressed his disapproval of the decision on Twitter, saying, “I deeply regret that today

@Europarl_EN failed to object to the delegated act under the #EUTaxonomy, allowing #gas & #nuclear to be part of the EU sustainable finance policy.” He stated that the country would seek legal action against the decision.

I deeply regret that today @Europarl_EN failed to object to the delegated act under the #EUTaxonomy, allowing #gas & #nuclear to be part of the EU sustainable finance policy. 🇱🇺& 🇦🇹 will press legal charges and the Court will rule about its legality #CJEU @lgewessler pic.twitter.com/J0cNHw4Fsg

RePlanet, a climate change activist group in Europe, praised the move by the EU’s leadership, saying, “Science wins! … This is a huge win for science and for climate action. Well done to all those who campaigned for this outcome. Together we can build a better future.”

Science wins!
EU Parliament has rejected a motion to exclude nuclear energy from the #EUTaxonomy.

This is a huge win for science and for climate action.

Well done to all those who campaigned for this outcome. Together we can build a better future. pic.twitter.com/TSVLQUWjnX

In February, the EU said that nuclear and natural gas energy plants could be counted as “green energy” under controversial EU plans related to climate change.

The European Commission says it has decided that both types of energy can classify as “sustainable investments” if they meet specific targets.

The move divided the EU and has been fiercely opposed by some members.

Austria’s chancellor responded by saying, “nuclear power is neither green nor sustainable.”

“I cannot understand the decision of the EU,” Karl Nehammer said.

RELATED: History in the Making in Europe: 16 Right-Wing Parties Vow to “fight back with all our might”!

Luxembourg, Spain, and many others shared their disapproval at the time.

EU officials stressed that the change does not require any state or company to invest in gas or nuclear.

It is instead a highly technical set of rules, called the “EU Taxonomy,” about what classifies as “sustainable” so that private investors can decide where to put funds, the commission said.

It also regulates what can be said to be environmentally friendly so that climate-conscious investors can make informed decisions.

The list is supposed to recognize green projects that make a “substantial” contribution to at least one of the EU’s environmental goals “while not significantly harming any” of them.

Commission officials have pointed to the strict limits on what qualifies. For example, natural gas generation is under a strict CO2 emissions limit and requires switching to low-carbon gas by 2035. Nuclear power, meanwhile, must have clear plans and funding for dealing with nuclear waste.