Europe’s economy plummets as war in Ukraine drags on 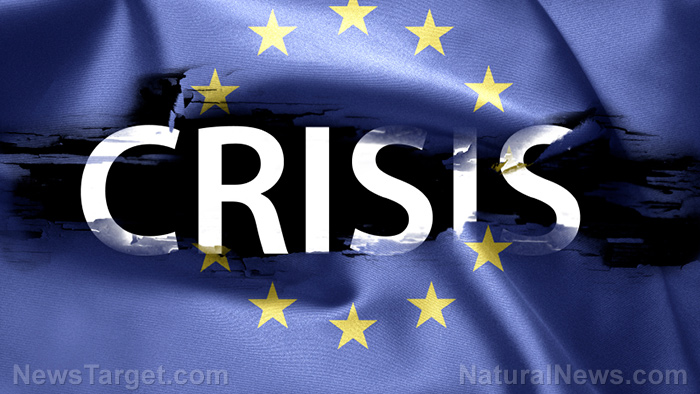 (Natural News)
As the world slowly eased out of the Wuhan coronavirus (COVID-19) pandemic restrictions, economic activities were expected to boom as businesses and consumers accept the “new normal,” but then the Ukraine war erupted and crises started cascading.

Europe is now facing a looming recession, enduring record-high inflation and continuing energy shortage. This outlook is even likely to worsen before any significant improvement well into 2023.

“Crisis is the new normal,” says Alexandre Bompard, the chief executive of retailer Carrefour. “What we have been used to in the last decades – low inflation, international trade – it’s over,” he told investors.

According to Reuter‘s analysis, households and businesses are both suffering as the fallout of the war – high food and energy prices – is now exacerbated by a devastating drought and low river levels that constrain transport.

“At nine percent, inflation in the euro area is at levels not seen in half a century and it is sapping purchasing power with spare cash used up on petrol, natural gas and staple food. Retail sales are already plunging, months before the heating season starts and shoppers are scaling down their buys. In June, retail sales volumes were down nearly four percent from a year earlier, led by a nine percent drop recorded in Germany,” the analysis stated.

As a result, consumers give up high-end products, switching to discount brands and even starting to skip certain purchases.

Europe’s energy-intensive sectors are already suffering. Almost half of the continent’s aluminum and zinc smelting capacity is already not operating and fertilizer production has already been shut as it relies on natural gas.

Travel sector workers who were laid off during the peak of the pandemic are now reluctant to return, which impacted labor shortages. And all are expected to worsen if Russia decides to cut gas exports further.

“The gas shock today is much greater; it is almost double the shock that we had back in the 70s with oil,” Caroline Bain at Capital Economics stated. “We’ve seen a 10 to 11-fold increase in the spot price of natural gas in Europe over the last two years.”

The European Commission has unveiled a 210 billion euro ($209.3 billion) plan to end Europe’s reliance on Russian fossil fuels by 2027 and to use the pivot away from Moscow to quicken its transition to “green” energy. (Related: EU parliament declares fossil fuel to be “green” energy as climate change narrative self-destructs.)

The plan backed by the Parliament will ease the construction of infrastructure for those power sources over the objections of some environmentalists and members of the bloc.

This effort has prompted intense backlash from some member states, such as Austria and Luxembourg. The environmental group Greenpeace joined the countries as they declare to challenge the decision in court.

Luxembourg Energy Minister Claude Turmes posted on Twitter that the Luxembourg government and Austria will follow through with an earlier threat to “press legal charges,” adding that he “deeply regrets” the ruling.

“This will delay a desperately needed real sustainable transition and deepen our dependency on Russian fuels,” climate activist Greta Thunberg said on a social media platform. “The hypocrisy is striking, but unfortunately not surprising.”

Visit WWIII.news for more news related to the continuing Russia-Ukraine war and its impacts on the world economy.

Watch the below video that talks about how Europe imposed energy crisis on itself.

This video is from the Dune Drifter channel on Brighteon.com.

It took the Russian war in Ukraine to expose the scam of “green” energy.