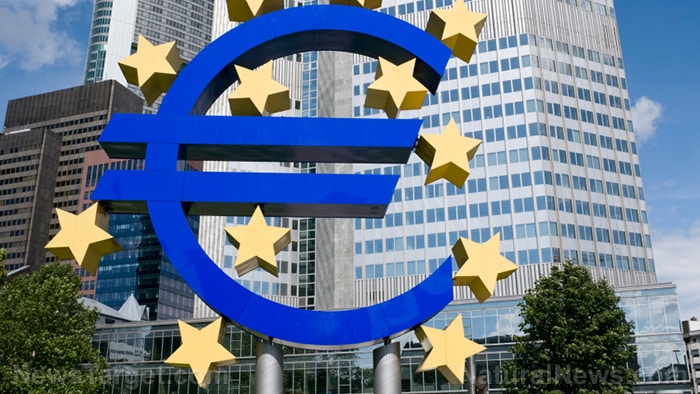 (Natural News)
The European Commission recently revealed that headline inflation in the Eurozone reached 10.7 percent, the highest year-over-year inflation reading since its founding over 23 years ago.

The Eurozone is the economic and monetary union made up of the 19 member states of the European Union (EU) that have adopted the euro as their currency.

The Eurozone also includes six nations that have adopted the euro either unilaterally or through a monetary agreement, but are not a part of the EU – Andorra, Kosovo, Monaco, Montenegro, San Marino and Vatican City. Despite not being officially part of the Eurozone, the economic downturn affecting this group spreads to these nations due to their use of the euro.

Most of the high inflation was driven by surging energy and food prices. Energy prices posted a year-over-year increase of 41.9 percent in October, up from the already record-breaking rate of 40.7 in September. (Related: Europe is in a DEINDUSTRIALIZATION SPIRAL due to ongoing energy crisis.)

Eurozone to head into a recession before the year ends

EU Economy Commissioner Paolo Gentiloni warned that the economic situation in the Eurozone has deteriorated to the point that the continent could experience a recession before the year ends.

The commission also placed the blame on the inflation crisis and the coming recession on Russia’s special military operation in Ukraine.

“The EU is among the most exposed advanced economies [to high prices], due to its geographical proximity to the war and heavy reliance on gas imports from Russia,” read a statement from the European Commission. “The energy crisis is eroding households’ purchasing power and weighing on production.”

Average inflation for 2022 is highest among Baltic nations, with this disparity blamed on their proximity to Russia. Estonia’s average inflation rate is 19.3 percent, Lithuania’s is 18.9 percent and Latvia’s is 16.9 percent.

Learn more about the inflation situation in Europe and the rest of the world at Bubble.news.

Watch this episode of “Liberty and Finance” discussing the potential banking meltdown coming from the Eurozone.

This video is from the Liberty and Finance channel on Brighteon.com.

Poland’s inflation reaches all-time high in October, but economists warn the worst is yet to come.