EXCLUSIVE: DOJ DROPS A BOMB! Admits Federal Government Ran Informants Inside the Oath Keepers on Jan. 6 – Spring This On J6 Attorneys Less than One Week Before Trials 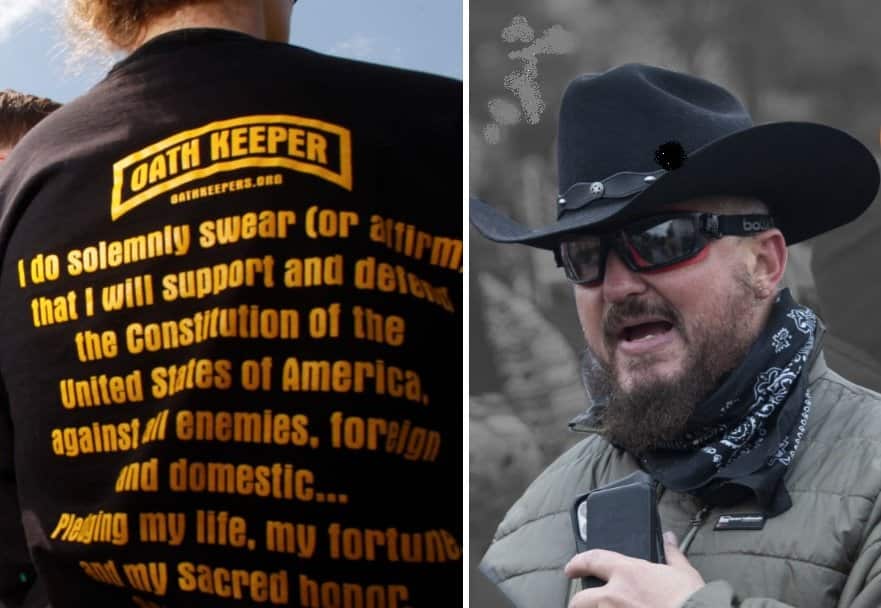 Oath Keepers member and Stewart Rhodes, the founder and president of the Oath Keepers

Next week the United States government is holding the trials of several Oath Keepers members who attended the protests in Washington DC on January 5th and January 6th.

The DOJ is hoping to convince a jury that the Oath Keepers were planning an insurrection at the US Capitol on January 6.

Oath Keepers members were working security that day at the Ellipse where President Donald Trump spoke to a million supporters. Several Oath Keepers then walked to the US Capitol where at least two more protests were planned.

Stewart Rhodes, the Oath Keepers founder and president, told all of the members to leave their firearms in their hotel rooms outside of the city.

TRENDING: HUGE: GOP Lawmaker Obtains New Documents that Show Joe and Hunter Biden Working to Sell US Natural Gas and Drilling Assets to China – HAS WHISTLEBLOWERS WHO WILL TESTIFY (VIDEO)

A handful of Oath Keepers members entered the US Capitol that day where they stood around, picked up trash, spoke with police, and left when they were told to.

Next week the government starts its trials against the Oath Keepers members they arrested. The trial for Oath Keepers founder Stewart Rhodes starts on Tuesday with jury selection.

On Thursday the US government sent a letter to the attorneys of nine Oath Keepers members:

The US government finally admitted in this letter that they were running Confidential Human Sources inside the Oath Keepers organization on January 6.

The government also notified the attorneys that they are issuing a protective order for their operatives they ran inside the organization on January 6.

Attorney Jonathon Moseley, who represents Stewart Rhodes, told The Gateway Pundit on Thursday evening that this was the first time the government admitted to his team that their were government operatives inside the Oath Keepers organization.

From today’s motion the government seeks to prevent the defense attorneys from asking about any other investigations or operations the confidential human sources have been involved in.

The government also seeks to keep the identity of these confidential human sources private from the American public.

It would be important to know what role the confidential human sources played that day and if they were urging Trump supporters to enter the building.

On Wednesday we spoke with Stewart Rhodes and he told us the DOJ has indicted two of his top witnesses in the past three months and therefore he will not be able to call them as witnesses in his case — Including Kellye SoRelle, his former attorney who traveled with him that week in Washington DC.