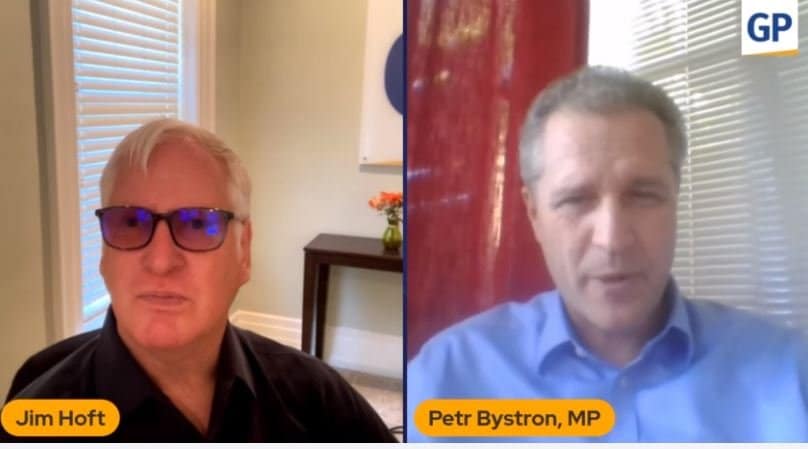 OVER 100,000 citizens protested in Prague, Czech Republic on Wednesday under the motto “Czechia First.”

It was the LARGEST RALLY in Prague since the fall of the Communist regime over 30 years ago.

And, just like in America, the far-left media in the Czech Republic completely ignored the massive demonstration.

The protesters rallied against NATO and the EU elites destroying their way of life. The group was organized by a group who call themselves “politically unaffiliated citizens.”

TRENDING: 2022 Midterm Action List – SEVEN STEPS You Can Take to SAVE OUR ELECTIONS From Fraud

Our longtime friend and German MP Petr Byrstron was a top speaker at the event.

There were rallies in several Czech cities last week.

We earlier posted Petr Bystron’s speech before the roaring crowd and his shout-out to President Trump.

On Sunday The Gateway Pundit’s Jim Hoft spoke with Petr on the movement in the Czech Republic and Germany.

This was an amazing interview. It is really chilling just how similar the globalist left acts in Western Europe with the same destructive policies and complete intolerance of opposing political voices.

Petr told us about the protest in Prague and upcoming rally in Berlin on October 8th.

Petr told us about what the Germans and Czechs are saying about Russia and who they believe sabotaged the Nord Stream pipelines.

Petr also told us about Russia’s gas lines to Europe during the Soviet days and today.

And Petr Bystron spoke about the hundreds of Antifa rioters who threatened his family and vandalized his home last year on election night.

Petr is part of the populist future of Europe. It was an honor to speak with our friend Petr Bystron in Berlin.