EXCLUSIVE: Lawsuit Filed Against Wake Forest University Over Coach Who Killed Man With One Punch 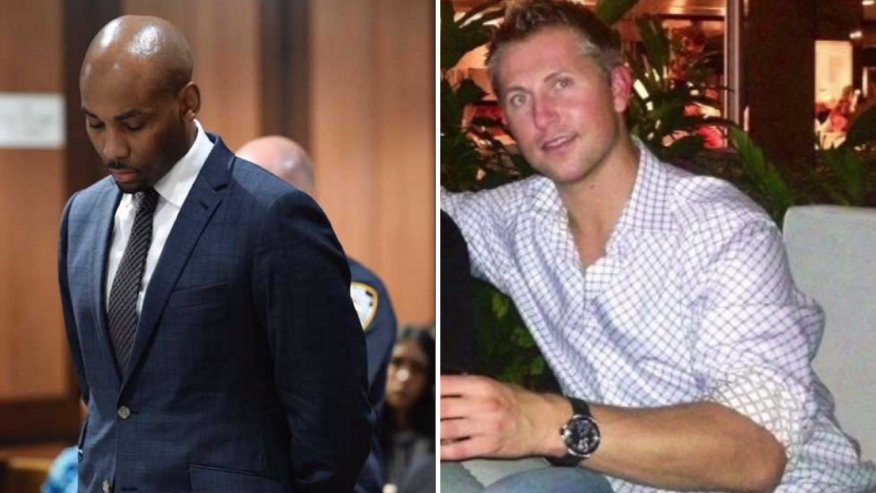 The mother of Sandor Szabo, the man killed with one punch by a Wake Forest University basketball coach, has filed a lawsuit against the school.

The mother, Donna Kent, is suing the university for wrongful death, intentional infliction of emotional distress, assault, and battery for the “willful misconduct” of Coach Jamill Jones.

In early August 2018, Szabo, a 35-year old marketing executive was in New York to attend his stepsister’s wedding. Jamill Jones, assistant coach of the Wake Forest Mens Basketball team, was in New York on Wake Forest business. On the morning of August 5, their paths would cross, with fatal consequences for Sandor.

“After leaving his stepsister’s wedding reception, Sandor approached Jones’ white BMW, mistaking it for the Lyft he had recently ordered. Sandor realized Jones was not his Lyft driver and began walking away. Jones stopped his BMW in the middle of the street, jumped out, and ran after Sandor. Then, without any hesitation, the 6 foot 5 inch, 220 pound former college athlete punched Sandor in the face with full force,” Kent’s attorney John Pierce told the Gateway Pundit.

Surveillance footage showed Szabo appearing to try to flag down Jones, thinking he was the Lyft driver.

“On direct examination, Jones had admitted chasing Szabo and punching him in the face near the opposite corner of the street, even as Szabo appeared to be backing up,” PIX 11 reports.

“It was immediately clear that Jones put everything he had into that punch: it caused extreme damage to Sandor’s brain stem, knocked his teeth through his lower lip, and caused severe lacerations to left side of his face. The punch was so forceful that it knocked Sandor clean off of his feet and caused his head to bounce against the concrete curb, fracturing his skull in two places and causing further brain damage,” Pierce continued. “Jones stood over the now-unconscious Sandor and watched as he choked on the blood pouring out of his damaged lip.”

Jones then walked back to his BMW, leaving Sandor for dead on the sidewalk.

Despite Sandor’s blood on his hands, Jones was only charged and convicted of a misdemeanor: Three years of probation, 1,500 hours of community service, and a $1,000 fine were the full extent of his punishment.

“Last year, Sandor’s mother Donna Kent, on behalf of her late son’s estate, brought a wrongful death action against Jones—she hopes to get some measure of justice for Sandor through the civil courts. However, Jones’ employer, Wake Forest, also bears responsibility: but for Wake Forest sending Jones to New York, Sandor would still be alive today,” Pierce explained. “It is Ms. Kent’s belief that Jones has prior acts of violence in his past, that Wake Forest either knew or had reason to know of such acts. Therefore, Ms. Kent has filed suit against the university to hold it accountable for its role in her son’s untimely demise.”

Kent’s lawyer, John Pierce of Pierce Bainbridge and the National Constitutional Law Union Inc. (NCLU), is currently representing a number of January 6 protesters, Tonia Haddix who is taking on PETA, the family of Jake Gardner, a Marine combat veteran who tragically took  his own life after being wrongfully charged following a self-defense shooting during a Black Lives Matter riot, former Donald Trump campaign aide Carter Page, as well as Amanda Ensing, a Latina beauty influencer who was defamed and “cancelled” by Sephora for conservative social media posts.

Those who wish to help Kent with legal costs can donate through the NCLU here.