EXCLUSIVE: Maricopa County Officials Claim They DID NOT Delete Elections Data – They Just Archived It and Withheld It from the Senate Auditors 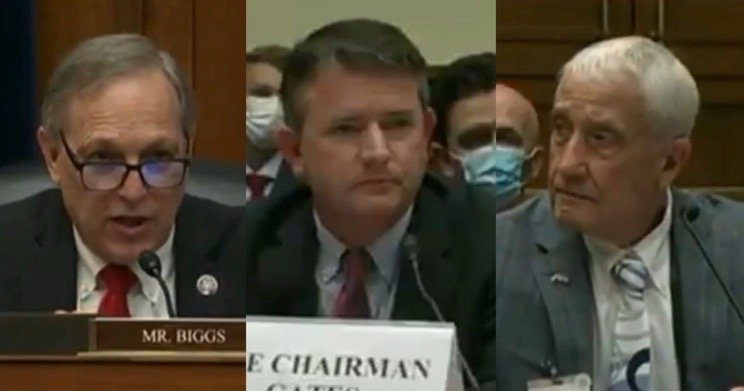 Maricopa County Elections Officials recently admitted that data was deleted in the 2020 election and they’ve already called their media allies to redact the statement.

The Gateway Pundit reported that the County finally admitted to deleting data when being questioned by US Rep. Andy Biggs.

WHAT? Shady Maricopa County Official Claims They Had to Secretly Delete Information from Servers Under Subpoena to Make Room for the Next Election? (Video)

On Monday, Senate President Karen Fann shared an article by RTM analyzing the statement by Maricopa County Supervisor Bill Gates where he admits to deleting files in what looked like a Freudian slip.

Neither he nor Board Chairman Jack Sellers would confirm that deleting the files was the standard operating procedure.

Supervisor Bill Gates responded to Fann’s tweet above by tweeting:

He couldn’t even get the rating right – the AP fact-checker rated Fann’s claim, “partly false”.

AP: CLAIM: “Maricopa County admits they DELETED and moved the election data to hide it from auditors AFTER they got a subpoena.”

AP’S ASSESSMENT: Partly false. Arizona’s largest county did not admit deleting and moving election data to hide it from auditors. The county has explained it was necessary to archive and move the data because there was not space for it to be stored on the server indefinitely.

THE FACTS: Weeks after a cybersecurity firm presented flawed findings in a Republican-backed review of the 2020 election in Maricopa County, a U.S. House Oversight Committee hearing on the controversial election review on Thursday led to a new array of false claims online.

Twitter users shared one clip of Republican Rep. Andy Biggs of Arizona questioning Republican Maricopa County Supervisors Bill Gates and Jack Sellers, along with baseless claims that the county made a shocking admission.

Maricopa County even went so far as to say it would be a crime for them to delete files.

#RealAuditorsDont: Release false “conclusions” without understanding what they are looking at. @Maricopavote did not delete tabulation data. Board will lay out facts in Monday meeting. Read Chairman @jacksellers statement here: https://t.co/ZvUVXL0UbR #AZSenateAudit pic.twitter.com/yG76BVQw7k

Why weren’t these files maintained for 22 months in compliance with federal law?

Why didn’t they deliver this information as subpoenaed?

Why is Bill Gates now acting as if he did not say the files were deleted?

Watch the clip from the Congressional hearing where they deny that the archived data was part of the subpoena for all elections records.