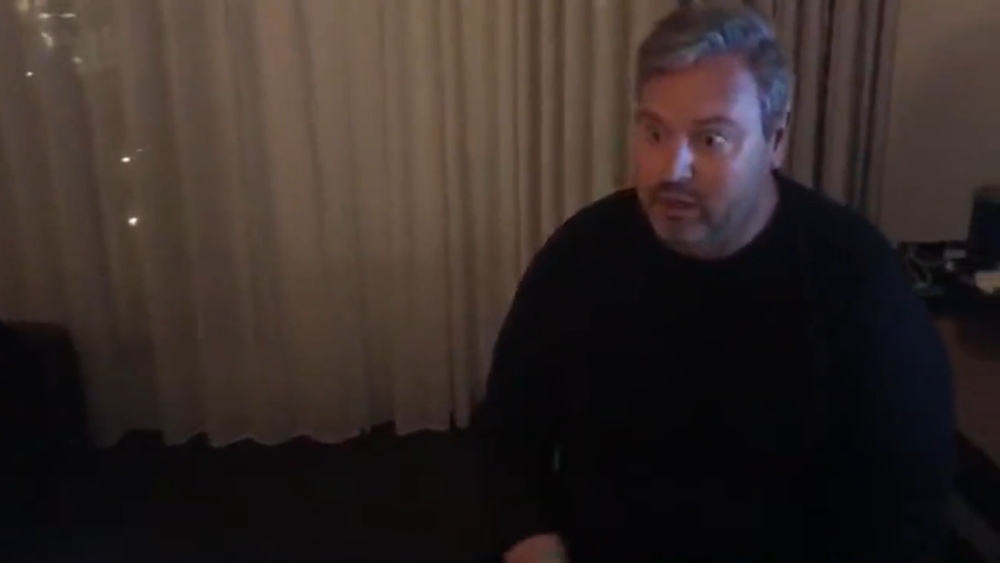 (Natural News)
A high-ranking Facebook executive has been fired by the company after he was allegedly caught soliciting sex from a minor during an amateur undercover sting operation in Columbus, Ohio, a video of which was then posted online.

Jeren Andrew Miles, 35, of Palm Springs, Calif., allegedly sent explicit sexual text messages to a 13-year-old boy and then sought to make arrangements to meet with him at the Le Meridien Columbus hotel, according to the video which was posted to the YouTube channel “Predator Catchers Indianapolis” earlier this month.

Miles was serving as manager of Community Development at Facebook/Meta but a spokesman confirmed to The Daily Caller that he is “no longer with the company.”

“The seriousness of these allegations cannot be overstated,” the spokesperson told the outlet. “The individual is no longer employed with the company. We are actively investigating this situation and cannot provide further comment at this time.”

In the video, the anti-pedophile activist group busted Miles at the hotel before he subsequently agreed to give the team an interview. “This is so wild. Facebook/Meta’s Manager of Community Development, Jeren A. Miles, was allegedly caught in an amateur child sex sting. YouTube channel ‘Predator Catchers Indianapolis’ live-streamed their interrogation of him,”

This is so wild. Facebook/Meta’s Manager of Community Development, Jeren A. Miles, was allegedly caught in an amateur child sex sting. YouTube channel “Predator Catchers Indianapolis” live-streamed their interrogation of him. Read my breaking report:https://t.co/V0iePnkwKR pic.twitter.com/D1aw1BDdeP

During the interview, Miles did admit that he sent some sexually explicit messages to a person he believed to be a 13-year-old boy, as he states in the video.

“I was flirting, I was talking to him,” Miles said, but claimed: “There was never any intention of meeting up with him.” Later, he admitted that he did arrange for the purported boy to meet with him after sending him “information” and a “location.”

Miles serves on the board of directors for LGBTQ+ group, Equality California. He has since deleted his social media accounts on LinkedIn, Twitter, Instagram and Facebook. Miles previously worked as the Director of Community Affairs for Lyft, according to an archive on LinkedIn, according to The Post Millennial’s Andy Ngo’s website. In addition to community activism, Jaren Miles visited the Boys and Girls Club of Winnipeg when he worked for Lyft. According to his now-deleted Twitter account, Miles said he was looking forward to partnering with the Boys and Girls Club of Winnipeg, providing them with rideshare opportunities.

A spokesperson for Predator Catchers Indianapolis told Ngo in an email that the group provided details of the situation to both the Columbus, Ohio and Palm Springs, Calif. police departments. It’s not clear if either agency is conducting a further investigation, however, though that seems likely given the nature of the alleged crime.

“The man in the video’s name is Jeren Miles, 36, of Palm Springs, California. Our team members gained access to his room by knocking on his door and telling them why they were there. He then invited them in for a conversation about his online activity” the spokesperson told Ngo.”

Screenshots of the online conversation are being finalized and will be sent to the Columbus, Ohio and Palm Springs, California Police Departments later today,” the person added.

“Eric Schmutte, the man recording the live stream and one-half of ‘Predator Catchers Indianapolis,’ tells me he is sending all the chat logs and evidence to law enforcement in Columbus, Ohio and Palm Springs, Calif., where Miles purportedly lives,” Ngo reported further.

Another day, another perv linked to Facebook taken down.