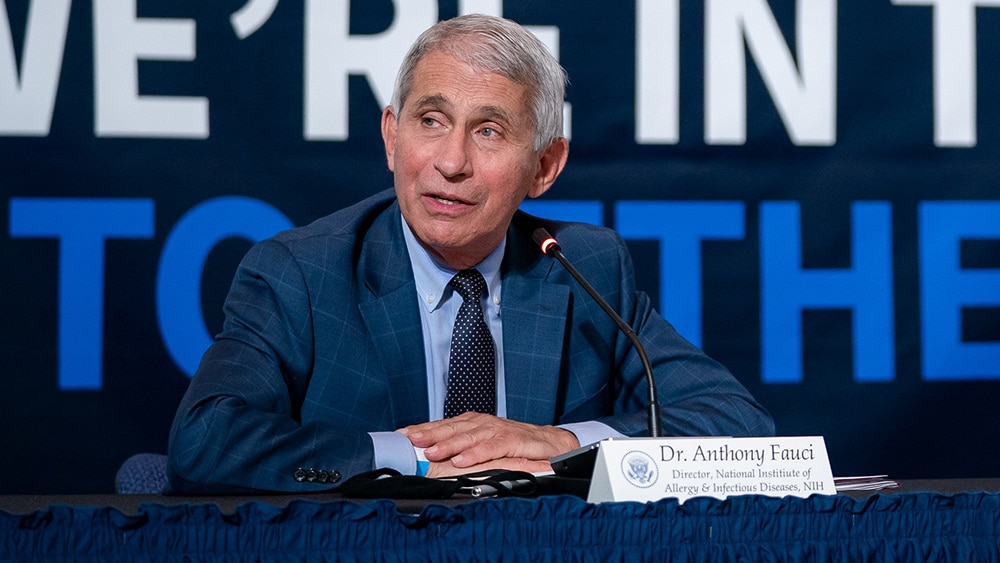 (Natural News)
Former U.S. Centers for Disease Control and Prevention (CDC) director Robert Redfield alleges that Tony Fauci of the National Institute of Allergy and Infectious Diseases (NIAID) “knew” full well that he was funding illegal gain-of-function research that might lead to a deadly plandemic.

Referring to the lab origin theory of covid, Redfield told former Senate Finance Committee investigator Paul Thacker recently that Fauci was fully aware at the time that millions of American taxpayer dollars were being funneled directly into bat coronavirus tampering operations that are illegal here in the United States, but that are something of a free for all in places like China and Ukraine.

Not only was Fauci fully aware of what that money was going towards, according to Redfield, but he also deliberately “misled Congress” when he denied to Sen. Rand Paul (R-Ky.) and others that he had any involvement in illicit gain-of-function bat coronavirus research.

“Nothing’s going to happen as long as the Biden administration is there,” Redfield added about Fauci while also claiming that he and Fauci “are friends,” though the two “don’t agree on this at all.” (Related: Redfield claims he was “threatened and ostracized” for suggesting that covid came from a lab.)

Redfield went on to tell Thacker that “everyone had to agree to the narrative” that was being pushed by Fauci and then-National Institutes of Health (NIH) director Francis Collins, another co-conspirator behind the scamdemic, that the Fauci Flu came from a “wet market” in Wuhan.

Redfield and others claim that covid probably came from the Wuhan Institute of Virology, which is said to be communist China’s only level-four biosafety lab. The WIV, we now know, is directly funded by Fauci.

In the “second or third week in January,” Redfield says he told Fauci that he was “very concerned” about Fauci “championing this theory that it came from animals.” Certain elements of SARS-CoV-2, we are told, bear elements indicative of tampering, including the furin “cleave site” of the alleged virus.

This, according to Redfield, shows that the Chinese Virus was not a random and unfortunate occurrence in nature, but rather a deliberately manipulated potential bioweapon – though Redfield stops short of claiming covid’s release was intentional.

“This thing was manipulated, orchestrated,” Redfield says. “That cleavage site was created.”

The corporate-controlled media has expressed upset with Redfield in the past for making this same claim. He is once again making the media rounds to reiterate his position, which has supposedly caused him to receive death threats.

“I was threatened, my life was threatened. I have letters I got from prominent scientists that previously gave me awards telling me that the best thing I could do for the world was to shoot myself because of what I said.”

“The whole thing is scientific arrogance. There was an arrogance that they could contain this, that it wouldn’t escape it. I worked with the Chinese CDC for many years while in the military and while at the University of Maryland. And viruses get out of labs. That’s just the nature of the beast.”

In the aftermath of Russia’s invasion of Ukraine, it was stated by the former Soviet Union that there are dozens of U.S.-operated biolabs similar to the WIV that operated throughout Ukraine.

“Russia says Biden and Fauci had invested in 36 biological warfare laboratories in Ukraine,” one commenter wrote.

Another suggested that Redfield is just playing a role in the good cop-bad cop plandemic narrative since he claims covid is real when the alleged virus has still never been proven to exist (the real bioweapon, many say, is disguised as the “vaccine”).

If covid-related news interests you, more of it is available at Pandemic.news.