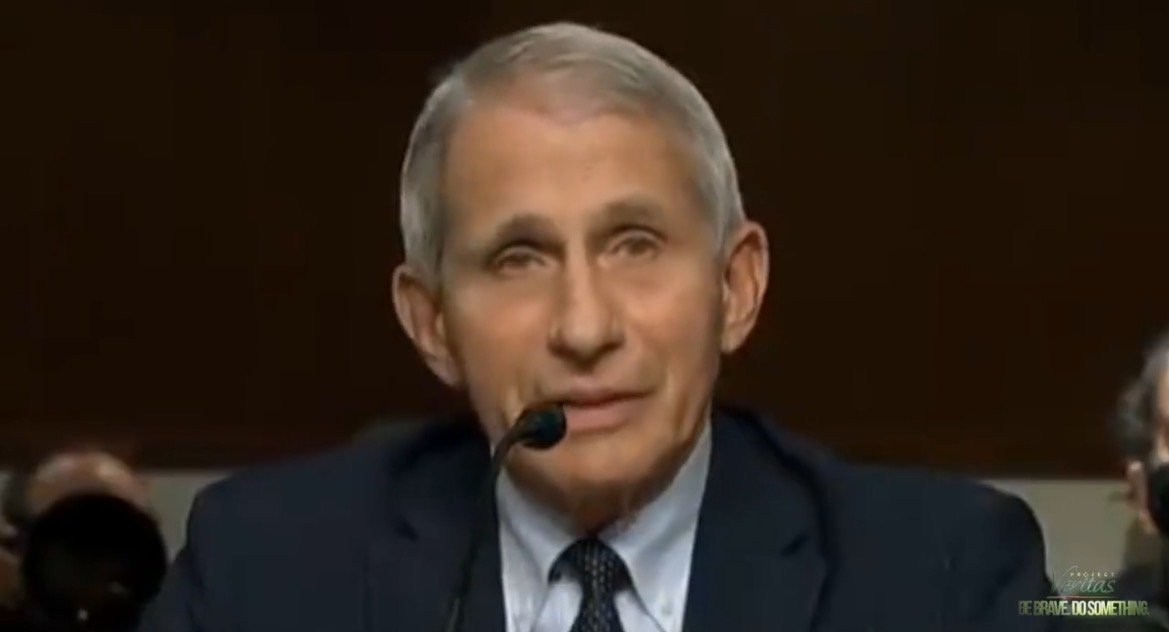 During his Senate testimony, Dr. Anthony Fauci was caught on a hot mic lashing out at GOP Senator Roger Marshall for asking him about the bombshell Project Veritas report on gain of function research funding.

Fauci just called Senator Roger Marshall a moron because he disagreed with Fauci and said “Jesus Christ” in a derogatory way. This little tyrant can’t keep his cool if anyone questions him. Sen. Marshall is a doctor and Army Vereran! #FireFauci pic.twitter.com/p6gHizlUYe

Marshall accused Dr. Fauci of being “completely dishonest” about his disclosures being readily accessible to the American people.

TRENDING: MUST-SEE VIDEO: J6er Micajah Jackson CONFRONTS AZ Man Luke Robinson on Video Who Was in US Capitol WITH A GUN and Was LATER REMOVED from FBI Most Wanted List

🚨🚨 BREAKING! I obtained Dr. Fauci’s previously unpublished financial disclosures. Dr. Fauci was completely dishonest about his disclosures being readily accessible to the public which is why I am releasing them now.

The records show that Dr. Fauci makes more than even President Joe Biden and is the highest-paid federal employee. Dr. Fauci earns $434,312 annually.

The disclosures also showed he gets over $100,000 a year from royalties from medical textbooks, was paid to attend four galas, and that he and his wife are worth a combined $10.4 million.

All his accounts are with Charles Schwab: the most valuable of the three disclosed being a Schwab One Trust containing $5,295,898.92.

Between them, the pair are worth $10.4 million.

Sen. Roger Marshall (R-Kan.) is hoping a hot-mic moment with Dr. Anthony Fauci earlier this week leads to a groundswell of support for his bill that would force the publication of White House officials’ financial records.

The bill, formally titled the Financial Accountability for Uniquely Compensated Individuals (FAUCI) Act, would also require the Office of Government Ethics (OGE) to publish a list of government officials whose financial disclosures are not publicly available, according to multiple outlets.

For the antidote to media bias, check out ProTrumpNews.com!