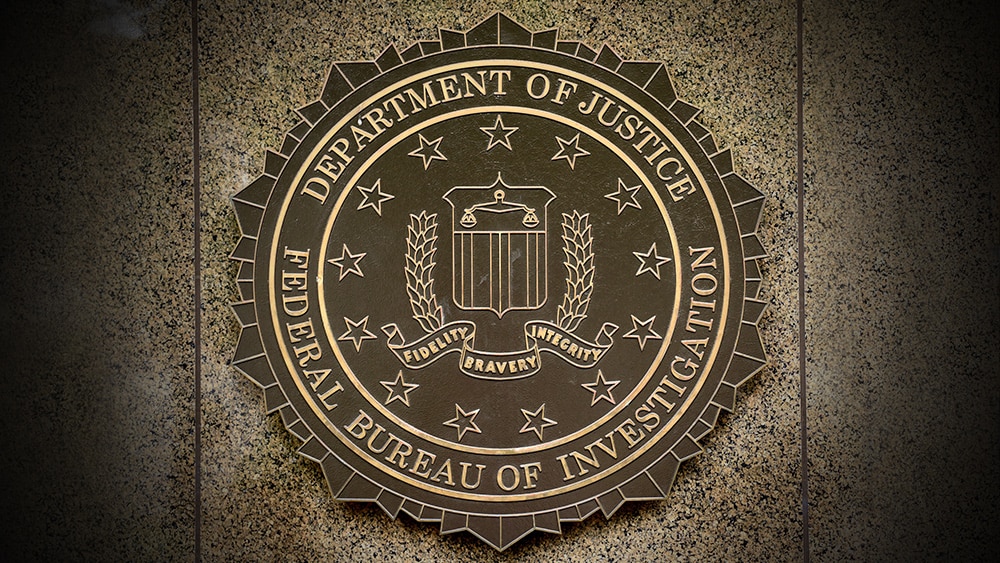 Around 25 to 30 FBI agents swarmed his property in rural Kintnersville, Pennsylvania, at 7:00 a.m. “Having quickly surrounded the house with rifles in firing position, ‘they started pounding on the door and yelling for us to open it,’” Houck’s wife, Ryan-Marie, told LifeSiteNews.

After pleading with the agents to calm down for the sake of his seven children who were all present and crying, Houck opened the door. Ryan-Marie recalls “they had big, huge rifles pointed at Mark and pointed at me and kind of pointed throughout the house.”

“The kids were all just screaming. It was all just very scary and traumatic,” Ryan-Marie told the pro-life news outlet.

At first the agents refused to produce a warrant for Mark’s arrest, but when Ryan-Marie insisted, they gave her the “first page” of it and told her they were taking him to “the federal building in downtown Philadelphia.” The warrant claimed that Mark had attacked a patient escort at an abortion clinic, in violation of the Freedom of Access to Clinic Entrances Act, a measure enacted in 1994 to “squelch legitimate political protest activity,” according to the National Legal Foundation.

The charge, according to Ryan-Marie, stems from a case already thrown out of Philadelphia District Court. The background of the case is this: Mark is a weekly sidewalk counselor at two abortion clinics in Philadelphia. (Sidewalk counseling is law-abiding crisis intervention that takes place on public property outside abortion mills and provides life-affirming options to women who otherwise feel they have no alternatives.)

Ryan-Marie described the situation that the Philadelphia court deemed inconsequential:

On several occasions when Mark went to sidewalk counsel last year, he took his eldest son, who was only 12 at the time, she explained. For “weeks and weeks,” a “pro-abortion protester” would speak to the boy saying “crude … inappropriate and disgusting things,” such as “you’re dad’s a fag,” and other statements that were too vulgar for her to convey.

Repeatedly, Mark would tell this pro-abortion man that he did not have permission to speak to his son and please refrain from doing so. And “he kept doing it and kind of came into [the son’s] personal space” obscenely ridiculing his father. At this point, “Mark shoved him away from his child, and the guy fell back.”

“He didn’t have any injuries or anything, but he tried to sue Mark,” and the case was thrown out of court in the early summer.

According to court documents, the defendant is alleged to have twice assaulted a man because he was a volunteer reproductive health care clinic escort. The charges stem from two separate incidents both on October 13, 2021, which occurred at the Planned Parenthood Elizabeth Blackwell Health Center on Locust Street in Philadelphia, where Houck allegedly assaulted the victim, a 72-year-old man, identified in the Indictment as “B.L.,” because B.L. was a volunteer escort at the reproductive health care clinic. In the first incident, B.L. was attempting to escort two patients exiting the clinic, when the defendant forcefully shoved B.L. to the ground. In the second incident, the defendant verbally confronted B.L. and forcefully shoved B.L. to the ground in front of the Planned Parenthood center, causing injuries to B.L. that required medical attention.

Neither the press release nor the indictment indicate the specific nature of B.L.’s injuries “that required medical attention.” Additionally, the court docket does not list an attorney for Houck.

The press release quotes Jacqueline Maguire, special agent in charge of the FBI’s Philadelphia Division, saying that “violating the FACE Act by committing a physical assault is a serious crime for which the FBI will work to hold offenders accountable.”

The FACE Act “makes it a federal crime to use force with the intent to injure, intimidate, and interfere with anyone because that person is a provider of reproductive health care.”

If convicted, Houck could be sentenced to as many as 11 years in prison, three years of supervised release, and fines up to $350,000.

U.S. Magistrate Judge Richard A. Lloret signed the warrant for Houck’s arrest. According to Law & Crime, Lloret rose to his current position during the Obama administration, having been selected by a district court judge, not directly appointed by Obama. Lloret later set bail at $10,000. The judge’s release order “requires Houck to surrender his passport, restricts his travel to the Eastern District of Pennsylvania unless he receives permission to leave from Pretrial Services, and requires Houck to surrender any firearms he may possess. The order also bans Houck from contacting any witnesses to the alleged crimes and bans him from ‘protesting and/or sidewalk counseling’ at the facility where the events unfolded. Other conditions include a promise not to commit any federal, state or local crimes during the period of release.”

Pro-life friends Joe and Ashley Garecht launched a GiveSendGo appeal soon after the FBI raid on the Houck’s home. The campaign is within $9,000 of its $200,000 goal as of September 26.

The Garechts describe Houck as founder of The King’s Men, “an organization that forms men to act as leaders and protectors in their families and communities, especially in the fight to end abortion.” They also claim the incident at the Philadelphia clinic is captured on video.

But that hasn’t stopped Planned Parenthood and the Biden Administration. With no prior warning, and in spite of the fact that Mark is represented by an attorney, Biden’s Justice Department sent a fully armed SWAT team into a home full of young children at daybreak, to arrest a father for protecting his son.

Planned Parenthood and its pro-abortion allies want to send a message of fear to the pro-life community of Pennsylvania. But we have a different message to share:

We will not back down, we will not stop fighting to protect the lives of Pennsylvania’s unborn children, and we WILL NOT TOLERATE the harassment of our leaders by a corrupt and politicized justice system.

The campaign stipulates that donations collected through GiveSendGo are intended “help the family with any necessary expenses” in relation to Mark’s arrest and trial.

Meanwhile, Ryan-Marie says she is trying to help her children deal with the stress of what they witnessed. “After they had taken Mark, and the kids were all screaming that he was their best friend, the [FBI agents on her porch] kind of softened a bit,” she told LifeSiteNews. “They looked pretty ashamed at what had just happened.”

Nevertheless, she is seeking professional psychiatric support for her children. “I don’t really know what’s going to come of it when you see guns pointed at your dad and your mom in your house when you first wake up in the morning,” she said.