FedEx announced plans to go all-electric by 2040; promises to pull carbon out of the atmosphere, depriving food crops of nutrition 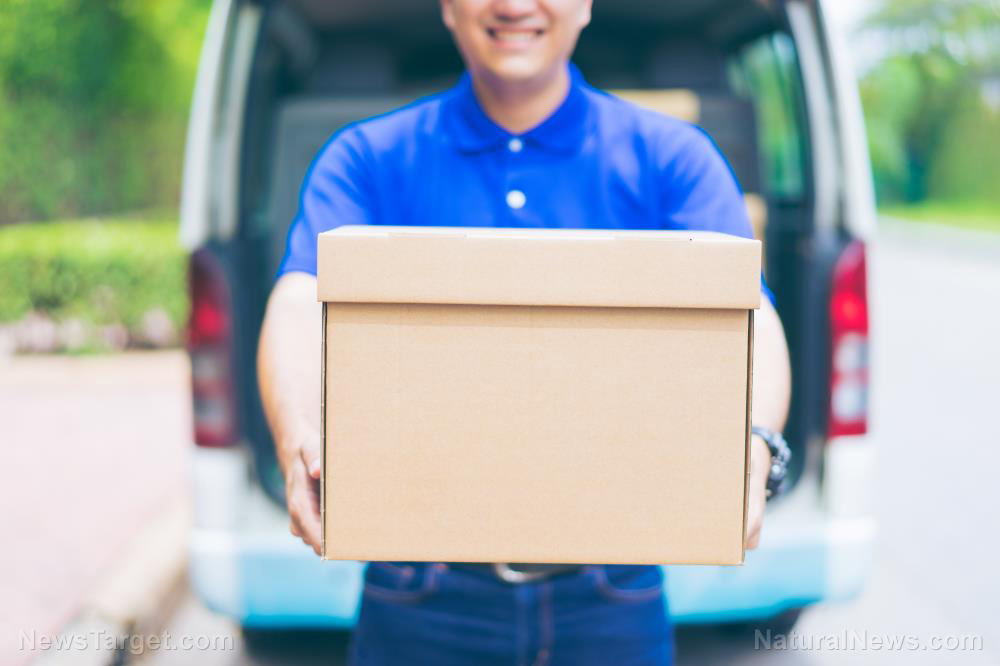 (Natural News)
FedEx’s entire parcel pickup and delivery fleet will be zero-emissions by 2040, the delivery giant announced on Wednesday, March 3. The company said it plans to make its global operations completely carbon-neutral, a term steeped in obfuscation and half-truths.

To do so, the company has committed an initial investment of $2 billion into vehicle electrification, sustainable energy and carbon sequestration, which would pull CO2 out of the atmosphere, lowering the amount of carbon nutrition available for plants and food crops. FedEx is the latest in a long line of companies committing to carbon neutrality as industries continue to alter their practices to combat so-called climate change.

FedEx Chief Executive Officer Frederick Smith said that they have a “responsibility to take action in addressing climate change.” As such, they have developed a roadmap to achieve their goal of carbon neutrality.

Meanwhile, Mitch Jackson, chief sustainability officer at FedEx, said that the “long-term health” of the delivery industry is directly linked to the health of the Earth. Therefore, any steps the company takes today will “contribute a positive impact for generations to come.”

Jackson also said FedEx has already been using some electric vehicles (EVs) for at least a decade. However, the technology only became available for widespread use recently. Jackson also said electrifying the fleet will save operational costs because electricity is cheaper than fuel. EVs also need less maintenance than gasoline cars.

Furthermore, FedEx said it will continue to invest in alternative fuels to further reduce emissions from vehicles and aircraft the company uses. FedEx will also work to reduce fuel consumption in its aircraft. In addition, FedEx will now begin offering “carbon-neutral shipping,” as well as sustainable packaging options.

FedEx will also give Yale University in Connecticut $100 million to develop the Yale Center for Natural Carbon Capture. The center is designed to research methods of carbon sequestration to remove and store excess carbon emissions, with an initial focus on helping offset greenhouse gas emissions, FedEx said.

The center is also crucial to the Planetary Solutions Project of the university, reported YaleNews. The project is a campus-wide effort to develop integrated and powerful solutions to the climate crisis.

The $2 billion from FedEx will be used to support new professorships in science and engineering at the Faculty of Arts and Sciences and the Yale School of the Environment (YSE). YSE Dean Ingrid Burke said that increasing carbon capture and storage is a complex challenge that Yale is prepared to meet.

FedEx keeps up with competitor USPS

The announcement from FedEx comes only a week after the United States Postal Service (USPS) announced its new 10-year, multibillion-dollar contract with Wisconsin-based Oshkosh Defense. The USPS has been in competition in recent years with companies like FedEx, United Parcel Service (UPS) and Amazon.

The contract will replace and expand the postal service’s existing, aging fleet of over 230,000 vehicles. Roughly 190,000 of these are delivery trucks, and many have been in service for over 30 years.

The contract calls for the USPS to order 50,000–165,000 new trucks. The trucks would come with a number of high-tech features, including 360-degree cameras, advanced breaking and a collision-avoidance system that includes both visual and audio warnings.

The new vehicles will feature a new combined battery-electric and internal combustion engine. This engine will be retrofitted to meet the latest advances in EV technology. The contract will also include a $482-million investment from USPS to Oshkosh Defense to finalize the vehicles’ design and to conduct testing.

The new and improved trucks could start appearing on the road by 2023. In a press release, Louis Dejoy, USPS’ postmaster general, said that their fleet modernization reflects the agency’s commitment to a more environmentally sustainable mix of vehicles.

DeJoy added that they are committed to pursuing near- and long-term opportunities to minimize the impact of their service on the environment. (Related: The big electric vehicle LIE: Electric cars are not “zero emissions,” and their ecological impact is actually dirtier than diesel trucks.)