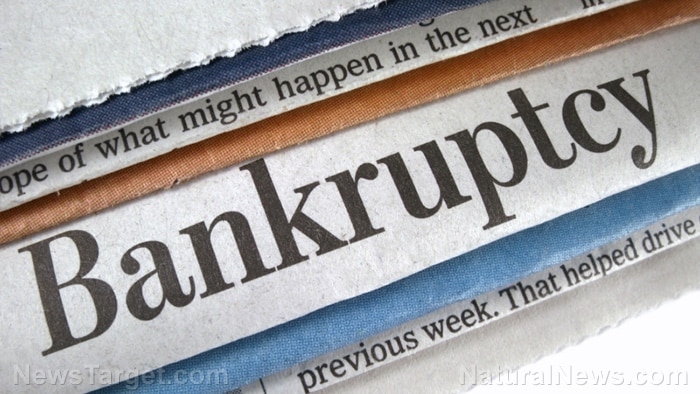 (Natural News)
Genesis, a digital asset brokerage firm, is reeling from the fallout of FTX’s collapse as it struggles to stave off bankruptcy.

The company has warned potential investors that it may need to file for bankruptcy if its efforts to obtain fresh cash for its lending unit fail.

“We have no plans to file bankruptcy imminently,” said one representative for Genesis in a statement emailed to media outlets. “Our goal is to resolve the current situation consensually without the need for any bankruptcy filing. Genesis continues to have constructive conversations with creditors.”

This rush for funding was preceded by FTX’s liquidity crunch. Before its downfall, FTX was one of the world’s largest cryptocurrency exchange platforms. Genesis had $175 million locked in an FTX trading account that it is still unable to access. (Related: Democrats SCRAMBLING to hide evidence linking them to former FTX CEO Sam Bankman-Fried.)

Following the crisis, Genesis, like many other crypto firms, faced a rush of withdrawals. The company initially sought an emergency $1 billion loan from its investors before backtracking and instead telling the company’s clients that it was suspending redemptions and loan origination.

The company also halted redemptions from its Earn product, leaving around $700 million of customer money tied up in the program.

Genesis executives are expected to come forward with a plan for how to pay back clients by the end of the week.

Genesis approaching other companies for bailout

Genesis has reportedly reached out to multiple other firms to secure a possible investment deal, including cryptocurrency rival Binance and private equity giant Apollo Global Management.

According to sources that spoke with the Wall Street Journal, Binance has reportedly decided not to invest in Genesis, fearing that the company’s business could create conflicts of interest down the line.

Binance CEO Changpeng Zhao said earlier this month that, in response to FTX’s collapse, his company is forming a recovery fund to help “strong” cryptocurrency firms that are facing temporary cash shortages with quick loans. This criterion would immediately disqualify debt-riddled Genesis.

Genesis next approached Apollo to secure an investment. One option the company proposed was for Apollo to buy parts of the crypto exchange’s loan book. There’s no word yet from Apollo on whether it will accept Genesis’ offer, but Bloomberg suggests that Apollo is unlikely to commit to a deal.

The company’s potential bankruptcy is just the latest scandal to rock the crypto company. Earlier this year, Genesis lent $2.4 billion to Three Arrows right before it filed for bankruptcy. Genesis also owes around $1.2 billion from its own parent company, Digital Currency Group.

In August, Genesis laid off 20 percent of its 260-person workforce – or approximately 50 people – amid a restructuring. The mass layoff included its then-chief executive officer, Michael Moro.

By the end of the third quarter, Genesis reported that it had $2.8 billion in active loans. While this is significantly down from the $11.1 billion it owed that quarter a year earlier, the debt is still sufficient enough to ring bankruptcy warning bells.

Genesis is a counterparty to many in the cryptocurrency industry, and many analysts are watching the company closely and using it as a gauge for the entire industry’s strength.

Learn more about how the FTX collapse is affecting the entire cryptocurrency industry at CryptoCult.news.

Watch this clip from InfoWars as Owen Shroyer and cryptocurrency expert Aleks Svetski discuss how the collapse of FTX will be used to crack down on cryptocurrencies.