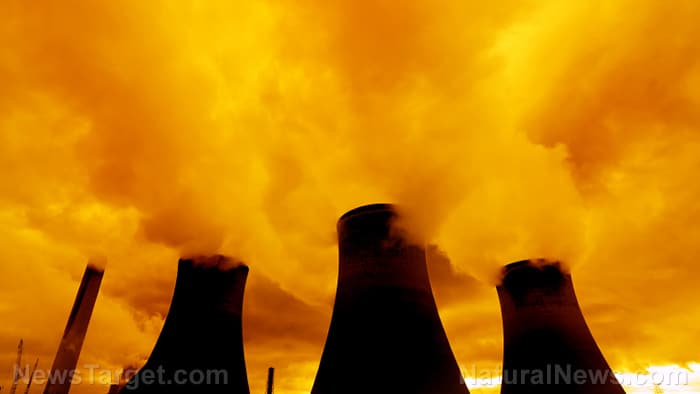 (Natural News)
Winter comes early to Germany as a leak at a nuclear plant causes the operations to be shut in for a week as repairs get underway.

The country is currently desperately attempting to stave off a winter energy crisis by most recently seizing Rosneft refinery assets. However, the PreussenElektra, a subsidiary of utility giant E.ON, reported to the Federal Ministry for the Environment, Nature Conservation, Nuclear Safety and Consumer Protection the leak at Isar 2 nuclear power plant in Bavaria on Monday, September 19, adding more pressure to the current difficulties and soon-to-be “freezing” situation.

The leak at Isar 2 means that a week of repairs in October will be necessary if the power plant is to remain operational beyond December 31, Reuters reported. The plant was already scheduled for a permanent shutdown in January next year as part of Germany’s “going green” efforts to phase out nuclear power. But given the imminent energy crisis come winter, government leaders and authorities have discussed delaying a phase-out of nuclear power.

German Chancellor Olaf Scholz rejected the idea of extending the country’s use of nuclear power and delaying the phase-out of nuclear power plants just two weeks ago. The nation’s opposition conservatives have insisted to keep the two remaining nuclear reactors online. Scholz resisted, saying that the country will have sufficient resources to make it through the winter.

According to Guardian, Scholz plans to keep the remaining two nuclear reactors as an emergency reserve, but these will not be producing any power.

The country’s move to quit nuclear power back in 2011, which included shutting down three reactors in 2021 and three more this year, has become increasingly unpopular amid an energy crisis.

At the start of September, German lawmakers announced they are going to burn coal and keep the two nuclear power plants as a last resort to get through the winter. (Related: Germany to reopen coal-fired power plants as Russia throttles Europe’s gas supplies.)

Now, they are to jump over another hurdle as they could only count on the Neckarwestheim nuclear power plant for at least a week as the Isar 2 will be under repair as their backup.

“The major crises – war and climate crises – have a very concrete effect,” Robert Habeck, the federal economics and climate protection minister said in written statements. The country is blaming the war in Ukraine for its ability to manage its energy supplies because Germany depends heavily on natural gas exports from Russia.

Citing a need for maintenance work, Russia’s state-owned energy company Gazprom is not re-opening the Nord Stream 1 pipeline, which is the primary route to supply Europe with natural gas.

Also, summer heatwaves and ongoing drought have disrupted energy sources. “The summer drought has reduced the water levels in rivers and lakes, which weakens hydroelectric power in neighboring countries and also makes it difficult for us to transport coal to the power plants that we have to use due to the tight gas situation,” Habeck said.

Back in June, Germany started opening coal-fired power plants and offering incentives for companies to curb natural gas consumption. As of this writing, the nation is relying on coal for almost a third of its electricity.

Following the green agenda, Germany has been trying to reduce reliance on coal. Scholz said the opposition Christian Democratic Union of Germany (CDU) bore “complete responsibility” for the exit from coal and nuclear power that formed part of his predecessor Angela Merkel’s Energiewende policies, which in turn raised the reliance on Russian gas.

Visit EnergySupply.news for more news related to the dwindling energy supply in Germany and across Europe.

Watch the below video that talks about Europe’s self-imposed energy crisis.

This video is from the Dune Drifter channel on Brighteon.com.