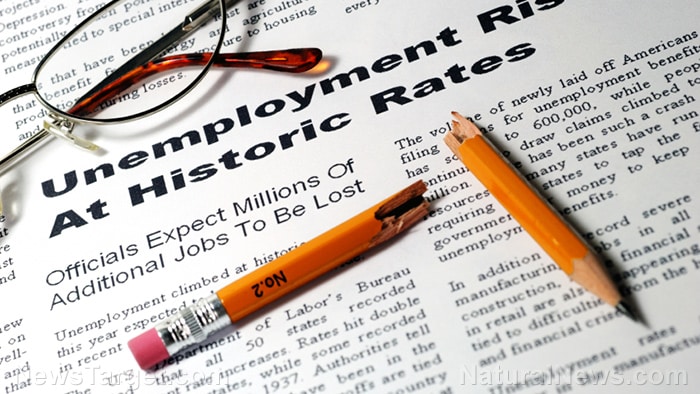 (Natural News)
The latest jobs report from the Bureau of Labor Statistics (BLS) shows that the Great Resignation is far from over, and millions of Americans are still voluntarily leaving their jobs.

According to the report, the number of unemployed Americans who quit or otherwise voluntarily left their jobs and immediately began looking for new employment rose to 15.9 percent in September. This is the highest recorded level of “job leavers,” as they are called, since 1990. (Related: Mass layoffs incoming: 50% of employers plan to cut jobs in the next 12 months.)

This trend has continued despite the worsening economic situation, which has led to companies laying off workers or announcing hiring freezes. This suggests that many Americans still feel they can get a better job if they leave their current one.

Survey data support the BLS’ latest report. Julia Pollak, chief economist at the employment website ZipRecruiter, said 25 percent of job seekers told the site last month that they feel so confident in the availability of jobs that they’re willing to quit their current work even without having another lined up.

“It’s really an indicator of how hot and how strong this labor market is,” said Nick Bunker, the North America economic research director for employment website Indeed.

The jobs report shows that the overall unemployment rate is 3.5 percent, the same level as in 2019, showing that the country’s economy still has not recovered.

Employees who stay are affected by Great Resignation

The massive wave of people resigning from their posts is also affecting the people they leave behind at the offices. Data from the BLS show that the American workforce is not as productive as just a year ago.

Pollak noted that the “economic ennui” in the economy, as she called it, began in early 2020. This was when nearly 20 million people were laid off in a matter of weeks due to the economic restrictions placed due to the Wuhan coronavirus (COVID-19) pandemic.

As millions of people resigned or were laid off, existing employees were often worked to the point of burnout by their bosses. New hires with significantly less experience were regularly brought on with higher wages. Workers who did not experience pay bumps came away from all of this feeling like they were no longer being rewarded for their hard work, noted Pollak.

“That’s really discouraging to top performers,” she added. The result of this economic ennui is a drop in productivity.

The report noted that productivity is down 4.1 percent on an annualized basis. This is the biggest decline in worker productivity since the government started keeping track of this statistic in 1948. Worker productivity never experienced massive decreases like this until now.

Pollak noted that other factors are likely contributing to the drop in productivity, but she is certain that burnout, frustration and ennui are significant parts of it. Productivity is the fuel of the economy, she said, and if it continues to decline, “the U.S. economy will shrink, quality of life will go down, opportunities will dry up and innovation and ideas will go elsewhere.”

Brian Bouser, 22, of Louisville, Kentucky, was one such worker affected by this growing despair in the workforce. His boss at the car rental company where he worked for $25 an hour informed him through text that his pay was going down to $13.50 an hour without any explanation.

Bouser noted that the pay of all of his co-workers was also cut in half, and this experience made him question whether all the time he spent working hard meant anything.  “I used to think that having a job would make me secure. I no longer think that,” he said.

“The job was, basically, you drive for six hours a day in a circle,” he said. “And at the end of it, you’ve just gotten nowhere.”

Learn more about the state of America’s economy at EconomicRiot.com.

US unemployment claims rise to highest level in eight months.

Jobless claims surge to highest level in 6 months as employers cut jobs due to weakening economy.