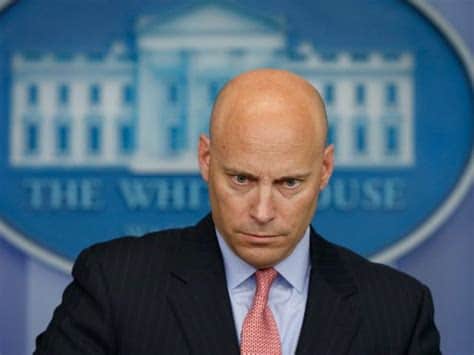 President Trump’s confidant Peter Navarro was on the War Room with Steve Bannon and he shared the following about VP Pence’s Chief of Staff:

You start with Marc Short is a tool of the Koch Brothers. Who are the Koch brothers? They’re worth $50 billion. David died last year but the network lives.  The Koch brothers are the biggest anti-MAGA movement in the whole entire Republican Party.  They were dedicated, both in 2016 and 2020, to wipe out President Trump because they love the tax breaks, they love the deregulation, but what they don’t love is everthing for the deplorables, the fair trade, the secure borders and defense spending…

…The last thing the Koch brothers want is to pay another dime to the deplorables of this country.

Now, Marc Short in 2016 pitched an idea to the Koch brothers where he was going to wipe out the Donald on Super Tuesday.  He worked for Rubio and he came into that White House, he was incompetent.

He failed as a legislative director, he failed running the task force for the Vice President, but he did tremendous damage because what he would always do is block whatever MAGA things that wanted to get done.  He really was responsible for some of the failures of that task force to move.

I had to push that task force with memo after memo to get him off his butt and he’s not a good guy.

What Marc Short is about is getting Pence to be President of the United States or if he can’t do that to at least be rich.  So that’s his mission…but Mike Pence basically left the Presidential race on January 6th…

…What he did that day on the advice of Marc Short was to cut and run from the President of the United States and from the Constitution because you know what was going to happen on that day, Steve.  It wasn’t violence it was the Green Bay Packers sweep where we were going to pull six different states and pull those out and force under the Constituion for those votes to be looked at and counted.

And Marc Short, Marc Short was the guy who prevented that and there were people who were trying to get to the Vice President in the last 10 days before that date and Marc Short put a wall about.

See video of the interview below: