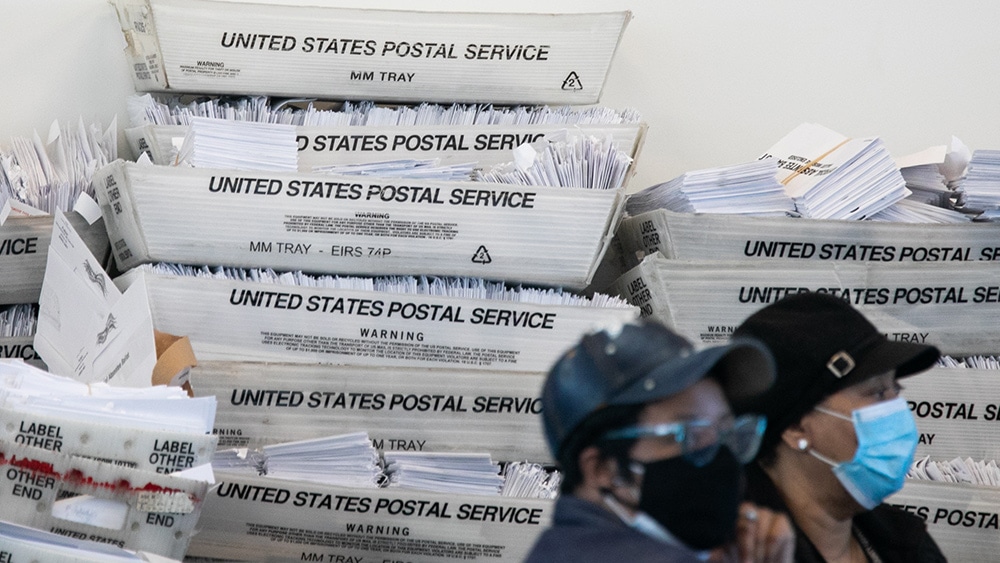 (Natural News) Last week, Democrats in Congress officially launched their efforts to destroy state voting laws and rules that make elections fair and balanced after the House passed the grossly misnamed “For the People Act.”

According to the Donkey Party, the bill standardizes voting rules in each state and strengthens “democracy” (where have we heard that lie before?) but in reality it sets up a system that will make it impossible for opposition candidates, mostly Republicans, to win national elections.

And that’s outside of the fact that this monstrosity is patently unconstitutional. While our founding document does give Congress some role in making election laws, Article II, Sect. 2 specifically designates state legislatures as the principal entities that decide the “time, place and manner” of elections: Who is legally able to vote, how, when and where.

In an analysis of the act, Victoria Taft at PJ media listed several ways it will destroy voting integrity:

No more voter ID and verification: This rule is absurd on its face, for if the objective, as Democrats claim is ‘free and fair elections,’ then the number one requirement ought to be ensuring that only people who are allowed to vote can vote. And that’s what voter ID laws do — they ensure that voters are legally able to vote, not casting a ballot where they shouldn’t, and not casting more than one vote. But this provision of the bill considers voter ID requirements an “impediment” to casting ballots — sure, like having to show an ID to buy liquor, get on a plane, or enter a federal building is an ‘impediment.’

States must register teens: Another provision requires states to register 16- and 17-year-olds despite the fact that the federal voting age limit is 18 years old and currently requires the young adult to take responsibility for registering. But this is transparent: Democrats want to lower the voting age to 16 and this requirement will give them an instant pool of millions of new voters (who trend liberal in their views).

Nationwide same-day registration: This requirement removes all current requirements to ensure people are allowed to vote and are not trying to vote in precincts where they don’t live.

Mail-in balloting, ballot harvesting, early voting: The Act standardizes the chaos we saw in the 2020 election, in other words. All of these changes were made in several battleground states that Joe Biden just happened to ‘flip’ this year from Donald Trump, though Trump won the bellwether states of Ohio and Florida as well as 18 of 19 bellwether counties.

IRS empowered: The country’s tax agency should not have any role at all in our elections, but this act provides the IRS with one. In fact, this bill makes legal the very illegal act of imposing political ideological purity tests on any group seeking tax-exempt status, like what happened ahead of Obama’s 2012 reelection when conservative orgs were singled out and denied status so they couldn’t engage in in political activities.

‘Individuals’ registered, not simply ‘citizens’: You know what this is about, right? Yes — getting illegal aliens registered to vote so that they can. And you know who most will vote for, right? Yes — Democrats (and Democrats know this too). Ditto for ex-cons who are otherwise currently not allowed to vote.

Drive-by voting: This provision is just what it sounds like — allowing people to simply drive by a polling place and drop off a ballot (or ballots) by banning any “curbside voting” limits.

Voting drop boxes: These were used to great effect in states like Wisconsin to give Biden his outsized victory and the bill actually mandates these. The catch? They aren’t monitored so anyone can put ‘ballots’ in them and of course those ballots must be counted.

Doxxing PAC contributors: Under the lie of ‘transparency,’ the bill exposes people who donate to political action groups; even the left-wing ACLU says this provision will chill free speech, not to mention put donors at risk of retribution at the workplace or physically.

There’s more in the bill, Taft says, but these are the worst provisions. Now it goes to the Senate where it’ll likely die because there, at a 50-50 split with the GOP, Democrats don’t have the filibuster-proof 60 votes to pass it.

But that doesn’t mean they won’t kill the filibuster and then pass it.