“He’s Not The Same Anymore” – Mom Sues LAUSD after Officials at Barack Obama Academy Allegedly Bribed Her Son Into Taking the Experimental Vaccine Behind Her Back, Causing Him to Suffer Serious Side Effects 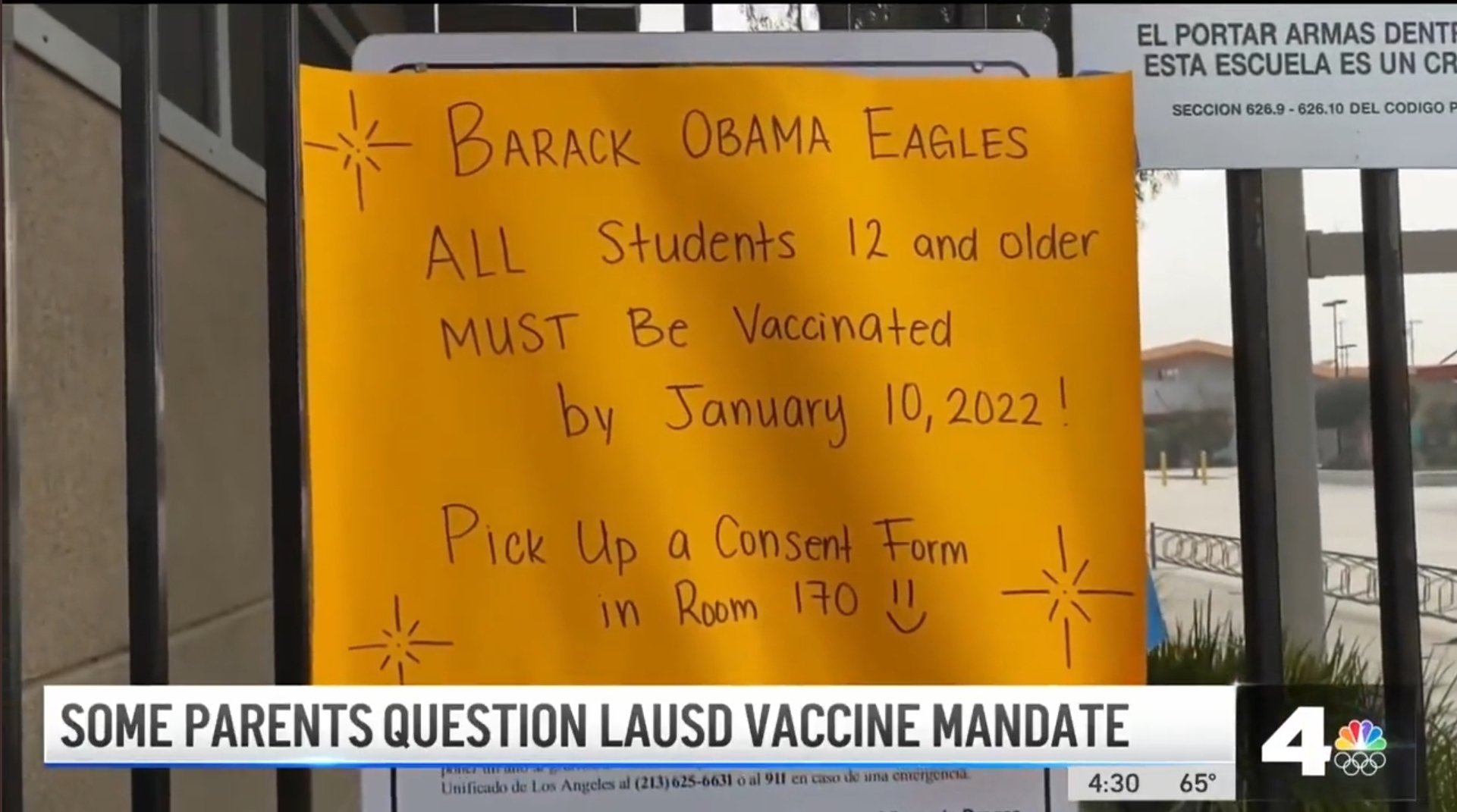 Despite US public health ‘experts’ approving the experimental jab for children (who have an astonishing 99.995% or higher recovery rate from Covid-19) wasn’t bad enough, radical activists masquerading as ‘educators’ are actively attempting to subvert the will of American parents by manipulating young students into taking the vaccine without parental consent.

Unfortunately, this horrific agenda has begun to take its toll. This week, the mother of a 13-year-old student at Barack Obama Global Preparation Academy officially filed a lawsuit against the Los Angeles Unified School District (LAUSD) after school officials allegedly bribed her son to get vaccinated against Covid-19 behind her back.

He is “not the same anymore,” according to his mother, Maribel Duarte, who spoke with Fox11 Los Angeles.

“He’s not the same anymore. He’s lacking rest; he doesn’t sleep well. He doesn’t do exercises the way he did. He’s not normal to me.”

Duarte alleges that her son was vaccinated by school officials against her expressed wishes after school officials offered him pizza in exchange for taking the jab. The thirteen-year-old allegedly was told to  (and complied with) forging his mother’s signature on his vaccination waiver.

At the time of the incident, Duarte explained that school officials begged her son “not to say anything” so that they would not “get in trouble.”

“The lady that gave him the shot and signed the paper was the one that told my son ‘please do not say anything, I don’t want to get in trouble.’”

They knew exactly how wrong they were, yet, they did it anyways. This is pure evil.

Duarte says she was absolutely mortified when she was finally made aware of the situation – only after her son brought home a vaccination card. However, there was nothing she could do. The damage was already done.

WATCH: Outraged Mother Says 13-Year-Old Son Was Vaccinated Without Her Consent At Obama Global Prep Academy In LA After School Bribed Him With Pizza

The incident occurred back in December of last year, leaving her son suffering side effects immediately. But now, her son’s condition has deteriorated to the point where she is seeking accountability for what the school did to him. She has hired a legal team to pursue damages from the entire Los Angeles Unified School District (LAUSD), which houses the Barack Obama Prep. Academy.

Duarte and her lawyer, Nicole Pearson of Facts Law Truth Justice, LLP.,  announced the lawsuit during a press conference on Wednesday.

According to Fox11, Duarte made the decision to sue after both the school and the district had ignored a “damage claim” she previously filed.

As for LAUSD, officials once again refused to comment on the situation – this time because of “pending litigation.” However, back when the incident took place, an LAUSD spokesperson admitted that their vaccine propaganda program called “safe schools to safe steps” offers vaccinated students “prizes” in exchange for their compliance.

How these school officials can justify putting the needle in these children’s arms without their parent’s consent is beyond comprehension.

LAUSD should be held accountable for their efforts to usurp parents.