Homemade energy crisis? Another refinery, owned by Chevron, goes up in flames – sabotage of oil infrastructure? 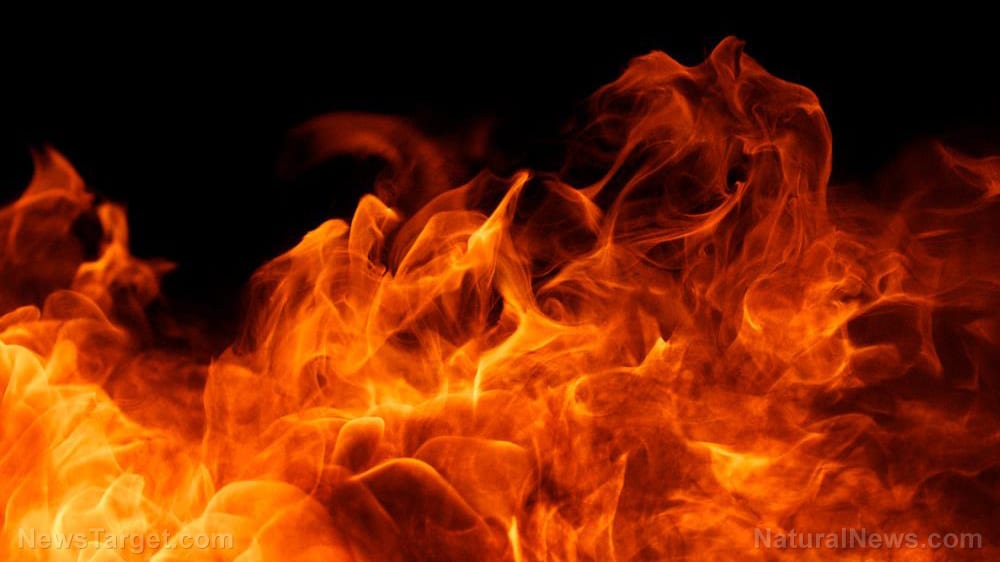 (Natural News)
The night of the midterm election, another oil refinery, this one owned by Chevron and located in El Segundo, Calif., caught fire under mysterious circumstances.

Firefighters were called to the scene, which was described as a “massive fire” – see the video below. Officials say they have no idea how the fire started.

?#BREAKING: A Chevron oil refinery is engulfed in flames

Right now multiple firefighters are battling a massive fire inside a part a Chevron oil refinery in el segundo California officials say its unclear on how the fire ignited as fire spreads pic.twitter.com/9gLgPJlZl0

The next day, Reuters reported that the “isolated fire” occurred inside Chevron’s 269,000-barrel-per-day (bpd) refinery and is now extinguished.

None of the facility’s “major processes units” were affected, the same report claimed. (Related: In September, numerous oil refineries in Ohio mysteriously caught fire and had to be shut down.)

Firefighters were able to fully extinguish the fire around 8:35 p.m. PST not long after the polls closed and votes were being counted.

A company spokesman from Chevron claims the fire did not impact the refinery’s ability to supply petroleum products to customers throughout the Southern California region.

The fire began not long before 6:13 p.m. when dispatch was called. It was considered to be a “two-level alarm” affecting El Segundo, as well as nearby Manhattan Beach, Redondo Beach, and Lose Angeles County.

According to Chevron’s website, the El Segundo refinery in question supplies 20 percent of all motor vehicle fuel across Southern California. It also supplies 40 percent of all jet fuel consumed across the southland.

The incident occurred at a time when gasoline prices across California are soaring to $6 a gallon and beyond. They dipped slightly before the midterm election, but are now expected to increase by another $1 per gallon moving into December.

Is this all just a coincidence, or are these fires and “planned work” events being coordinated to further take down America’s fossil fuel supplies, and thus our country’s energy independence?

Keep in mind that many other refineries have also been hit with mysterious fires in recent months, as have a spate of food production facilities all across the country. Is this ecoterrorism and depopulation at work?

“Joe said no more oil,” wrote a commenter about the matter, referring, of course, to fake president Joe Biden and his anti-fossil fuel agenda. “First it was food supplies; now they are going after fuel capabilities.”

Another wrote that “they do this every time they need an excuse to increase prices even further.”

“It’s part of their playbook,” this person added.

If this is all planned as many believe it is, then the country, and presumably the world, is about to undergo a massive de-industrialization transformation, which means lots of depopulation as well.

“The ‘green’ movement will take us back to the Stone Age,” interjected another commenter. “There is no such thing as ‘global warming.’ Even the term ‘fossil fuels’ is a misnomer. The earth produces all the energy we need.”

“This will adversely affect the prices California consumers pay at the pump,” added another to the conversation – though many would contend that the rest of the country will suffer, too.

“Only thing is while the Chevron refinery fire will be local to CA, the halt of crude oil from SPR (strategic petroleum reserves) will have a nationwide effect.”

America’s fossil fuel energy sector is under attack. To keep up with the latest, visit Terrorism.news.