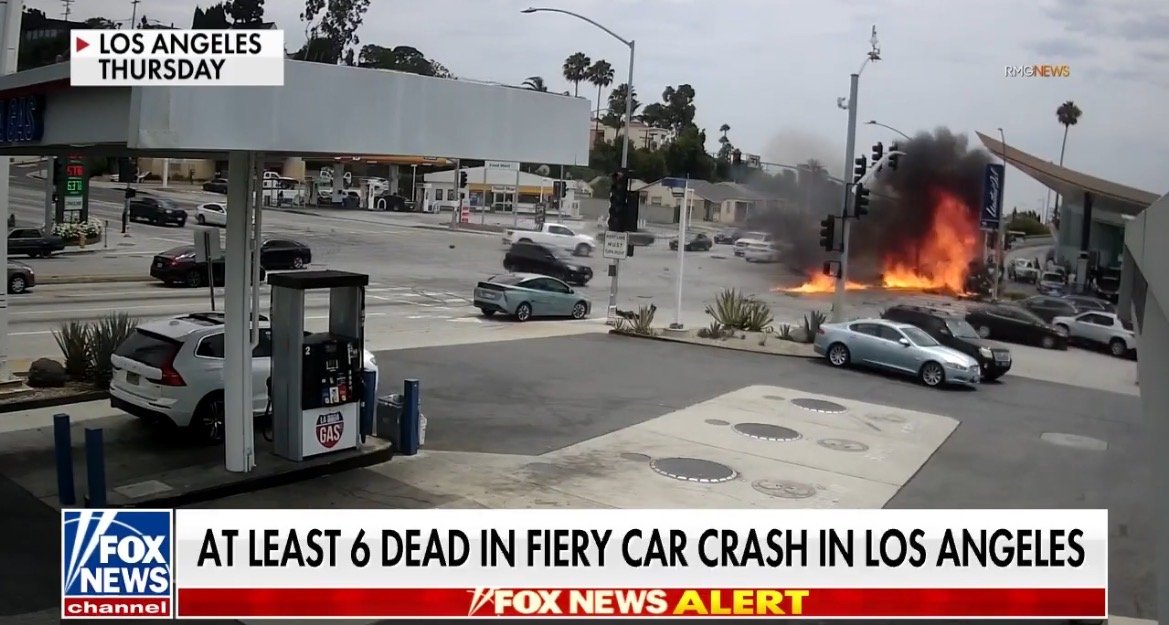 A drunk driver traveling more than 100 mph killed 6 people and injured at least 8 more after running a red light at a Los Angeles intersection on Thursday.

A pregnant woman and her baby were among the victims who died.

The baby got ejected from the vehicle and landed on the ground at the gas station.

TRENDING: Did You Know the Supreme Court Will Finally Hear a Case This Fall on Election Law — Something They Punted on Back in December 2020? — Stewart Rhodes and Jonathon Moseley Weigh In (AUDIO)

“All of a sudden a baby literally flew from the middle of the intersection to the middle of the gas station, landed right on the floor in front of me,” witness Vanessa Esquivel told KTLA. “One of the workers came and saw me with the baby and took the baby out of my hands. Somebody tried to resuscitate the baby but the baby was gone.”

The driver was identified as 37-year-old Nicole Lorraine Linton.

Linton survived the crash and had to be extricated from her car, KTLA reported.

According to reports, Linton had been drinking following an argument with her boyfriend before the crash.

Witnesses looked on with horror after a crash in the Windsor Hills Thursday that was caused by a speeding driver who ran through a red light.

Investigators believe the driver of a Mercedes was traveling at more than 100 miles per hour in a 35 mph zone when she plowed into cars at the intersection of South La Brea and Slauson avenues around 1:40 p.m., killing six people and injuring eight others.

Several people were ejected from vehicles as a result of the crash, and two vehicles were engulfed in flames, according to the California Highway Patrol.

Among those killed: 23-year-old Asherey Ryan, of Los Angeles, her unborn child and her infant.

CHP officials said the driver, who survived the crash, was arrested.

The driver was identified Friday as 37-year-old Nicole Lorraine Linton.

Police have not confirmed whether alcohol or drugs were factors in the crash, but a friend of the suspect told KTLA she may have been impaired following a fight with her boyfriend.

“She was drinking and she was not aware it was a red light because she shot straight through,” the woman said.

The crash was caught on surveillance video.

Biden Vows to “Ban Assault Weapons” in the US

Biden Vows to “Ban Assault Weapons” in the US