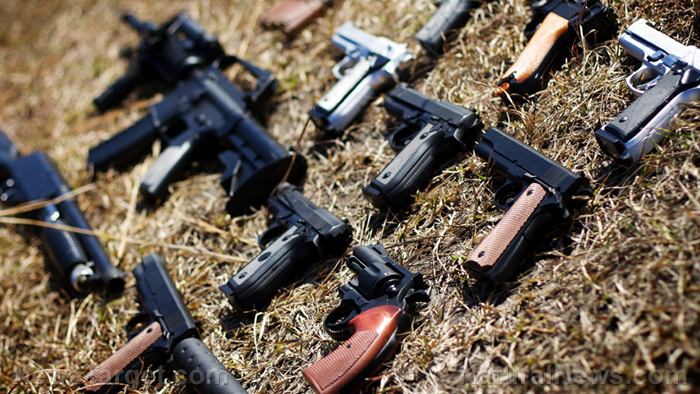 (Natural News)
A Texas man played Houston Mayor Sylvester Turner for the fool that he is by bringing a cache of homemade, 3D-printed firearms to a recent gun buyback event.

Turner’s goal is to remove as many guns from Houston as possible, though no stipulation was made as to the types of guns people could bring in for compensation. Consequently, Turner’s goons were forced to pay out $3,100 to the man for his 62 “ghost guns.”

Since the homemade firearms only cost $3 each to make, the man, who chose to remain anonymous, netted $47 in profit per weapon. And he would have continued on with his “infinite money glitch” at future events had Turner not changed the rules.

“You’ll always have people who will try and [sic] take advantage of the programs,” Turner whined following the incident. “I was there when that person brought in those guns. The reason we went ahead and did that was we had not said we weren’t going to.”

The money did not come from Turner’s own pocket, of course. It came from a $1 million pool of taxpayer dollars that Turner decided would be best spent trying to fight against the Second Amendment. (Related: Remember when Robert Scott Bell announced a “vaccine buyback” program on his radio show?)

“The goal was not personal profit, but to send [Houston leaders] a message about spending $1 million tax dollars on something that has no evidence of any effect on crime,” the anonymous man stated.

He added that he also wants city officials who wish to do this kind of thing to at least pay a fair amount for people’s guns, “use private donations rather than tax dollars, and don’t destroy historic guns.”

If anyone can 3D-print his own firearms, then what are gun buyback programs even accomplishing?

Future firearms buyback events, Turner said, will “exclude” 3D-printed guns,” as the program is “designed for people who want to voluntarily relinquish their guns.”

That is exactly what the anonymous man did, though: he voluntarily relinquished dozens of guns he personally made in exchange for a relatively small profit.

The move certainly sent a message to Turner and his goons about the stupidity of the gun buyback program in the first place. If any old Joe can home-make his own firearms for a few bucks, then no amount of government buying will make them go away any time soon.

“3D printers just exposed the absurdity of gun buy backs,” tweeted someone in response to the news.

“When there’s a gun buy-back nearby, your 3D printer become [sic] a money printer. Or no, just keep your guns.”

The Firearms Policy Coalition just laughed at the incident, which clearly shows the stupidity of anti-Second Amendment politicians like Turner who are wasting precious taxpayer dollars on foolishness that accomplishes absolutely nothing.

Apparently something similar happened to the British in India when the United Kingdom offered a bounty for each dead cobra a person brought in for destruction.

“Very soon people were breeding cobras to kill them and collect the bounty,” wrote a commenter at Zero Hedge about that lesson in history.

“That man destroyed the ghost gun narrative in one sitting,” wrote another. “And the genius even got compensated for it.”

“Politicians are evil, but they are also stupid and incompetent,” added someone else about Turner and others like him.

“Fake money buying plastic guns: that’s where we’re at,” chimed in another.

“This once again shows that pretty much any private citizen can outsmart a stupid politician,” said someone else, echoing the sentiment of the others.