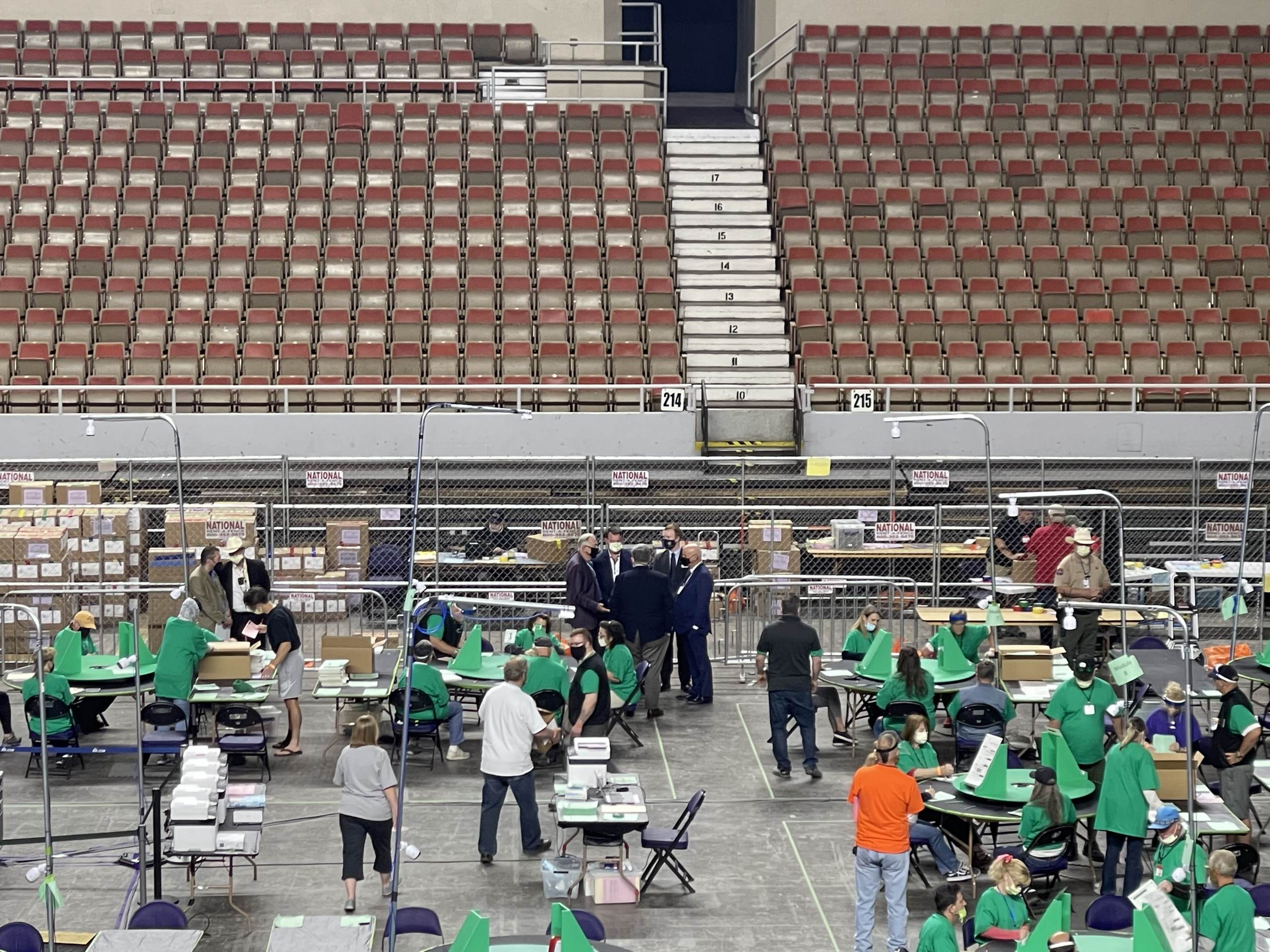 This is a HUGE development!

Representatives from Georgia, Alaska and Colorado toured the facility!

TRENDING: Steve Bannon: President Trump Should be Voted in as Next Speaker of the House and Should Immediately Move to Impeach Joe Biden (VIDEO)

On Tuesday Morning, OAN’s Christina Bobb reported that delegations from Georgia, Alaska, and Colorado are inside of the Veterans Memorial Coliseum for a tour of the historic Arizona audit process.

They are now on the floor for a deep dive into this process and it’s logistics.

The Gateway Pundit reported Monday that Georgia would tour the Veterans Memorial Coliseum as more states were expected to follow.

More states did follow as we have two surprise guests, Colorado and Alaska.

Legislators from these three states received a “classroom style” briefing, and are now on the floor to see firsthand, how this process is run.

These lawmakers are analyzing the audit to make any fixes necessary and implement a similar process at home.

TGP’s Jordan Conradson spoke with Senate Liasion Ken Bennett for another update before the guests arrived on the floor.

Jordan Conradson: I understand Georgia is in the house right now?

Ken Bennett: There’s a couple of legislators from Georgia and one from Alaska that are in the building right now. I’ve heard Virginia, I’ve heard Wisconsin, you’ve now told me, Colorado, Nevada was in a few days ago, Pennsylvania last week. It’s becoming a popular place.

Conradson: Are you expecting to have, over the next few days, more tours?

Bennett: I’m told that every day this week there is some elected official coming in from some state. Today is Tuesday and if that pattern continues well have somebody in Wednesday, Thursday, and Friday.

Conradson: It looks like they’re starting to max out on forensic tables, correct?

As the Audit finishes, more states are coming to AZ in order to witness this process and take it home. The Gateway Pundit’s Jordan Conradson will be at the audit every day to provide updates on this strikingly important process.