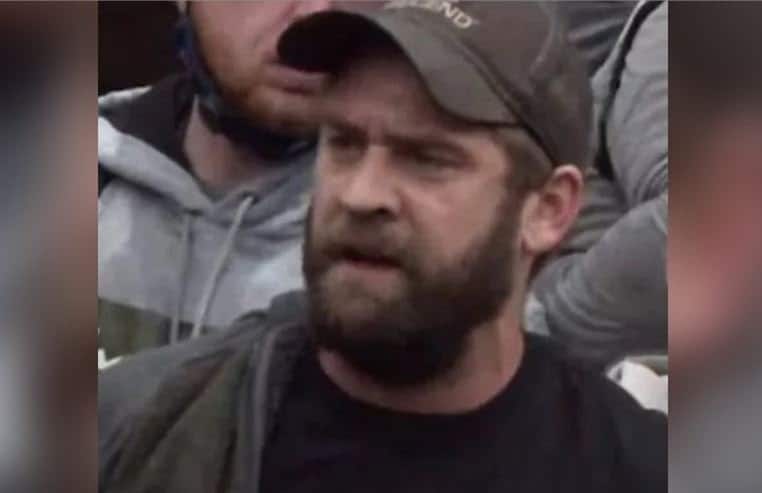 Kyle Young from Iowa is sentenced to 7 years in prison

Kyle Young from Redfield, Iowa was sentenceds today for 7 years for his actions on January 6, 2021.

His judge is the vicious Amy Berman Jackson, a lawless and wicked partisan who has a record of destroying the lives of innocent Americans.

Kyle Young apologized to Officer Fanone, a mainstream media star, during his sentencing and broke down in tears.

And Officer Fanone told him, “I hope you suffer.”

MSNBC: During the sentencing of 1/6 rioter Kyle Young — going to prison for 7 yrs for grabbing an officer’s wrist & handing someone a taser — CNN’s fave Capitol cop, Mike Fanone, told the father, “I hope you suffer!”

When someone called Fanone a piece of shit, he was banned. pic.twitter.com/T6evPhBvsi

Fanone, the fake redneck, now has a gig on CNN.

It made him famous—scored him a paid gig on CNN, a swooning front cover on Time, Congressional medals, and a book deal among other things.

Crisis actor puts on another performance in court https://t.co/LyeMzoABg1

Fanone called CNN during his battles against Trump supporters.

Mike Fanone was almost so dead on January 6 that in his almost last moments he came to so he could call CNN to complain about its coverage. (He’s a CNN “analyst” now) pic.twitter.com/VUgo1sKOrV

Any Berman Jackson having a typical insane meltdown.

You’re not being prosecuted for being a Trump supporter, but Trump.

And yes they are political prisoners of this unhinged DC District Court.

The Gateway Pundit has heard from numerous sources of Fanone’s abusive behavior that day. No angel.

Mike Fanone isn’t just a crisis actor he’s a total lowlife and joke of a cop. Police under siege on a nightly basis in U.S. cities and he keeps whining about what happened almost 2 years ago.