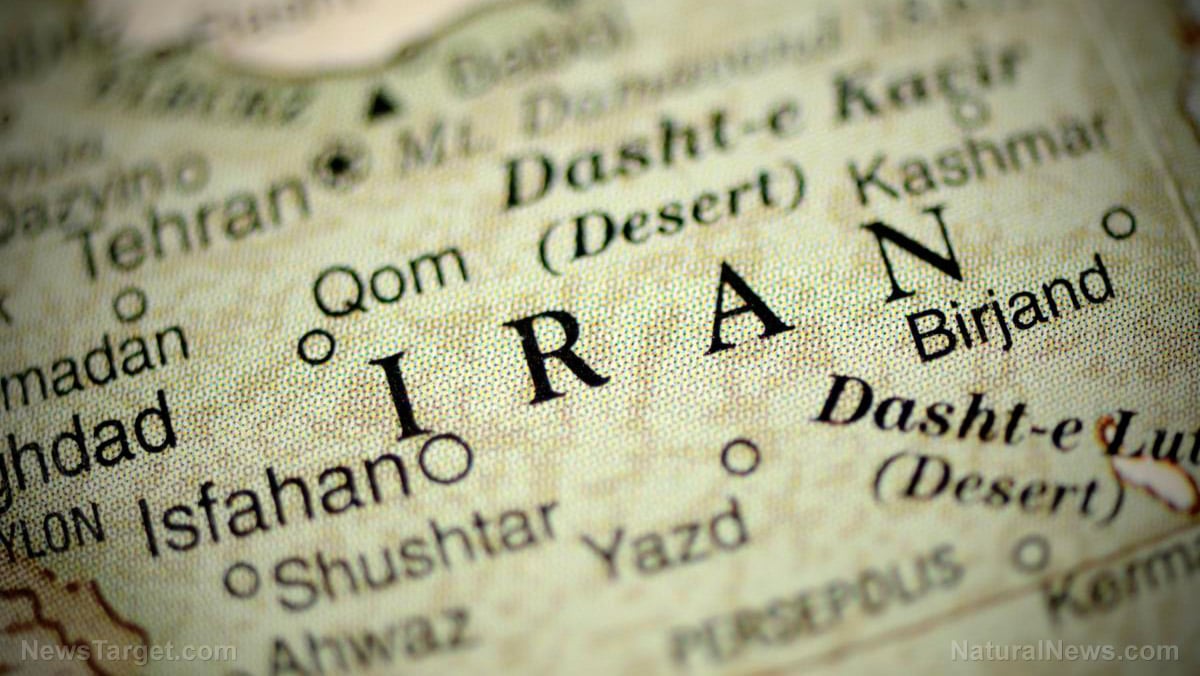 (Natural News)
An Iranian military commander has threatened to kidnap and enslave incoming Israeli Prime Minister Benjamin Netanyahu, who has been fearlessly and loudly warning the world for decades about the nuclear threat posed by Iran.

The commander of Isfahan’s Islamic Revolutionary Guard Corps, Mojtaba Fada, made the incendiary comments while also calling for the destruction of what he called “the child-murdering regime [of] Israel.”

He said that “the former prime minister of the Zionist regime hoped that the protests in Iran would lead him to travel to Tehran [in a post-protest, Mullah-free Iran], but God willing, the Islamic Republic will prevail [and quash the protests, once again taking charge of the country] and will frog march that prime minister to Iran wearing a leash and a slave collar.”

His threats against the longest-serving leader of Israel were made during a funeral in Isfahan for those who died while cracking down on Iranians protesting the death of 22-year-old Kurdish Iranian woman Mahsa Amini. She died while in custody of the totalitarian regime’s morality police for allegedly wearing her hijab in an improper manner. The incident has caused widespread demonstrations and clashes between authorities and protesters.

Experts told The Jerusalem Post that these types of violent threats are not unusual for this regime, where clerical leaders have a history of making threats to assassinate or harm world leaders. An Iranian-American expert on the Islamic Republic, Banafsheh Zand, said: “In other words, anyone who dares to take issue with Tehran’s brazen terrorism and violent methodology publicly ends up getting that exact type of threat issued to them by the Khomeinist authority.”

Meanwhile, U.S. Special Envoy for Iran Robert Malley recently stated that the regime’s threats of assassination against American government officials will make reaching a nuclear accord impossible. The regime has also made it clear in the past that they will not hesitate to take hostages from other nations that can be used as bargaining chips in negotiations.

Zand told The Jerusalem Post: “Though, for the past four-plus decades, most world leaders and international bodies such as the UN have willfully turned a blind eye to the criminality of the Islamic regime, now it is becoming more and more inescapable.”

Netanyahu is set to become the Prime Minister of Israel for a record sixth time after being returned to power in elections held earlier this month. His first stint as the country’s Prime Minister began in the 1990s.

Netanyahu continues to warn the world about Iranian nuclear threat

Earlier this month, a longtime ally of Netanyahu, Tzachi Hanegbi, said that he believed Bibi will order a strike against Iranian nuclear facilities should the U.S. fail to secure a new nuclear deal with Tehran or take action of its own.

He told Channel 12 news in Israel that should this situation arise, Netanyahu “will act, in my assessment, to destroy the nuclear facilities in Iran.”

He added that the nuclear threat posed by Iran was “a fire that’s been burning inside him for more than 25 years.”

In a recent remote Q&A session with the Republican Jewish Coalition Conference, Netanyahu repeated his longstanding pledge to prevent a nuclear Iran, stating: “I’ll do anything in my power to prevent them from getting nuclear weapons and the means to deliver them to us, and by the way, to you, too.”

The Israeli Air Force has been preparing for potential strikes on Iranian nuclear sites for many years in hopes of stopping them from developing nuclear weapons, although it remains unclear whether they have the ability to cripple the facilities on their own.