Itâ€™s a fact that needs repeating: The Federal Reserve is a suicide bomber 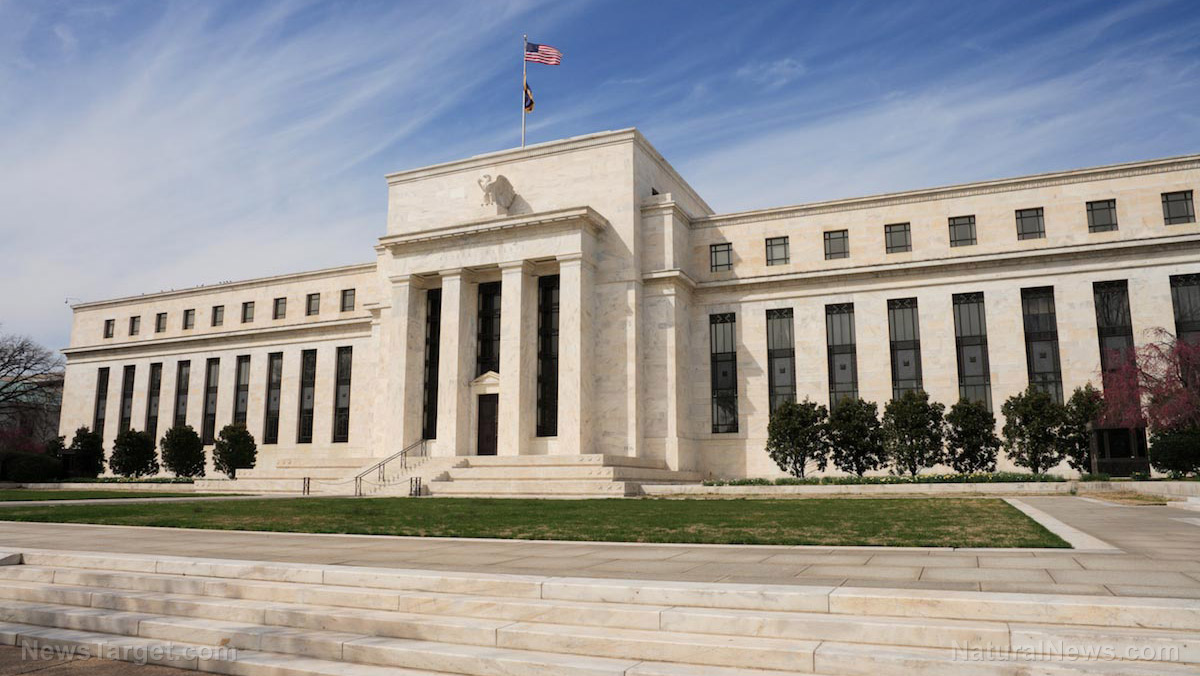 (Natural News)
For many years now I have been examining the policies and behaviors of the Federal Reserve because they are in fact the most powerful institution in the US, with far more influence over the fate of America than any single president or branch of government. They have the power to end the economic life of our country in a matter of moments. They hold their finger on the button of multiple financial nuclear bombs, and to this day there are people that still pretend as if they are a mere moderating presence subservient to the White House or Congress.

This is a fallacy proven by history and the admissions from central bankers own mouths. The Fed answers to no one in our government. They answer to a different set of masters, and the blame for the consequences of their policies falls to them and their cohorts.

Last year I published an article titled ‘The Fed’s Catch-22 Taper Is A Weapon, Not A Policy Error.’ In that article I predicted that the Fed would embark on a hiking spree on interest rates in response to inflationary/stagflationary events. I noted that:

“We are now at that stage again where price inflation tied to money printing is clashing with the stock market’s complete reliance on stimulus to stay afloat. There are some that continue to claim the Fed will never sacrifice the markets by tapering. I say the Fed does not actually care, it is only waiting for the right time to pull the plug on the US economy.”

At the time I received a lot of resistance to the idea. The usual argument was: “The fed will never raise rates and put stock markets at risk. Why would they destroy the golden goose?”

This position showcases a common misconception about the central bank and its purpose. You see, a lot of people think the Fed exists to keep the US economy afloat, and specifically to keep stock markets afloat. This is incorrect. Every single policy of the Fed since its inception has been a long train of abuses designed to slowly and scientifically whittle down the US economy and bring it to the point of extinction.

The next most common argument is: “Wouldn’t the fed sabotaging the economy eventually destroy them as well?”

The answer is YES, and they don’t care. If you have read my previous work on this issue then you know that the Fed is inexorably tied to the Bank for International Settlements (the “central bank of central banks”) and that they call the shots in terms of coordinated global banking initiatives. The BIS is a globalist institution, not an American one, and its agenda is ideologically globalist in nature. The Fed is a servant of globalism; and if the US economy or our currency need to be brought down through a controlled demolition in order to make the globalist dream of a one world socialist “Utopia” come true, that is exactly what the Fed will do.

I was able to predict that the Fed would continue onward with its interest rate hikes and hawkish position only because I acknowledge what the Fed really is: A suicide bomber. And, they have decided the time is ripe to hike interest rates into economic weakness, just like they did at the onset of the Great Depression.

At the beginning of the Depression the Fed increased interest rates after years of artificially stimulating markets with low cost debt. This prolonged the deflationary crash for many years after. It was not until decades later when former Fed chair Ben Bernanke gave a speech celebrating economist Milton Friedman’s 90th birthday that a central bank official finally admitted that the organization was culpable for the Depression debacle.

“In short, according to Friedman and Schwartz, because of institutional changes and misguided doctrines, the banking panics of the Great Contraction were much more severe and widespread than would have normally occurred during a downturn.

Let me end my talk by abusing slightly my status as an official representative of the Federal Reserve. I would like to say to Milton and Anna: Regarding the Great Depression. You’re right, we did it. We’re very sorry. But thanks to you, we won’t do it again.” – Ben Bernanke, 2002

What Ben Bernanke did not admit to was that the engineered deflationary crisis greatly benefited the allies of the Fed – The international corporate bankers. Companies like JP Morgan and Chase National were suddenly in a prime position to seize unlimited power in the US.

So, they’ve done it before, why wouldn’t they do it again?

The next argument that I hear constantly is that the Fed is “ignorant” and they don’t know what they are doing. This is nonsense. Jerome Powell knows EXACTLY what he is doing, and here is the proof – In October of 2012 the Fed held a meeting in which Powell warned that markets and corporations had become addicted to the Fed’s easy money policies. If they decided to taper their stimulus measures and raise rates, there would be potentially disastrous blowback. Powell argued that:

“…I think we are actually at a point of encouraging risk-taking, and that should give us pause. Investors really do understand now that we will be there to prevent serious losses. It is not that it is easy for them to make money but that they have every incentive to take more risk, and they are doing so. Meanwhile, we look like we are blowing a fixed-income duration bubble right across the credit spectrum that will result in big losses when rates come up down the road. You can almost say that that is our strategy.” – Jerome Powell

As he admitted, it is indeed their strategy. Powell was not the Fed chairman at the time, so he may not have been aware of the full agenda, but he is certainly aware now. Why would Powell undertake the exact policy action he once warned would result in a full spectrum implosion of the credit bubble? Probably because he was told to.

Powell knows the history of the Great Depression and he knows what will happen when the Fed raises rates into economic weakness and he is doing it anyway. He already tried a test run of rate hikes back in 2018 and the results were not hard to figure out; markets began to tank. We should never forget that the central banks are fully cognizant of the effects of their endeavors. As I stated back in February:

I hold that the Fed is a weapon for social and political change within America and part of its job is to greatly reduce the standard of living of the population while making it appear as if this decline is a “natural” consequence of the U.S. System.”

This leads us to the final question – What happens next?

This is a stagflationary crash, and as such we are going to experience the worst of both deflationary and inflationary worlds. Prices will remain high while GDP goes negative. Sales will decline and jobs will decline as we enter into the end of this year. There is no way around this. The Fed will have all kinds of theories and misdirections on why these things are happening, and they will try to distract the public as much as possible in the meantime.

What the Fed will never do is admit that a crash is happening until it is too late for people to act. They will never warn the populace of the dangers and they will never tell people to prepare. Watch as they tap dance and tell the public that all the pain is “transitory.” Then, watch as the dust settles and they tell people that “no one could have seen this coming.” It’s all very predictable, because it’s all been done before.