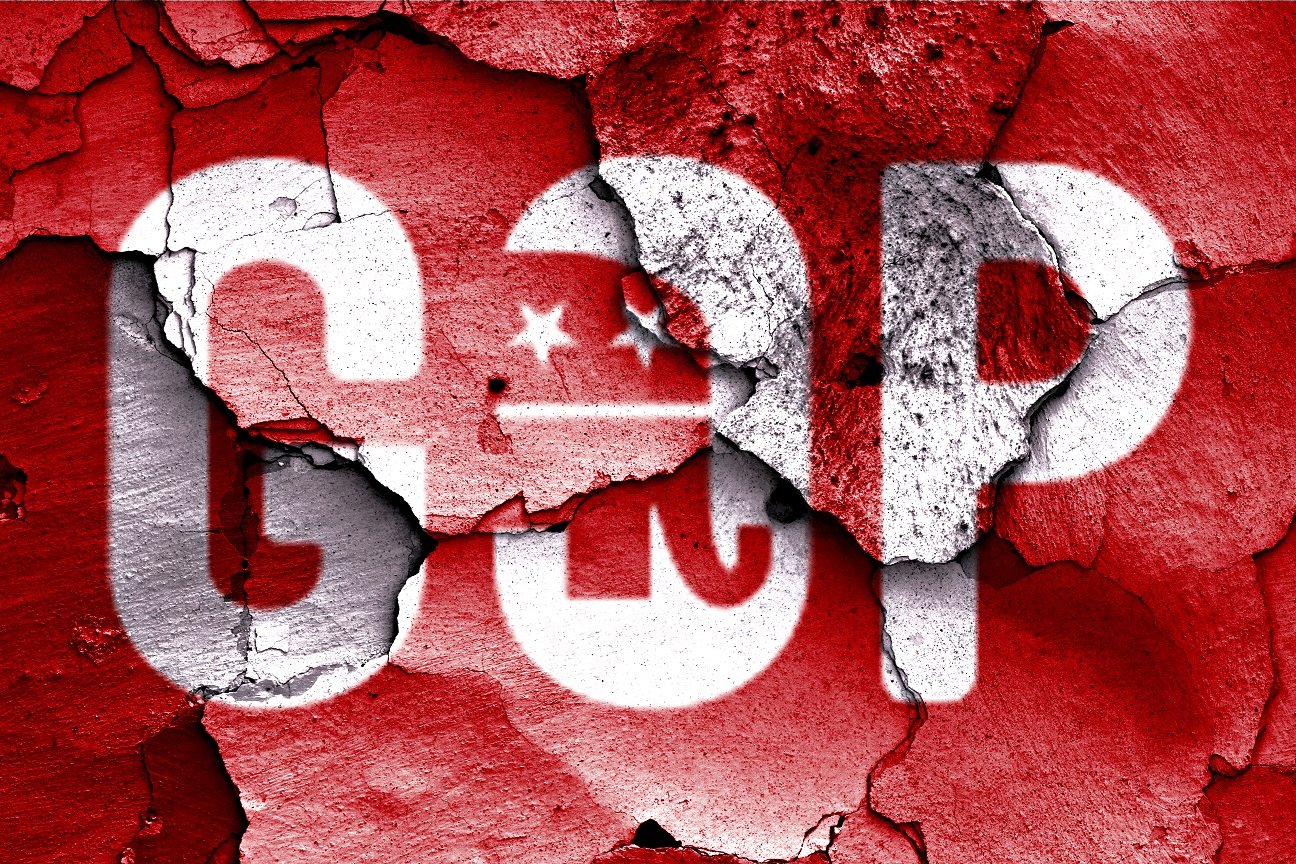 Don Surber wrote a great post this week that included this simple, yet illuminating, line.

What the heck am I, Don Surber, getting in this relationship? I vote Republican and they act against my political interest.

Don was onto something.

Back in 2021, after the shocking election results from November when Democrats who were soundly defeated on Election Day, locked the doors on the counting rooms and continued to drive truckloads of mysterious ballots into the counting centers. Only when they took the lead in each battleground state did they call the election for basement dummy Joe Biden.

The GOP fled the scene.

TRENDING: Nine-Hour Hearing Held in Delaware County After Officials Took a Detour from Counting Center into a Closed Building for 6 Hours on Election Day

Then on January 6, 2021, when a million conservative voters joined President Donald Trump at the Ellipse in Washington DC, the GOP skipped town again.

Ronna McDaniel and the GOP elites went to their winter retreat at the Ritz Carlton on Amelia Island in Florida.

Fast forward to 2022… The Elections in Arizona were a chaotic disaster. There are thousands of reports of voter suppression.

At least 30% of the voting tabulators did not work in Maricopa County on Election Day.

Voters were locked out of voting rooms. They were told to vote elsewhere, then told to return to their original precinct. The printers were broken down. They were tossing ballots in boxes, and black bags and mixing them with counted votes.

This is a clear case of voter suppression.

The results in the state MUST NOT BE CERTIFIED!

Kari Lake and her attorneys are fighting this battle for fair elections. But the GOP went AWOL again. According to Floyd Brown, “Orders came down from Washington, DC, and the office of
GOP Chairwoman, to stand down. They left the Arizona candidates and voters on the field to bleed while they scampered back to DC or went on vacation.”

And so once again, the conservative voters are left to fend for themselves.

As Don Surber said, “What am I getting out of this relationship?”

Here is the latest from Arizona, via Floyd Brown.

The @MaricopaVote in 2022 are irredeemably flawed. Thousands of voters that showed up to vote were turned away. Other voters were given instructions by officials which contradicted policy, and resulted in ballots being cast, but not counted.

Legal observers on Election Day also documented the lines, printer malfunctions and tabulator errors in an written report verifying the testimony of the voters. https://t.co/tHlOw9rhhZ

The first Maricopa County Supervisors meeting was flooded with testimony about the Election Day chaos, https://t.co/2pm3I9ARmB

There has been complete silence from the @marcoattorney Tom Liddy since the request, and we will see if Maricopa complies, or attempts to bully past @GeneralBrnovich .

You can take three actions which will help. There is one action you can do, but I will encourage you not to do it. I encourage you to not engage in physical demonstrations and protests. There may come a time for such protests, but we are not there yet.

Orders came down from Washington, DC, and the office of @gopchairwoman, to stand down. They left the Arizona candidates and voters on the field to bleed while they scampered back to DC or went on vacation.

Her re-election as RNC Chair is more important to her than the voters of Arizona. 168 people vote in the RNC Chairman election. Three come from each state. Call the RNC Representative in your state and let them know how disappointed you are. Always be polite and respectful.