Joe Biden as He Departs for Another Weekend Vacation in Delaware: Democrats “Have a Great Record” On Crime (VIDEO) 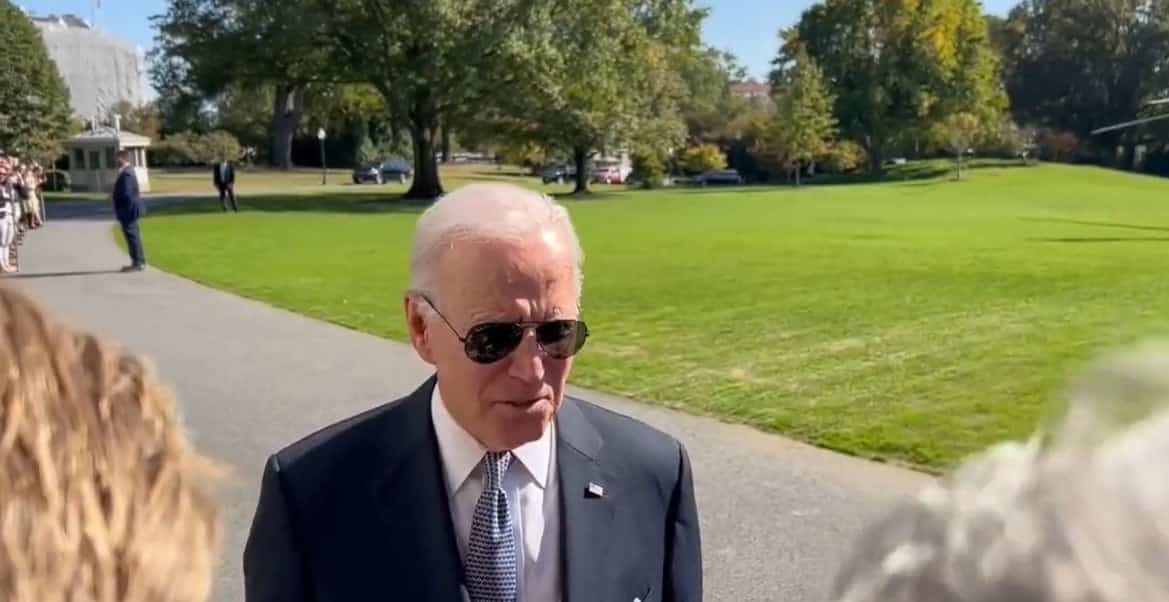 According to the New York Post, since being installed in January 2021, Joe Biden has spent more than 40% of his presidency on vacation.

There are no visitor logs at Biden’s Delaware compound so the American people have no idea who Biden is meeting with off-the-record.

We have no idea who is visiting Joe Biden every weekend in Delaware.

Biden was asked how big of an issue rampant crime is ahead of the midterm elections.

Democrats are facing headwinds going into the midterm elections because Americans are fed up with rampant violent crime in Democrat-run cities.

Crime is so bad that Oregon may elect its first Republican governor in decades.

“Ahead of these midterms, how big of an issue is crime?” a reporter asked Biden.

“I think it’s a real issue, and I think we have a great record on it,” Biden said.

“How big of an issue is crime?”

Biden: “I think it’s a real issue, and I think we have a great record on it.” pic.twitter.com/XR3CszFCC7

Two minor teen girls, one 13 years old and the other 15 years old, were raped after exiting the SEPTA train in Democrat Philadelphia while they were on their way to school this week.

A man wielding a Samurai sword injured another man at a subway station in Democrat New York City this week.

Crime rates are spiking in Los Angeles, Chicago, Philadelphia, NYC, DC and other Democrat-run cities but Joe Biden says Democrats have a “great record” on crime.