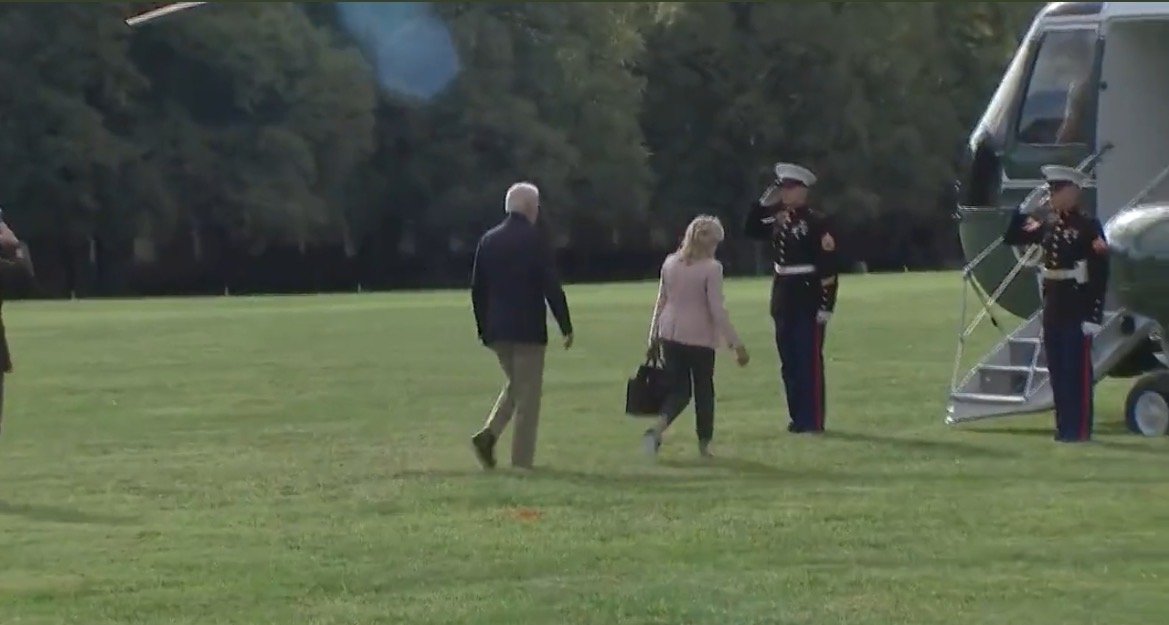 Joe Biden on Saturday departed the White House for another vacation.

President Biden has arrived in Delaware for the weekend. pic.twitter.com/KVdBgvy744

There are no visitor logs at Biden’s Delaware compound so the American people have no idea who Biden is meeting with off-the-record.

We have no idea who is visiting Joe Biden every weekend in Delaware.

When asked who is coming and going to Biden’s Delaware home, the White House said it’s none of our business.

“I can confirm we are not going to be providing information about the comings and goings of the president’s grandchildren or people visiting him in Delaware,” then-White House Press Sec Jen Psaki said during a briefing last August.

“If they’re going to take the position that this information should be public, what are they hiding when it comes to visiting his home? The presidency doesn’t stop when he’s visiting Delaware,” Fitton added.

“He is presumably doing work. So the public has an interest in knowing who is visiting him there. Is Hunter visiting him? … Joe Biden is the one who had Hunter at the vice president’s office meeting with his business partners.”

According to the New York Post, since being installed in January 2021, Joe Biden has spent more than 40% of his presidency on vacation.

President Biden is taking heat for spending 40% of his days in office “on vacation” after he was away from the White House for two-thirds of August.

Biden’s weekend jaunts and vacations spanned 234 days — with seven in 10 of them spent at his homes in Wilmington and Rehoboth Beach, Delaware — out of 589 days in office.

The 19-month tally of Biden trips was assembled by the RNC and is consistent with independent journalistic counts. It includes days that Biden spent at his Delaware residences as well as days at the presidential retreat at Camp David, Maryland, and trips to Nantucket, Massachusetts, and Kiawah Island, South Carolina.