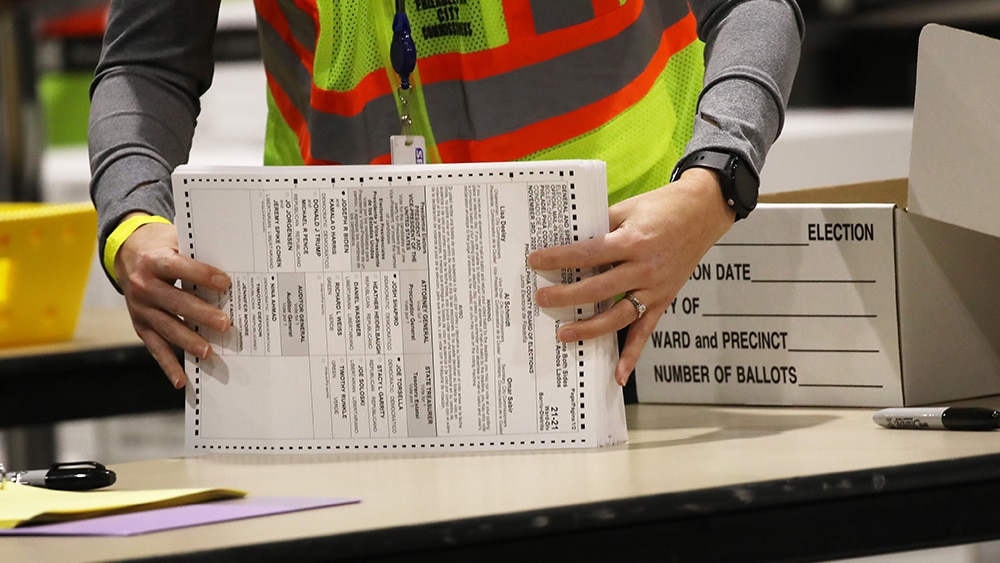 (Natural News) On Friday, Feb. 26, a judge ruled that Maricopa County, Arizona, must turn over around 2.1 million ballots from the November election so that a proper audit can be conducted.

Maricopa County Superior Judge Timothy Thomason ruled on Friday that the subpoenas issued by the Arizona State Senate ordering Maricopa County to turn over election materials and equipment is valid and should be enforced.

The Maricopa County Board of Supervisors tried to argue that the subpoenas were unlawful, stating that the audits that have already been conducted are sufficient and the ballots should be sealed. (Related: We are going to turn over every rock – Arizona GOP calling for very thorough election investigation.)

The ruling concludes a months-long legal battle between the Board of Supervisors and the State Senate over how the election should be audited.

The Board of Supervisors has argued that the audits it has conducted on itself are sufficient, while the State Senate wants to conduct its own audit of the ballots, as well as double-check the county’s voter rolls and other information.

This dispute began when former Senate Judiciary Committee Chairman Eddie Farnsworth, a Republican, held a hearing to question several Maricopa County officials regarding their handling of the election. The committee then issued multiple subpoenas, which prompted the county to file a lawsuit against the Senate.

Farnsworth issued the subpoenas after the election last year following multiple allegations of voter fraud, malfeasance and misconduct from President Donald Trump and his campaign. The subpoenas were re-issued in January when the chairmanship of the Judiciary Committee was transferred to State Sen. Warren Petersen, another Republican.

Arizona Republicans have heaped praise on Thomason for the fair ruling. Republican State Senate President Karen Fann said on Friday that the Senate is “thrilled” with the judge’s decision and is grateful that he can “see the big picture.”

“[The audit was] never about overturning the election,” said Fann, “it was about the integrity of the Arizona election system.”

“This was always about voter integrity and the integrity of the voting system itself,” she added.

According to Petersen, the court’s ruling allows the Senate to proceed with a “forensic audit” of Maricopa County’s election results. The county includes the state capital of Phoenix much of its metropolitan area. More than 2.1 million people in the county voted in the last election.

Maricopa Board of Supervisors Vice Chairman Bill Gates wrote on Friday that the county “has nothing to hide,” and that they have conducted three “fully transparent” audits, including two forensic audits handled by “independent, qualified and outside Vote System Testing Laboratories.”

“I trust the Senate will be completely transparent with the public, as Maricopa County has been,” wrote Gates. “From the beginning, the county has sought clarification from the court. The court has ruled. I look forward to working with the Senate to provide them the information they are requesting.”

It is unclear whether or not the Board of Supervisors will try to appeal Thomason’s decision to a higher court.

The fight to hold those responsible for election fraud is not over. Learn more about this and other ongoing battles by reading the latest articles at VoteFraud.news.