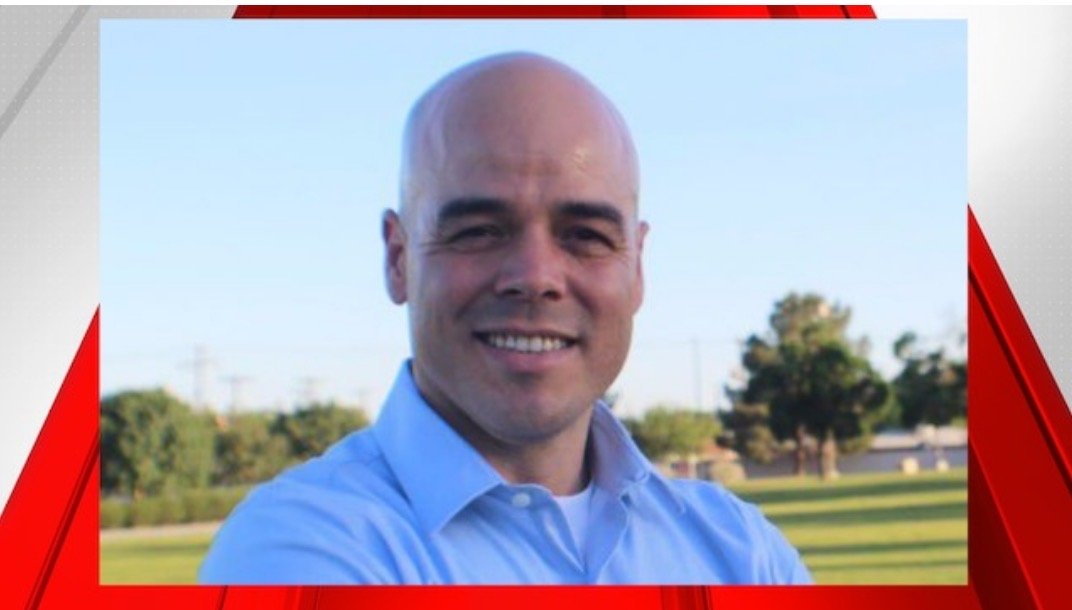 Jeff German, 69, was found stabbed to death in front of his home Saturday morning.

Police officers on Wednesday were spotted at the home of Robert Telles, a county official that Jeff German had been reporting on recently.

Telles, a Democrat, lost his re-election bid in June’s primary after Jeff German exposed the hostile work environment in the Democrat official’s office.

Jeff German had also recently filed a public records request on emails and text messages between Telles and others in his office, the Las Vegas Review-Journal reported.

Telles was not happy about Jeff German’s investigative reporting and even lashed out at the journalist on Twitter in June.

*Wife hears rustling in the trash* Her: “Honey, is there a wild animal in the trash?” Me: “No, dear. Looks like it’s @JGermanRJ going through our trash for his 4th story on me.” Oh, Jeff… 😂 @LVRJ #LasVegas

Typical bully. Can’t take a pound of critism after slinging 100 pounds of BS. Up to article #4 now. You’d think he’d have better things to do. 😜

Telles reportedly had an “inappropriate relationship” with a subordinate staffer.

Telles has denied the accusations.

Robert Telles just arrived at his house. Reporters asked him if he had any comment. I asked why police towed his vehicle. He had no comment. Story: https://t.co/3CSa7B4XeS pic.twitter.com/tgQ7JuI9BX

Police dressed in tactical gear arrested Telles Wednesday evening and wheeled him out of his home on a stretcher.

By 6 p.m. Wednesday, police had returned in tactical gear and were surrounding the home while Telles remained inside. About 30 minutes later, he was wheeled out of the home on a stretcher and loaded into an ambulance.

The morning search marked a stunning development in the police investigation because it indicated for the first time that the killing might be related to German’s work exposing public wrongdoing. German’s investigation of Telles this year contributed to the Democrat’s primary election loss, and German was working on a potential follow-up story about Telles before he was killed.

“The arrest of Robert Telles is at once an enormous relief and an outrage for the Review-Journal newsroom,” Executive Editor for the Review-Journal Glenn Cook said Wednesday. “We are relieved Telles is in custody and outraged that a colleague appears to have been killed for reporting on an elected official. Journalists can’t do the important work our communities require if they are afraid a presentation of facts could lead to violent retribution. We thank Las Vegas police for their urgency and hard work and for immediately recognizing the terrible significance of Jeff’s killing. Now, hopefully, the Review-Journal, the German family and Jeff’s many friends can begin the process of mourning and honoring a great man and a brave reporter. Godspeed, Jeff.”