Kamala Harris Awkwardly Laughs, Then Snaps at Reporter Asking When She Will Visit Border (VIDEO) 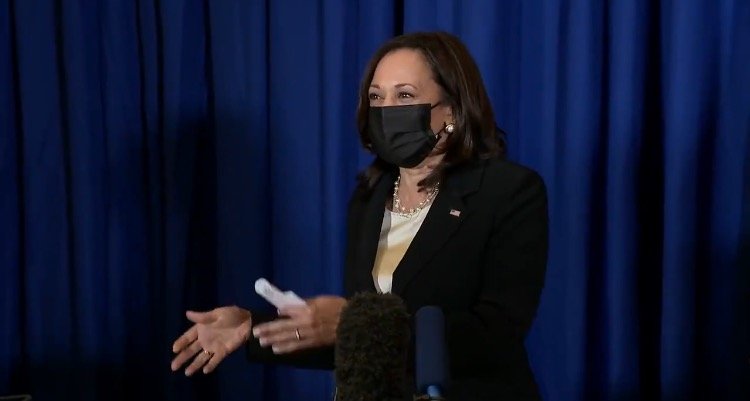 Harris was appointed as “border czar” in March and she is just now making her first trip to the Northern Triangle.

However, Harris still has not visited the US-Mexico border and she is snapping at anyone who asks her when she will visit the border.

A reporter on Tuesday asked Kamala Harris why she won’t visit the border.

Kamala Harris snapped at the reporter and awkwardly laughed.

She also said she’s in Guatemala when she’s actually in Mexico.

Vice President Kamala Harris laughed AGAIN when asked if she would visit the southern border.

It would appear the CRISIS at our southern border is just one big joke to her. pic.twitter.com/6D1O2dKFjX

Kamala Harris also sat down with NBC’s “Today” host Lester Holt to discuss her absence at the southern border and the interview was a total dumpster fire.

Harris’s interview with Lester Holt reminded Americans why she didn’t place during the 2020 primaries.

Lester Holt asked Kamala Harris of she has plans to visit the border.

“You haven’t been to the border,” Lester Holt said.

“And I haven’t been to Europe. I don’t understand the point you’re making,” Kamala Harris said laughing.