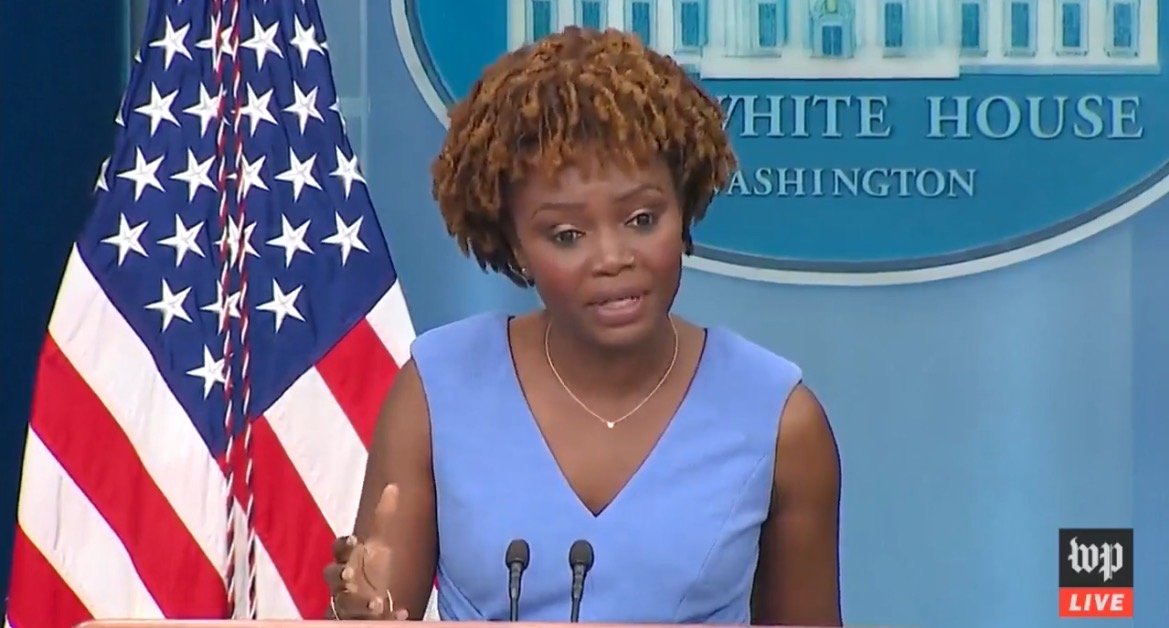 Joe Biden never puts in 8 hours of work a day.

He most certainly is not working through the entire day with a Covid fever.

“I asked [Biden] if he had a message for the American people,” Karine Jean-Pierre said. “The president said he’s still putting 8+ hours of work a day.”

The White House tweeted a picture of Joe Biden supposedly speaking with his national security team.

President Biden continued working from the White House this morning, including speaking by phone with his national security team. pic.twitter.com/jdQkoDtupR

As TGP’s Kristinn Taylor reported, the White House lied to the American people Friday morning about Joe Biden’s condition after he was diagnosed with COVID on Thursday.

White House COVID-19 Response Coordinator Dr. Ashish Jha, M.D., told the morning news shows on several networks that Biden had no changes in his symptoms as of 10 p.m. Thursday, specifically telling NBC’s Today Show Biden did not have a fever. Biden’s personal physician announced later Friday that Biden actually had a fever of 99.4 Thursday evening that was treated with Tylenol.

“When you described — when his letter has described his 99.4 degree non-fever as being treated with Tylenol, and now we’re hearing from you that he was treated for discomfort, that’s an inconsistency,” Fox News reporter Jacqui Heinrich said to Dr. Jha on Friday.

.@JacquiHeinrich: “When you described — when his letter has described his 99.4 degree non-fever as being treated with Tylenol, and now we’re hearing from you that he was treated for discomfort, that’s an inconsistency.”

Biden’s advisors can’t keep their lies straight but we’re supposed to believe Joe Biden, a decrepit man with dementia is working 8+ hours a day while he’s sick with Covid.