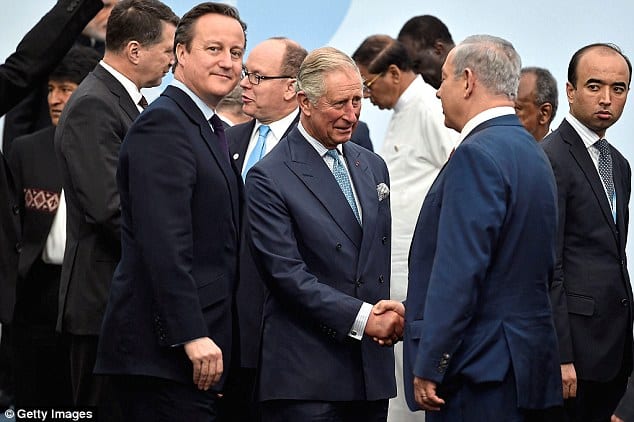 (Natural News)
When Charles III, the new King of England, visited the body of his late mother Queen Elizabeth II, people chanted “God save the king.”

They should have chanted “God, save the world.”

Just over a year ago, Charles declared war on humanity by calling for a global military action to cut carbon emissions around the planet, which could kill more than three billion people. He made the war declaration during one of the World Economic Forum (WEF) events, saying that he will create more money than there is already in the world to have this radical transformation of carbon.

Since the 1970s, Charles had been outspoken about how society must deal urgently with the dangers of pollution. For more than five decades, he had been consistent in his campaign for the environment.

Tony Juniper, a former chief of Friends of the Earth and now head of Natural England, advised Charles for several years, saying that the king is “possibly the most significant environmental figure of all time.”

As king, many are questioning whether or not his environmental politics will continue. It has always been understood that his relative freedom as the Prince of Wales would end as soon as he took the crown.

Charles III’s reign comes as global temperatures are toppling heat records, with average temperatures rising 2.2 degrees Fahrenheit in the past 150 years, reshaping weather extremes and politics in Britain. The country that led the world to industrialization over a century ago by burning coal, now has one of the most “aggressive” plans to reduce carbon emissions in the world.

Charles is now king of a nation reeling from painful energy prices due to the Russia-Ukraine war. He is facing the risk of his people shivering in their homes in the winter due to the dwindling natural gas supplies.

In 2020, at the WEF annual gathering in Davos, then-Prince Charles launched the Sustainable Markets Initiative, which aims to get business leaders to invest in environmentally friendly operations. Since then, over 500 CEOs have pledged their support for the initiative’s “Terra Carta,” or Earth Charter, which was launched last year.

In a video released to mark the launch of the Great Reset in 2020, he talked about “green” policies that could add problems to businesses and individual freedoms worldwide.

“We have no alternative, because otherwise, unless we take the action necessary and we build again in a greener and more sustainable and more inclusive way, then we will end up having [more] pandemics and [more] disasters accelerating global warming and climate change,” he said back then, parroting the same lines of the WEF that say global interventions in business practices and consumption habits are needed to avert “impending disaster.”

He also proposed that the world “seize” the opportunity presented by the Wuhan coronavirus (COVID-19) pandemic to create a “more circular bio-economy that gives back to nature as much as we take.” (Related: Conservatives warn that globalist cabal’s “Great Reset” will undo global economies, worsen problems.)

He also endorsed a major WEF proposal – carbon pricing – designed to hurt the middle and lower classes by driving up the cost of businesses, which will eventually pass down expenses to consumers, who will carry the burden of the “green” policies if businesses aren’t forced to shut down for lack of profit.

Meanwhile, over 1,100 scientists and professionals worldwide have signed a World Climate Declaration that said there is no climate emergency. Carbon dioxide is not a pollutant and exists naturally.

Visit GreatReset.news to know more about the WEF agenda that could kill nearly half the planet.

Watch the video below to know more about the dangerous globalist agenda that the new King of England is pushing forward.

Globalists’ goal of depopulating the world guided by principles literally set in stone – the Georgia Guidestones.