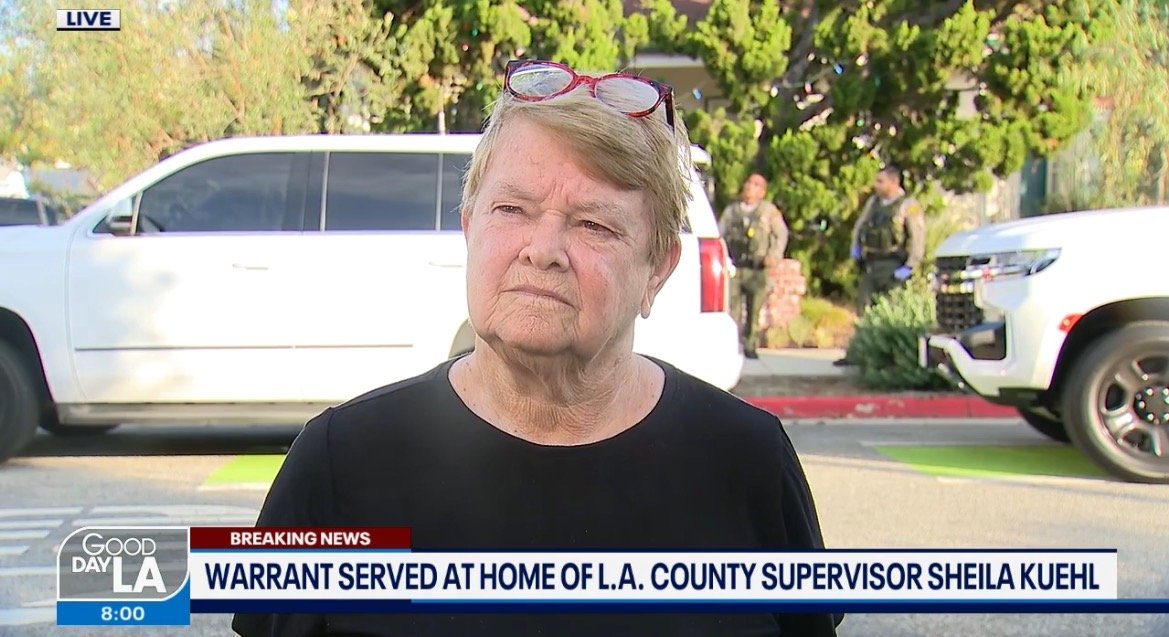 LA County Sheriff Alex Villanueva on Wednesday evening asked California Attorney General Rob Bonta to open an investigation into Democrat Supervisor Sheila Kuehl being tipped off that a search warrant was going to be served at her home.

Democrat LA County Supervisor Sheila Kuehl was served with a search warrant at her Santa Monica home on Wednesday morning amid an “ongoing public corruption investigation.”

“The LASD confirmed it was also serving search warrants at other locations including the home of LA County Civilian Oversight Commissioner Patricia Giggans, as well as the LA County Hall of Administration, Peace Over Violence Headquarters, and LA Metro Headquarters.” according to the outlet.

According to the affidavit, the search warrant is related to a no-bid contract for $890,000 awarded to Peace Over Violence – a non-profit who just happens to be run by one of Kuehl’s close friends.

Kuehl lashed out at Sheriff Alex Villanueva in remarks to Fox 11 after the raid on Wednesday.

Kuehl said the search warrant “has no information on it” and was “signed by the judge who is a friend of the sheriff.”

The Democrat Supervisor also admitted she was tipped off about the raid from LA County officials during her live interview with Fox!

“I heard from County Counsel last night that she got a tip from Max – Max Huntsman that the search would happen this morning,” Kuehl said.

The LA Times was also tipped off to the raids.

Kuehl also admitted she received a call from the LA Times last week about the impending raid but she “thought it was bogus.”

Sheriff Villanueva Wednesday evening asked the California Attorney General to investigate the officials who tipped off Kuehl and others about the raid.

“I do not have to explain the alleged criminal, administrative, and ethical laws which were broken by Mr. Huntsman and the currently unidentified person(s) employed by County Counsel,” the Sheriff said. “We are confident phone records will soon reveal any text messages received by Ms. Kuehl and Ms. Giggans, which illegally alerted them to the search warrant as well as the intent behind their actions.”

NEW: L.A. County Sheriff Alex Villanueva is asking the CA Attorney General to open an investigation into Supervisor Sheila Kuehl being tipped off that a search warrant was going to be served at her home. Kuehl admitted live on @FOXLA she got a heads up from L.A. County officials. pic.twitter.com/NXix0WhnxI