LAPDOG: Marco Rubio unveils law that would ban guns for anyone ever investigated for ‘domestic terrorism’ 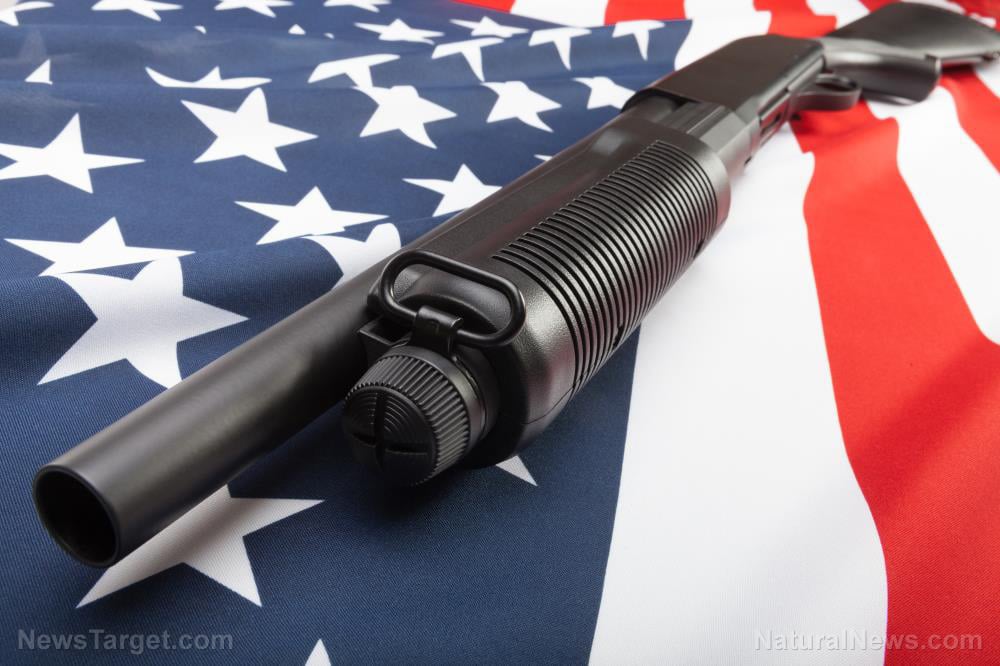 LAPDOG: Marco Rubio unveils law that would ban guns for anyone ever investigated for ‘domestic terrorism’

Failed presidential candidate Sen. Marco Rubio (R-FL) has introduced legislation that would strip the Second Amendment rights of any individual who was simply investigated for domestic terrorism, even if they were not charged or convicted for committing an actual crime.

On February 2, Rubio reintroduced the bill he has been pushing since the Orlando Pulse radical Islamic terrorist attack in 2016. The bill calls for stripping individuals under investigation for domestic terrorism of their ability to own or purchase firearms, a move Rubio somehow suggests would “also provide more authority for law enforcement agencies to go after suspected terrorists, while safeguarding law-abiding citizens’ Second Amendment and due process rights.”

According to Rubio’s website, the bill would “When an individual who was the subject of a federal terrorism investigation within the last 10 years tries to obtain a firearm, allow the U.S. Attorney General to delay the purchase or transfer for up to ten business days and file an emergency petition in court to prevent the transfer. If the court finds probable cause that the individual is or has been engaged in terrorism, the Attorney General may arrest the individual.”

Under the Biden regime, the current Attorney General is Merrick Garland, who has fantasized about taking guns from American citizens since the early 2000s.

Rubio reentered the bill during the hysteria following the Capitol Hill protest on January 6, during which the only death by a firearm was Ashli Babbitt, who was slain by a D.C. police officer. The officer will face no punishment.

This comes as past intelligence officials who are friendly to the Joe Biden regime essentially classify the overwhelming majority of Republicans as domestic terrorists.

As National File recently reported, former CIA Counterterrorism Center director Robert Grenier compared American citizens to violent Muslim “insurgents,” writing in the New York Times, “As a former overseas operative who has struggled both on the side of insurgents and against them, the past few days have brought a jarring realization: We may be witnessing the dawn of a sustained wave of violent insurgency within our own country, perpetrated by our own countrymen.”

“Meanwhile, the Washington Examiner ran an op-ed by Kevin Carroll, former CIA officer and counselor to a House committee and the Secretary of Homeland Security, in which Carroll compared the protesters to al Qaeda,” National File reported.

This also comes as the federal government has truly bungled its attempts to locate individuals involved in trespassing or breaking and entering the U.S. Capitol on January 6, including one man who was interrogated by the FBI after the agency’s facial recognition software falsely identified him as one of the protesters.

The FBI also went to the home of a pro-Trump Republican political consultant, Noel Fritsch, to question his location on January 6. The FBI was greeted by his pregnant wife, who was home alone with their four children. According to Fritsch, the FBI told his wife that they would keep returning to his home until they spoke to Fritsch.

Fritsch was nowhere near the U.S. Capitol on January 6, he told The Gateway Pundit’s Cassandra Fairbanks, but could ostensibly fall into this anomalous group of individuals Rubio would strip of their Second Amendment rights.

It is unclear if Rubio’s plan will receive broad enough support in the Democrat controlled Congress to make it to Joe Biden’s desk.

Read more at: NationalFile.com and SecondAmendment.news.