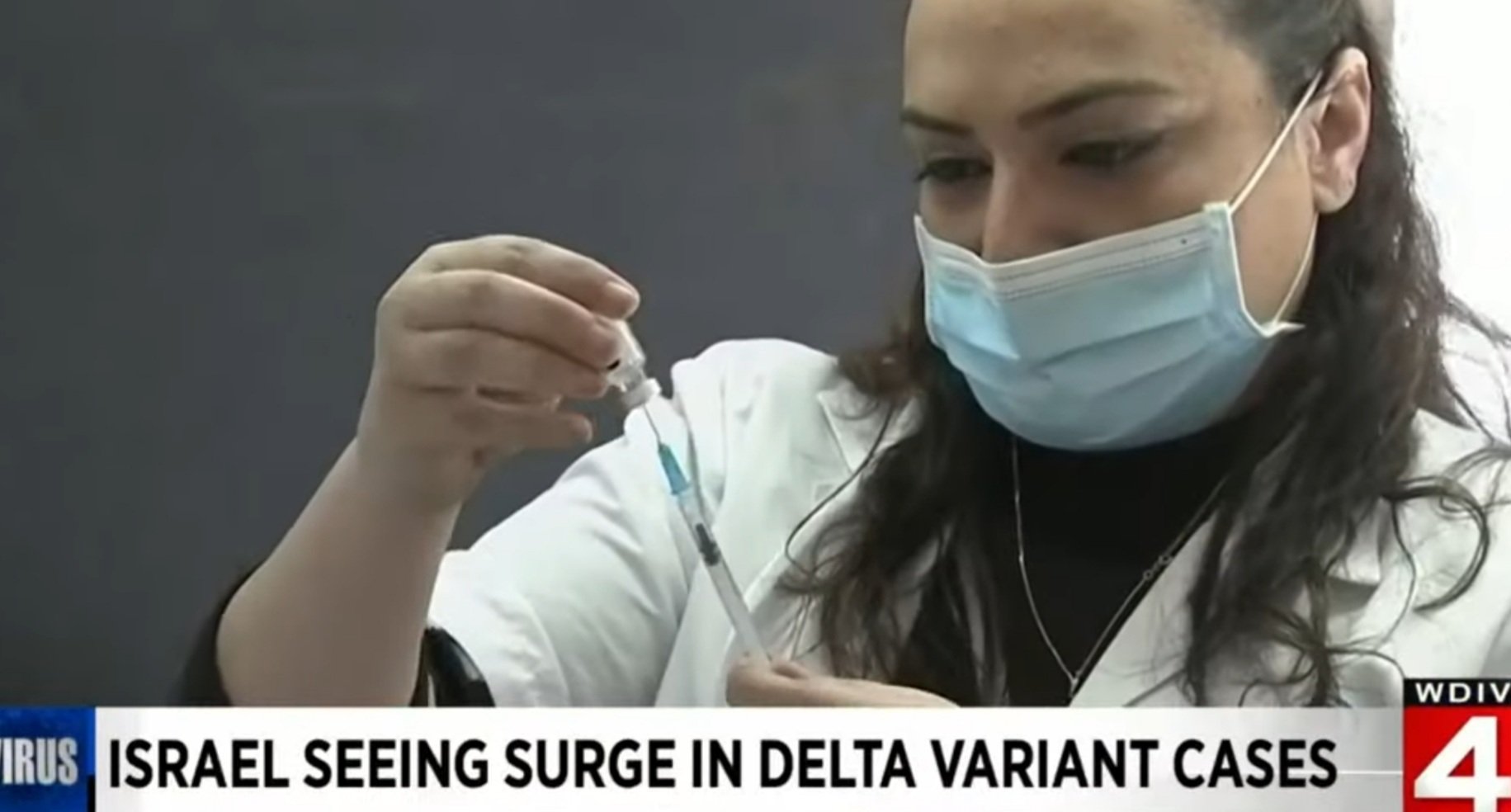 This week Dr. Kobi Haviv, the medical director of Israel’s leading center for respiratory care, joined the country’s Channel 13 News to share an extremely concerning update regarding breakthrough cases among the vaccinated.

According to Dr. Haviv, the vaccinated account for 85-90% of all new hospitalizations and 95% of “severe” cases at the Herzog Medical Center in Jerusalem.

He explains how one infected patient will spread the virus to “a large number of people” and that it doesn’t just happen “here or there,” it’s happening frequently.

According to their health officials, the majority of  Israelis have been fully vaccinated, including 85% of those who are eligible. Out of the estimated 9.3 million citizens, 5.8 million have received at least one shot and 5.4 million are fully vaccinated.

Despite most of them taking the jab, the country has seen a quick spike in cases that has resulted in more daily positive test results than they had on the same day last year. On Thursday they had 3,843 new cases.

The Israeli Health Ministry used the data to justify tightening restrictions for their authoritarian vaccine passports. After their emergency vote on Thursday, citizens are now required to provide proof of vaccination, a positive test, or proof that they recovered recently from the virus to participate in most indoor and outdoor activities.

This includes gyms, restaurants, and parks. Synagogues and houses of worship were originally included in the expanded restrictions but they were taken out at the last minute.

#Israel registered some 3,843 #coronavirus cases on Thursday with a positive rate at 3.79%, as the country prepares for the new set of measures approved to contain the outbreak – including the return of the green pass system.https://t.co/SI8ms7cut4

Dr. Haviv’s observations, combined with the high vaccination rate, is more confirmation to Gateway Pundit’s recent reporting about the vaccine’s complete ineffectiveness against spreading the virus.

Who are the real “super spreaders?”

Even though the number of positive cases reached the levels they saw last year, it has not translated into the same amount of hospitalizations. In fact, people who are being admitted to the hospital has dropped by almost half.

The fake news media is trying to credit the vaccine as the reason for the for the virus not being as harmful as it once was, but it is likely due to better treatments for the virus, such as hydroxychloroquine or ivermectin, being used earlier and more often.

Another top Israeli Doctor, Eitan Werthein, sums up the ‘effectiveness’ of these rushed vaccines and what we can expect, even though so many have taken the jab, to the Jerusalem post:

“We are going to be right in the same spot that we were one year ago. We are on the same route.”