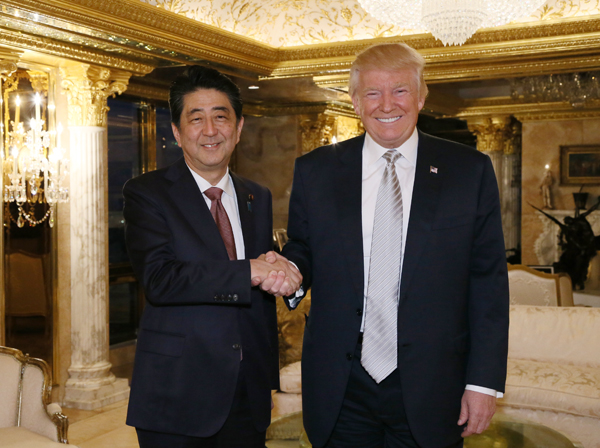 (Natural News)
Once again, members of the ‘mainstream’ American media have proven what disgusting, nasty people they are.

In the wake of the shocking assassination of former conservative Japanese Prime Minister Shinzo Abe late last week, several members of the U.S. media had to make sure they got in their ‘licks’ by besmirching his name and his politics which, by the way, were very popular with the Japanese people (more on that in a moment).

Meanwhile, their disdain for Abe is in stark contrast to the glowing words they reserve when the world’s vilest authoritarians pass away.

“The anti-Abe pronouncement getting a lot of attention on Friday was NPR’s now-deleted Tweet describing the recently murdered world leader as a “divisive arch-conservative.” In the replacement tweet, they still had the knives out as they smeared him as an ‘ultranationalist,’” Newsbusters noted along with a screengrab of the tweet.

It’s no wonder the loser leftists at taxpayer-supported NPR deleted the tweet: It literally made no sense.

“Former Japanese Prime Minister Shinzo Abe, a divisive arch-conservative and one of his nation’s most powerful and influential figures, has died after being shot during a campaign speech Friday in western Japan, hospital officials said,” the tweet noted.

Ponder this: How is someone “divisive” and “one of his nation’s most powerful and influential figures” at the same time? Who is calling him “divisive” — because it wasn’t the vast majority of Japanese citizens, who obviously adored and respected him (hence how he became ‘powerful’ and ‘influential’ in the first place).

And in the piece itself, international correspondent John Ruwitch used the “ultra-nationalist” [sic] label again and left kinder words to people like Indian Prime Minister Narendra Modi who said Abe was “a towering statesman, an outstanding leader, and a remarkable administrator.”

Even in American politics, NPR couldn’t be bothered to cover the attempted assassination of U.S. Supreme Court Justice Kavanaugh. But in 2016, an NPR reporter described getting a kiss from the murderous communist Castro brothers of Cuba as the “blessing of the Holy Trinity.”

Another now-infamous headline following the death of a murderous lunatic goes to The Washington Post, which mourned ISIS founder Abu Bakr Al-Baghdadi, describing him as an “austere religious scholar at helm of Islamic State.” The paper was summarily shamed into changing the headline and issuing an apology, but the left-wing Marxists who run the paper showed their hand and told everyone how they really felt with the original headline.

But for Abe, all the Post could muster was a tweet including a graphic claiming that he “leaves behind a mixed legacy.” Really? He was influential and his people loved him; how is that “mixed”?

For Abe, The Post put out a tweet with a graphic saying he “leaves behind a mixed legacy.” Though in a follow-up tweet, they noted he was in the “Liberal Democratic Party,” possibly because they like those labels when viewed through the prism of American politics rather than the policies they promote in Japan.

CBS Mornings got in on the bashing when foreign correspondent Elizabeth Palmer declared him to be a “polarizing figure” as well as “a right-wing nationalist and conservative” simply because he was a “fierce supporter of Japan’s military.”

And why shouldn’t he be? Japan’s very close neighbor is China; both countries have a history of despising one another and are definitely at odds over control of several islands currently in Japanese hands but which Beijing wants. Any sane, competent Japanese leader in the modern age would be a “fierce supporter of Japan’s military” in the face of such a threat.

But really, Abe’s big “sin” was that he and former President Donald Trump were very close, and we know now these mainstream media extremists hate Trump.

So much for the credibility of our ‘mainstream media.’