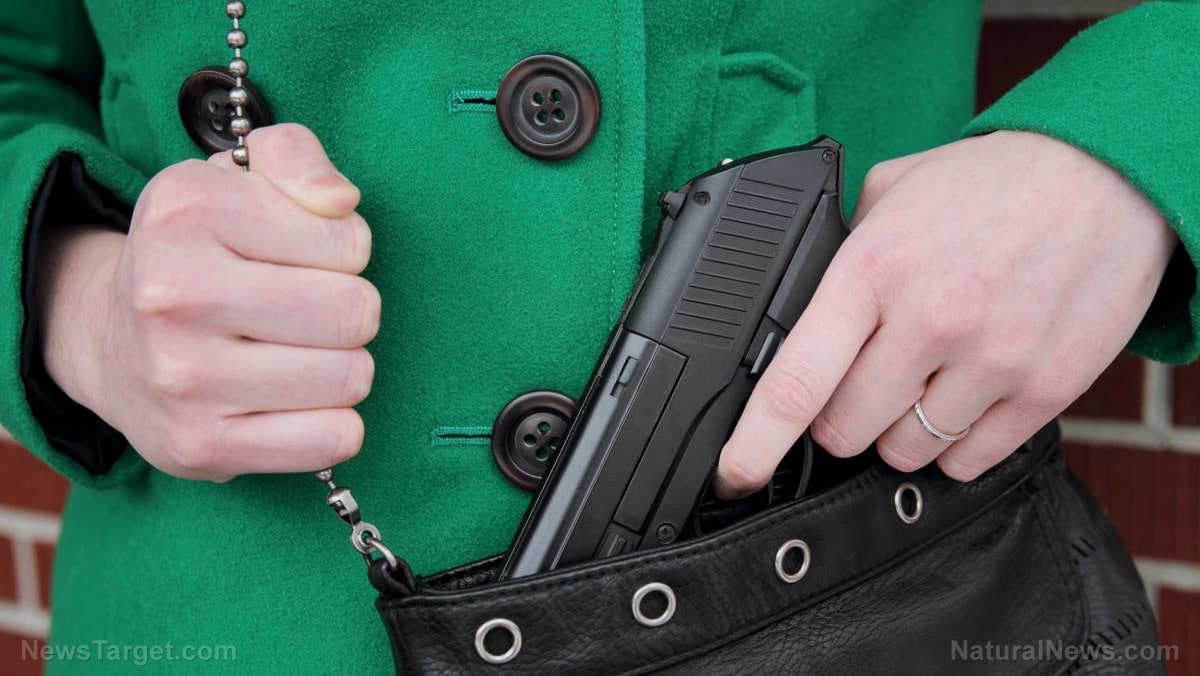 (Natural News) Now that Democrats control Congress again, albeit by very slim margins, they have predictably relaunched their war on the Second Amendment.

The full amendment reads: “A well regulated militia, being necessary to the security of a free state, the right of the people to keep and bear arms, shall not be infringed.”

Typically, Democrats tend to focus on the first part of the amendment — the “well-regulated militia” clause — and completely ignore the second part containing the clause, “the right of the people to keep and bear arms shall not be infringed.”

Ditto for federal courts. But now, the 9th Circuit Court of Appeals has gone full-Marxist and seeks to ban the entire second half of the amendment, that “keep and bear arms” part.

The NRA tweeted on Wednesday that the court has ruled there is no inherent right to carry a concealed weapon in the Constitution.

“The US Court of Appeals for the 9th Circuit just ruled that THERE IS NO RIGHT TO CARRY – either openly or concealed in public. This ruling impacts RTC laws in AK, HI, CA, AZ, OR, WA, & MT. This was not an NRA case but we are exploring all options to rectify this,” the tweet noted.

That means, if this crap ruling stands, anyone living in those states who has completed courses and obtained a license to carry — two things that Americans should never have to do to carry a gun in the first place — they can no longer do so to protect themselves.

This, at a time when, in many of the states within the Ninth Circuit’s jurisdiction, contain cities that are exploding with violence, thanks to idiotic Democratic policies.

It also comes as Democrats and the Biden regime are teaming up to destroy what is left of gun rights in America. (Related: Democrats pushing for gun control as record numbers of Americans buy guns.)

“We are considering a range of levers, including working through legislation, including executive action,” White House press secretary Jen Psaki told reporters on Tuesday. “That has been under discussion and will continue to be under discussion.”

Biden, addressing the shooting that occurred in Boulder, Colo., and that left 10 dead, said Tuesday he didn’t “want to wait another minute, let alone an hour” to act on gun violence. A shooting six days earlier left eight dead in Atlanta, Georgia.

He didn’t mention potential executive action but implored the Senate to pass a series of House bills that would close loopholes in background checks. He also urged Congress to ban “assault weapons.”

“I got that done as a senator. It brought down mass shootings, we can do it again,” Biden said during remarks at the White House. “We can ban assault weapons and high-capacity magazines in this country once again.

“These are bills that received votes with both Republicans and Democrats in the House. This is not and should not be a partisan issue. This is an American issue that will save lives, American lives. And we have to act. We should also ban assault weapons in the process,” Biden said.

In fact, Biden didn’t ‘get that done’ — the bill he is referring to (the law, actually) was the 1994 ‘assault weapons ban’ (which cost Democrats control of the House for the first time in 40 years), and the law was written and sponsored by Sen. Dianne Feinstein (who is still in the Senate).

But the bigger problem now, at least for the western states under the jurisdiction of the 9th Circuit, is the complete destruction of the meat-and-potatoes provision within the Second Amendment, literally the provision that the founders most cared about because an armed, ready populace is the biggest check on the kind of tyranny we just saw in San Francisco, where the 9th is based.

This cannot stand. If it does, there will be uprisings. Count on it.