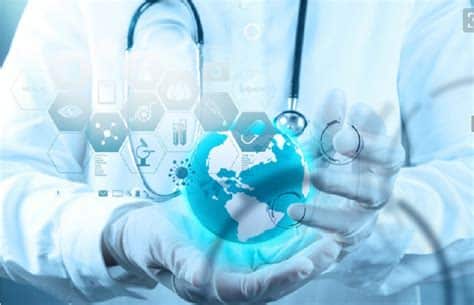 On September 29, 2021, Duke University’s One Health Initiative, headed by Gregory C. Gray, closed its doors and moved to the University of Texas Medical Branch in Galveston (UTMB).

One Health is a globalist program to place all aspects of public health under a World Health Organization umbrella, an effort strongly endorsed by the Chinese Communist Party, which includes a One Health component within its Belt and Road Initiative.

Given its history of collaboration with scientists from the People’s Republic of China, particularly in the area of virus research, it is no surprise that UTMB would warmly embrace the One Health concept.

In fact, UTMB now has its own “One Health – China” research program led by Gregory C. Gray.

There has been long-term research collaboration between Gregory C. Gray and Wuchun Cao of China’s Academy of Military Medical Sciences in studies related to the epidemiological spread of influenza virus.

Wuchun Cao is a senior advisor on bioterrorism to the Chinese Communist Party and a scientific advisor for Wuhan Institute of Virology. He was second-in-command of the People’s Liberation Army’s (PLA) COVID-19 “clean up” team sent into Wuhan under Major General Chen Wei, the country’s top biodefense expert.

It is not widely know that China’s agricultural universities play a vital role in the PLA’s biowarfare program, which involves not only human disease, but those affecting animals and crops.

Shuo Su was an early adaptor of “gain of function” research in 2014  using influenza viruses and also published about genetic recombination of coronaviruses in 2016. His 2020 work on the COVID-19 virus links directly back to China’s Military Veterinary Research Institute.

UTMB is also the home of the Department of Defense-funded Center for Biodefense and Emerging Infectious Diseases and has one of the few Biosafety Level 4 facilities for containing and conducting research on the world’s most dangerous viruses.

There is also a connection between UTMB and the Chinese military’s Changchun research centers in China’s Jilin Province.

Based on Chinese-language documents and scientific publications, the Military Veterinary Research Institute and the Institute of Zoonotic Diseases in Changchun, led by PLA General Ningyi Jin and retired General Xianzhu Xia, appear to be key contributors to China’s biowarfare program.

UTMB Professor Pei-Yong Shi, who was trained in China and is an advisor to the Wuhan Institute of Virology, has links to the Chinese military’s Changchun research centers in Jilin Province through PLA scientist Hualei Wang shown below in a photograph with General Xianzhu Xia.

Research funded by Anthony Fauci’s NIAID has led to patents assigned to Pei-Yong Shi and the PLA, in particular, to Cheng Feng Qin.

That is, U.S. taxpayers are funding research for patents owned by the Chinese military.

Shockingly, it is not only immigrant Chinese scientists, but others at UTMB, former U.S. military officers, who are eager to please the Chinese Communist Party.

In addition to Gregory C. Gray, a U.S. Naval Academy graduate, UTMB’s James W. Le Duc, who worked at the U.S. Army Medical Research Institute of Infectious Diseases at Fort Detrick, was reported by Judicial Watch as praising the Wuhan researchers and Chinese officials for their transparency and handling of the COVID-19 outbreak, and, in April 2021, Le Duc accepted a request to be on the Biosafety Advisory Committee of Westlake University in Hangzhou, China.

According to Judicial Watch:

“The records include an email dated April 16, 2020, with the subject line “Rubio” from former Commander of the U.S. Army Medical Research Institute of Infectious Diseases David Franz who informs Le Duc, “I heard from someone in government this evening that Senator Rubio is starting to push for an investigation regarding Wuhan lab.”

Le Duc then forwards the email to Dr. Shi Zhengli, a top Chinese virologist known for her work with coronavirus at the Wuhan Institute of Virology, requesting a phone conversation “soon” about the email.”

That is, a retired U.S. Army officer was de facto warning the Chinese Communist Party of a pending Congressional investigation.

The University of Texas Medical Branch in Galveston is a true friend of China.

Lawrence Sellin, Ph.D. is retired U.S. Army Reserve colonel and a veteran of Afghanistan and Iraq. He had a civilian career in international business and medical research. Dr. Sellin is the author of Restoring the Republic: Arguments for a Second American Revolution. His email address is [email protected].