Mama Bear Warns Justin Trudeau and Ottawa Mayor: “If you touch one single child out there, I will personally gather mini-vans full of soccer moms and we will drive to Ottawa” [VIDEO] 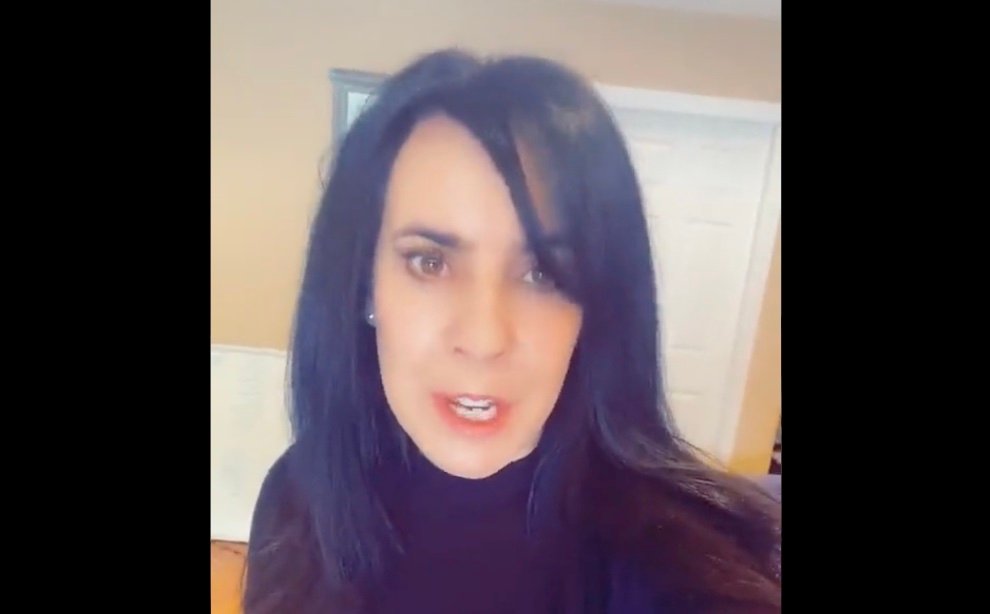 Ever since day one of the Truckers for Freedom Convoy protest, children have played an important support role for the brave men and women who are risking it all to force Canadian government officials to remove the oppressive COVID restrictions and mandates from their fellow citizens.

Truckers regularly share stories about the support they receive from Canada’s youth:

100 Percent Fed Up – These young maskless children are having the time of their lives playing with other kids on bouncy toys brought in for the children of truckers.

#MSM Media: “Ottawa trucker protesters fortify their position and erect a castle.”#protesters: “Bring your kids! We have a bouncy castle.” pic.twitter.com/FHflxc3odK

A carnival-like atmosphere has been consistent throughout. Kids are enjoying rare time with their mom or dad, who spends a lot of time on the road, and they’re also learning a valuable lesson about what it means to peacefully protest for their freedoms.

The horns don’t honk as often. But they do for a few seconds when the kids here ask a trucker to do it or following a speech. #FreedomConvoy pic.twitter.com/irh2lS4sEO

But on Tuesday, things in Ottawa took an ugly turn when Ottawa Police Deputy Chief Steve Bell warned that about 25% of trucks involved in the Ottawa protest had children living in them.  Bell warned that police are concerned about the safety of the children living in the trucks with their parents, citing noise, carbon monoxide, cold, and sanitation concerns. Chief Bell said they would rely on the Children’s Aid Service to make a determination about what to do with the kids.

Ottawa Police Deputy Chief Steve Bell says 25 per cent of trucks camped out at Ottawa protests have children living in them.

Bell says police are greatly concerned about children living in trucks — the risk of carbon monoxide fumes, cold, sanitation and noise levels. Not yet doing any enforcement re kids, will rely on guidance from Children’s Aid Service.

The Truckers for Freedom Convoy has been remarkably peaceful given the cold and uncertain conditions. But when word got out to the truckers about how the Canadian government was considering taking steps to remove the kids from their trucker parents, things got a bit heated.

Watch this trucker dad’s reaction to a CBC broadcaster asking about the living conditions for kids:

A government journalist for Trudeau’s CBC state broadcaster suggests that child welfare should seize the truckers’ kids. It goes about as well as you’d expect. pic.twitter.com/MsHOo8Xp4k

But it’s this mama bear’s warning to Canada’s Prime Minister Justin Trudeau and the Mayor of Ottawa that is getting a lot of attention:

“By now, most of us have heard the rumors that they want to send in MCFD (Ministry of Children and Family Development) to take the kids from the truckers.

And some of us have seen the video by frontline nurse Kirsten Nagle who went toe to toe with CBC while they were setting up the film segment.

A warning to our fearless leader and the pathetic mayor of Ottawa. If you guys touch one single child out there, you will enrage every mother in this country! I will personally gather min-vans full of soccer moms, and we will drive to Ottawa.

And if you think the truckers are giving you a hard time right now? You have seen nothing! Trust me—you do not want a city full of angry moms because there ain’t no angry like mom angry!”

🇨🇦 MESSAGE FROM CANADIAN MAMMA BEARS TO TRUDEAU AND THE MAYOR OF OTTAWA: ”If you touch one single child out there you will enrage every single mother in this country…There ain’t no angry like mom angry.” 🔥 pic.twitter.com/veOuh9EUtl

On Tuesday, we wrote about Kristen Nagle referenced in the mama bear video. Nagle is a Canadian nurse who was fired from her job for protesting against mandatory COVID jabs, who confronted a CBC television crew on the streets of Ottawa on her way to visit the Truckers for Freedom Convoy. Nagel blasted the stunned news crew for spreading lies and misinformation on the safety of truckers’ children and asked them if they even understood the damage they were causing with their lies?

Kristen Nagle (left) and Myriam Cottard speak at an anti-lock down rally in Victoria Park that they organized in November. (Sofia Rodriguez/CBC News)

She got very emotional when she called them out for lying about the danger kids attending the Truckers for Freedom protest.

Another powerful video! 😭❤️🇨🇦
Kristen Nagle is the nurse who organized an anti-lockdown rally in January 2022 and was fired for it. She approaches a CBC news crew and asks why they’re not reporting what’s really going on. I hope her message got through to at least one of them! pic.twitter.com/ZcO4zhkR7U

For anyone who doesn’t believe this badass mom’s threat…here’s just one example of a mom who is praising the truckers for freeing her kids from the tyrannical COVID restrictions put in place by Canadian officials.

For the first time in two years, my kids can see their schoolmates without masks on as of Monday.

Thank you truckers and supporters.

I have no words.

Never mess with a mama bear…