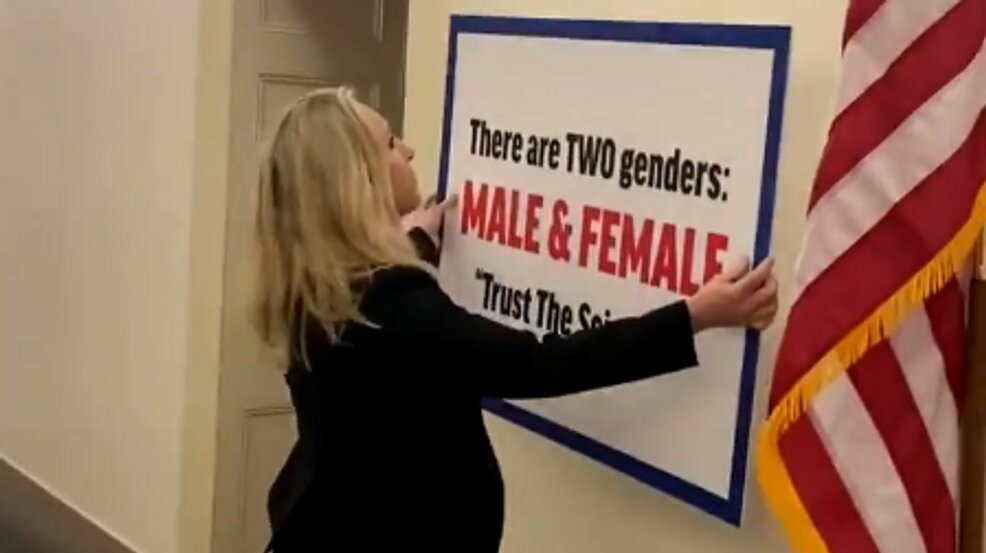 In light of the controversy over the ethics of “gender-affirming care” and things like puberty blockers, hormone treatments and gender assignment surgeries, Republican Rep. Marjorie Taylor Greene of Georgia is introducing a new act that would make it a felony to be involved in “gender-affirming care.”

In an appearance on Fox News’ “Tucker Carlson Tonight,” Greene announced her upcoming bill and discussed what the Republican Party must do to stand up and protect children.

The Georgia representative has also been tweeting about her bill and the arguments for it that she discussed with Carlson.

Tomorrow, I will introduce the Protect Children’s Innocence Act to criminalize the child abuse that many call “gender-affirming care.”

My legislation would immediately make it a felony to subject children to puberty blockers or horrific “sex change” genital surgeries. pic.twitter.com/1jAwb1TwXR

“When it comes to “gender-affirming care,” which is really child abuse, this is actually an assault, and it’s child abuse. And this practice should never happen. It’s so disgusting and appalling, and it’s an embarrassment to our country,” Greene told Carlson.

She also called out the Republican Party and said that it is not a party worth supporting unless its members are ready to stand up and right wrongs — like “so-called gender-affirming care.”

Greene then went on to discuss how this “care” is not actually medical care at all, but performing procedures and treatment on children that will affect them for the rest of their lives.

“[It] is really just genital mutilation. It’s puberty blockers that cause chemical castration, teenage girls actually having their breasts chopped off, teenage boys being castrated. This needs to be illegal,” Greene said.

“I’m introducing a bill called ‘Protect Children’s Innocence Act,’ and it would create a law that would cause it to be a class C felony for any person involved in so-called ‘gender-affirming care.’ That means genital mutilation surgery, that means hormones, that means puberty blockers, anything involving any youth under the age of 18 because these kids are too young to make these awful decisions that will affect them and will be permanent for the rest of their lives,” the representative added.

Carlson agreed with her assessment of the situation and, likewise, condemned the practice of “gender-affirming care.”

Carlson then said that he assumed Greene would get every Republican vote for this new act.

“I should have every single Republican co-sponsor, but, unfortunately, I don’t yet. I only have five co-sponsors,” Greene said.

But she is urging all of her colleagues to join her because “this is a referendum on the Republican Party.”

If or when the Republicans take back the majority, Greene said that there is a lot of work to do.

“But there’s one thing that we have got to do, and we are not even a party worth deserving of the American people’s votes, if we cannot protect children from this horrific child abuse and create this to be a felony,” Greene said.

Greene has also been tweeting about her bill and calling on all Republicans to take responsibility and stand up for minors in this.

“It’s every Republicans responsibility to protect children from child abusers who want to chemically and/or surgically mutilate children before they have even had the chance to grow up and realize the decisions they are making. This is a line in the sand & list are being kept,” Greene tweeted.

It’s every Republicans responsibility to protect children from child abusers who want to chemically and/or surgically mutilate children before they have even had the chance to grow up and realize the decisions they are making.
This is a line in the sand & list are being kept. https://t.co/9LFPftIQRl

Greene has even interacted on Twitter with some who have experienced puberty blockers and “gender-affirming” surgeries themselves.

One Twitter user, Chloe Cole, tweeted at Greene about her own experiences and how Greene’s new bill to protect children is a step in the right direction.

“An exciting step forward for the protection of children! ‘Gender-affirming care’ destroyed my body. I was put on blockers and T at 13 and got a double mastectomy at 15. It wrecked my teenage life and stunted me for years. No child has a solid grasp on their ‘identity,’” Cole tweeted.

An exciting step forward for the protection of children! “Gender-affirming care” destroyed my body. I was put on blockers and T at 13 and got a double mastectomy at 15. It wrecked my teenage life and stunted me for years. No child has a solid grasp on their “identity”

Carlson also strongly agreed with Greene’s efforts to reverse the ideas of “gender-affirming care” for children and even preemptively called out all Republicans who might not be willing to stand up for this.