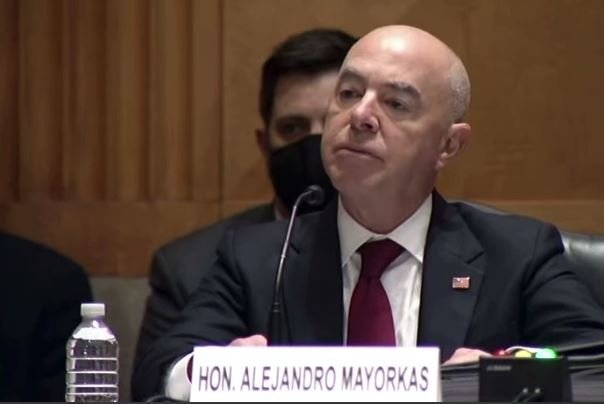 In Joe Biden’s first year in office over 2 million illegal aliens from dozens of countries walked into the United States across the southern border.

The numbers this year look even greater.

Joe Biden and DHS Secretary Mayorkas immeditely opened up the US southern border after they came into office.

Biden also set another record. Only 59,011 illegals were deported his first year in office.  This was the lowest number since 1995.

It should be obvious by now that Biden intends to destroy the US before he leaves office.

Now Mayorkas is working on a very important project. Rathen than shut down the border, Mayorkas released new rules on “extremism”.

A March 2021 unclassified threat assessment prepared by the Office of the Director of National Intelligence (ODNI), Department of Justice, and DHS, noted that domestic violent extremists “who are motivated by a range of ideologies and galvanized by recent political and societal events in the United States pose an elevated threat to the Homeland in 2021.”3 The assessment pointed to newer “sociopolitical developments such as narratives of fraud in the recent general election, the emboldening impact of the violent breach of the U.S. Capitol, conditions related to the COVID-19 pandemic, and conspiracy theories promoting violence” that “will almost certainly spur some [domestic violent extremists] [sic] to try to engage in violence this year.”4

Over half of the US population question the results of the 2020 presidential election.

Another half of the public questions the ever-changing COVID talking points coming from the medical elites including Dr. Fauci who lied under oath about his funding of gain of function research in Chines labs.

If you mention this you may end up on their list.

These are really bad people.

Here is a copy of the new DHS guidelines against speech by the criminal Biden regime.