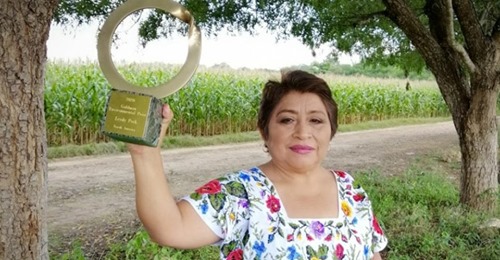 A decree was released last week on Mexico’s National Commission for Regulatory Improvement (CONAMER) website that confirms a phase-out of use of both glyphosate and genetically modified (GMO) corn for human consumption in Mexico by 2024.

The decree states that use of the herbicide glyphosate will be phased out over the next four years, although glyphosate will not be used in any government-sponsored program during that transition period. The draft also includes an article that requires the revocation of existing and future permits for both the cultivation of GMO corn and the use of GMO corn for human consumption. The use of GMO corn in human consumption would be phased out no later than January 31, 2024.

On Monday, Mexico’s Organic Producers’ Society welcomed the latest proposal, but proposed a special label be established to certify products that are free of glyphosate.

Test Your Food and Water at Home for Glyphosate – Click Here

“We do not use glyphosate on our crops, but we have been the victims of external contamination by this substance anyway” said Homero Blas Bustamante, president of the organic society. “This has caused economic losses for organic producers, mainly of coffee and honey.”

This latest decree follows on from an announcement in June by the Secretariat of Environment and Natural Resources (SEMARNAT), Mexico’s Environment Ministry, which stated that glyphosate-based herbicides would be phased out of use in the country by 2024 to protect human health and the environment.

Dr. Adelita San Vicente Tello, Director General of the Primary Sector and Renewable Natural Resources at SEMARNAT, announced the news after participating in the meeting ‘Why will Mexico join the ban on glyphosate?’ organized by the National Autonomous University of Mexico’s (UNAM) Academic Observatory of Society, Environment and Institutions.

San Vicente Tello said that, together with the National Council of Science and Technology, she is analyzing alternatives to the use of glyphosate-herbicides for large-scale agricultural production, as there are many weed management experiences with methods that farmers themselves and indigenous communities have applied for thousands of years.

In addition, government education campaigns are being prepared with different medias, such as infographics and videos that will be translated into several languages and will include data and independent scientific sources on the effects of glyphosate-based herbicides on the environment and health, with the purpose of alerting the population to the risks involved from their use. During and after these campaigns the general public and specific communities can draw their own conclusions.

Finally, San Vicente Tello reiterated that in the face of this problem we all have to act, because “beyond productivity, there is human and environmental health”.

The World has also started to recognize the key figures in the fight against Biotech and chemical companies in Mexico, with Leydy Pech having recently been awarded the Goldman Environmental Award.