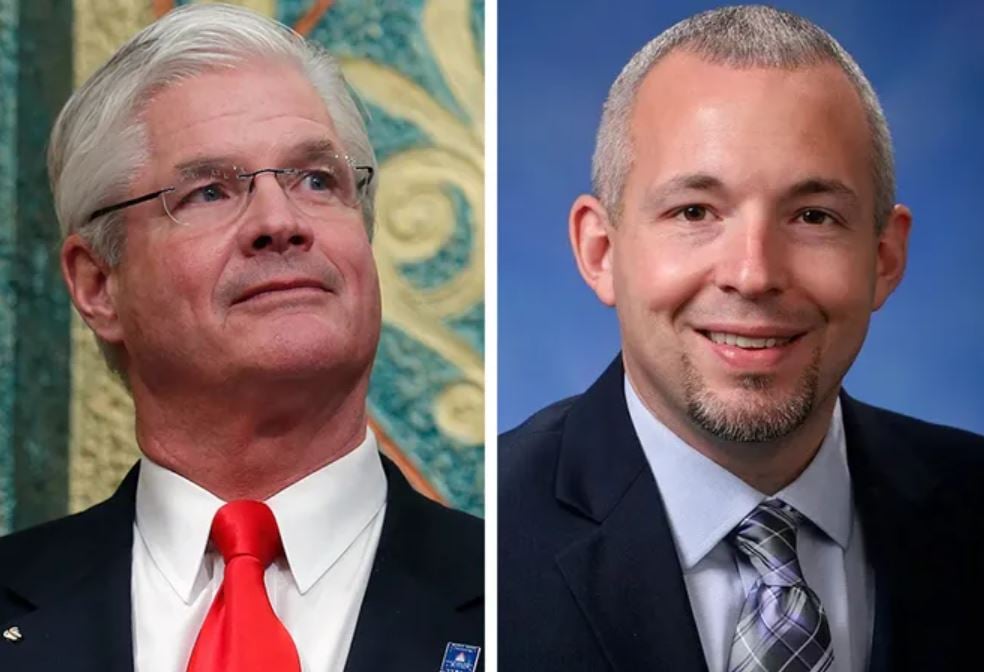 The RINO Michigan establishment was decimated in this month’s elections. Instead of agreeing with America First patriots that voter fraud might be real, they would rather believe that voters rejected their own leadership and record.

Despite spending millions of lobbyist dollars, the RINOs in control lost seats in both legislative chambers and lost control of all statewide offices and legislative chambers for the first time in nearly 40 years. Despite catering for years to Democrats, now Democrats gleefully gloat as they take power from Senate Majority Leader Mike Shirkey and House Speaker Jason Wentworth.

For the first time since 1984, Democrats have unified control of all three elected bodies in Michigan: the Governor, State Senate and State House.

The RINOs have spent weeks trying to blame this all on Trump and America First. But the massive election defeat nationwide happened because RINOs have been selling out their political base and citizens for years.

TRENDING: Nine-Hour Hearing Held in Delaware County After Officials Took a Detour from Counting Center into a Closed Building for 6 Hours on Election Day

Michigan Senate Majority Leader Mike Shirkey is heavily invested in China, and unsurprisingly he and others in legislative leadership have strongly opposed any investigation into the well-documented 2020 voter fraud, and are now refusing to look into 2022’s voter fraud. The Michigan House previously subpoenaed documents and evidence in December 2020 from the House Oversight Committee, and then refused to release the evidence it collected and has prevented lawmakers from even reviewing the evidence. Now that the Democrats have taken control, this evidence held by the House’s outside legal counsel Warner Norcross, is likely to be destroyed by the incoming Democrats.

Against this backdrop America First legislator Rep. Steve Carra has asked for an investigation and use of legislative subpoenas to investigate the potential 2022 voter fraud in the few remaining weeks of Republican control. The response to Rep. Carra’s letter was sneering condescension by the RINO leadership.

The dishonest local media typified by left-wing reporter Craig Mauger, wrote about this story while notably leaving out the actual text of the sneering letter sent by Wentworth to Carra.

Rep. Carra told the Gateway Pundit: “I sent Speaker Wentworth a letter, and responded to him as he requested. The next thing I know this shows up in the Detroit News. I wish he was taking this situation more seriously.”

Here’s the letter sent by America First patriot Rep. Steve Carra to Speaker Jason Wentworth asking for an investigation into allegations of voter fraud in the 2022 election.

And here below is the full letter sent in response from Speaker Jason Wentworth to Rep. Steve Carra.

Representative Carra,
I have received your November 17 letter regarding subpoena powers. I’ve received several questions from members and I have a few myself. So, I am taking you up on your offer to ask some questions about it.
First, you say that of the six members who signed your letter, some think the election results are accurate while others don’t. Who of the six believes the results were accurate?
Second, I understand your request to be about the 2022 election. Please explain why, in that context, your recitation of events from 2018 and 2020, your complaints about Proposal 2’s messaging, and non-2022 lawsuits against Secretary Benson are relevant.
Third, you ask us to “investigate why the majority of Americans” question election results. That sentence makes it sound like you want us to investigate why the “majority of Americans” believe the way they do. I’m afraid we can’t do that. The Legislature cannot be in the business of authorizing pop psychology opinion surveys. Perhaps you are really saying, though, that if over half of Americans distrust a process, that gives us the right to launch an investigation to see if their distrust is justified. Is that really the standard you want? Suppose over half of Michiganders surveyed said they distrusted your motives in sending your November 17 letter—that is, they believed this is a shameless and half-baked political stunt performed on state time and solely calculated to inflame an already troubled section of our party. Do you think that would justify the Legislature subpoenaing you? Don’t you think it’s bad practice to justify legislative subpoenas based on opinion surveys?
Fourth, and relatedly, as you well know, legislative subpoenas must have a valid legislative purpose. That is, they must be used to get information to help us achieve some legislative goal. Investigating and auditing election results has traditionally been a chiefly executive- and judicial-branch function. Can you please explain how this would even be a valid legislative subpoena?
Fifth, as far as I know, in nearly 200 years of Michigan history, the Legislature has never set up such a commission or used its subpoena powers in this way. It would be exceptionally naïve for us to pretend that previous legislators didn’t question election results (especially in the 1800s, where political cheating was much easier and more common). But I can’t see any evidence that any previous speaker or legislature felt it was in their power to launch a wholesale elections investigation. What Michigan precedent can you point to in support of your request?
Sixth, you say this isn’t an attempt to “reverse election results.” This is confusing. It sounds like you’re conceding up front that this investigation would be an empty exercise—that it wouldn’t have any practical effect no matter what is found. Is this concession because you believe there wasn’t enough fraud to make a difference? Or are you truly willing to uncover massive fraud and then do nothing about it?
Seventh, and most importantly, the law says we can’t use subpoenas to conduct a general fishing expedition. They need to be targeted. Given that, what are the details of every 2022 election-fraud incident you and these members are aware of? Details must include at the very least the alleged location, persons involved, time of day, and specific actions taken. If possible, please provide these details in signed and notarized affidavits—it will be difficult to take them seriously otherwise.
Please provide full and complete answers to these questions no later than Sunday, November 20.
Thank you,
Speaker Wentworth