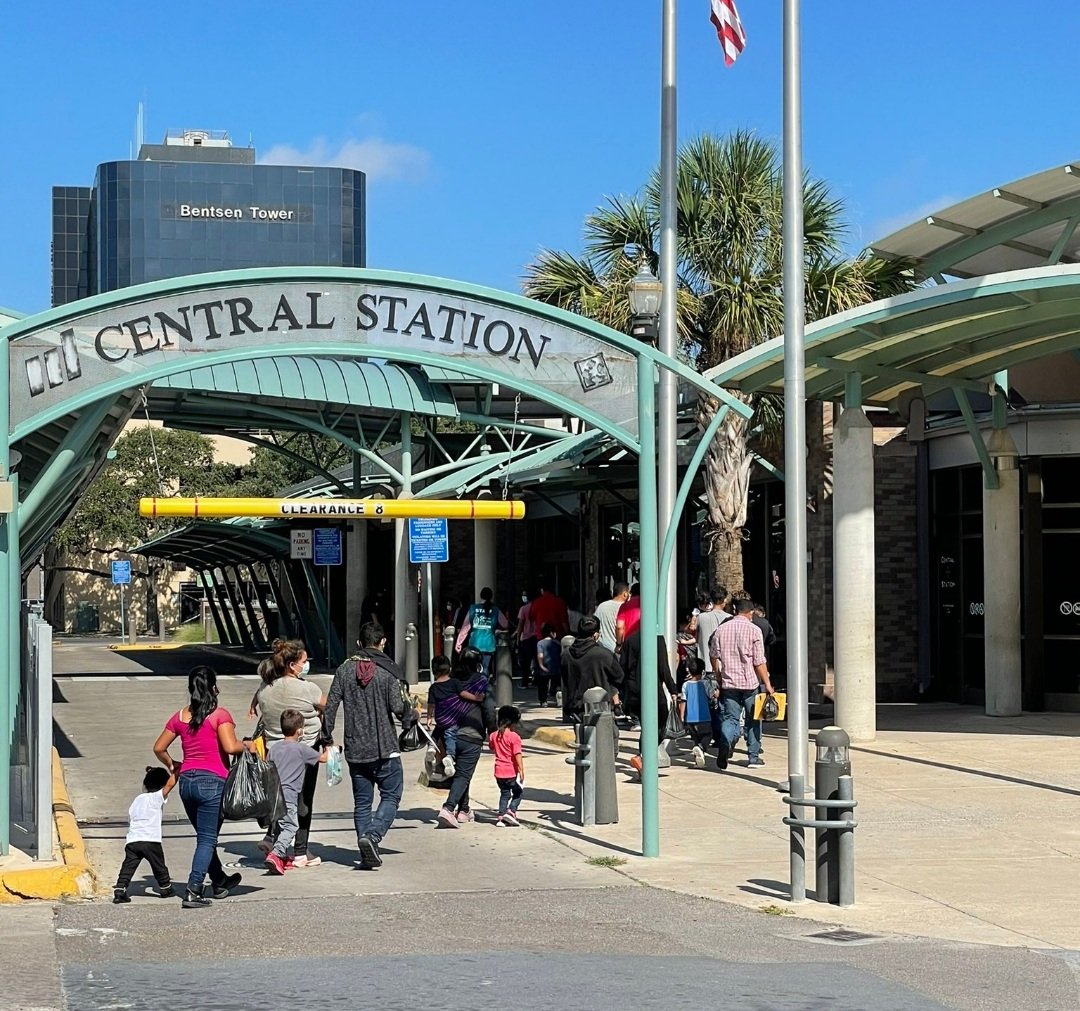 The all-out invasion happening on the southern border is getting even worse.

Over the past weekend, border agents near McAllen Texas encountered over 8,000 illegal crossers, including 3,000 in the past 24 hours alone.

The recent surge has resulted in the migrant facilities in the area being 585% over capacity, prompting a “mass release” of invaders into downtown McAllen, Texas.

On Monday, border patrol busses were seen making dozens of trips to transport hundreds of illegals into the city. They were bringing them to a local catholic charity throughout the day, with a new group getting dropped off every 15-30 minutes.

You can bet they weren’t tested for Covid either.

We are witnessing the mass release of migrants in downtown McAllen today. Border Patrol buses and vans are pulling up every 15 minutes. Agents tell us it’ll be happening all day long. Hundreds released so far. Most going to the McAllen bus station. BP overwhelmed. @FoxNews pic.twitter.com/kStwQOV2NI

The onslaught of illegals was “nonstop.”

Charity workers were also seen escorting large groups of migrants to the local bus station, where they were given tickets and sent on their way.

NEW: Large groups of migrants being walked to McAllen Central Bus Station by a local Catholic Charity after they were dropped off & released by Border Patrol. This is happening every hour. Migrants are given bus tickets wherever they want to go. @FoxNews pic.twitter.com/7LilR9DCae

The massive drop-off happened just days after Gov. Abbott signed his executive order banning ground transportation by anyone other than law enforcement, yet Greyhound buses are still transporting illegals to be released into the US, WITH NO ACCOUNTABILITY.

Does enforcing the law mean anything to Abbott? Was it just for show? Or did he just fold like a cheap chair to the DOJ?

Steve Bannon recently discussed the free-for-all with Ben Bergquam, the lead investigative reporter for Real Americas Voice, on an episode of War Room.

Bergquam has been on the front lines in Texas and has seen firsthand what is going on at the border. He explained how he has not seen law enforcement “stop anyone” and blames Abbott for not doing anything to curb the flow of migrants.

He also said he was at a gas station in the Del Rio City, TX, watching illegals being freely released into the U.S.
“The people who were processed this morning they got a sheet of paper that said ‘turn yourself in to a border patrol agent within 60 days.’ That’s it. Now go wherever you want to in America.
“They’re waiting here for the Greyhound bus to show up and/or the so-called humanitarians, we found out yesterday, the same NGO’s that Gov. Abbott made the executive order to try to block the smuggling around the state are now coming here, picking them up, supposedly voluntarily, and taking them to hotels.”
This cannot go on any longer. The countless number of undocumented foreigners who are coming into the country is not just a national security issue, it’s an election integrity issue. Governor Abbott needs to step up and hold these charities and the bus companies like greyhound accountable, NOW!