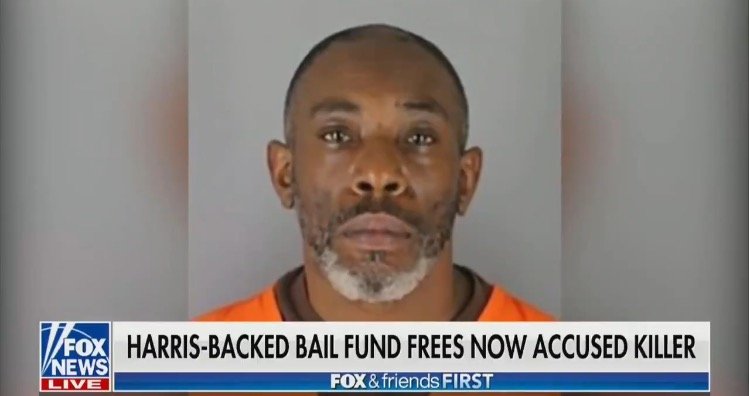 A Minnesota man who was freed by a bail fund promoted by Kamala Harris was charged with murder.

George Howard shot and killed another man during a road rage altercation last month, just weeks after he was released from jail on $11,500 bond.

The Minnesota Freedom Bail Fund bailed George Howard out on August 6 and he was charged with two counts of second-degree murder on August 29.

TRENDING: Hollywood Actress Puts Hillary Clinton On Notice: “You represent no flag, no country, no soul. You eat hope, you twist minds. I’ve been in a hotel room with your husband and here comes the bomb…”

According to the Hennepin County Medical Examiner, 38-year-old Luis Damian Martinez Ortiz, from Minneapolis, died from a gunshot wound to the chest in the deadly incident that took place on Sunday near the exit of Dowling Avenue North.

Charges have been filed against a 47-year-old Minneapolis man in connection with the incident. According to a criminal complaint, George Howard has been charged with two counts of second-degree murder.

The Minnesota Bail Fund on Friday admitted it helped release Howard on bond.

By Tuesday, they had deleted the tweet thread but the internet is forever (archived here):

“We are aware of reports of the tragic and fatal shooting in Minneapolis earlier this week allegedly involving George Howard, an individual the Minnesota Freedom Fund had previously provided with bail support,” the group wrote. “MFF believes that every individual who has been arrested by the law enforcement is innocent until proven guilty, and if a judge deems them eligible for bail, they should not have to wait in jail simply because they don’t have the same income or access to resources as others.”

If you’re able to, chip in now to the @MNFreedomFund to help post bail for those protesting on the ground in Minnesota. https://t.co/t8LXowKIbw