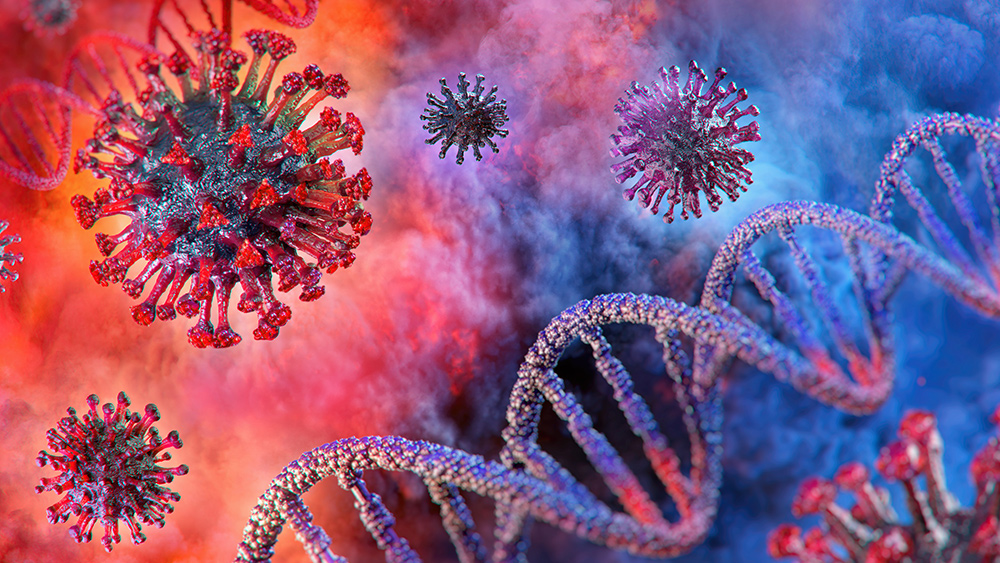 (Natural News)
Moderna CEO Stephane Bancel had a hard time answering why the Wuhan coronavirus (COVID-19) has a genetic sequence patented by the company three years before the emergence of the disease in China.

Bancel fumbled with his answer during a Feb. 24 appearance on the program “Mornings with Maria” on Fox Business. Program host Maria Bartiromo asked the Moderna CEO about the presence of a tiny section of DNA patented in 2016.

“My scientists are looking into those data to see how accurate they are or not. As I’ve said before, the hypothesis of an escape from a lab by an accident is possible. Humans make mistakes,” Bancel answered. “It is possible on the claim you just mentioned. The scientists are analyzing to know if it’s real or not.”

The Moderna CEO continued: “It is possible that the Wuhan Institute of Virology (WIV) laboratory in China was working on virus enhancement or gene modification, and then there’s an accident where somebody was infected in a lab – and then infected family and friends.

Bartiromo’s question stemmed from a study published in Frontiers in Virology that mentioned the presence of the MSH3 gene sequence in the SARS-CoV-2 furin cleavage site. The Feb. 21 study pointed out that the MSH3 gene’s presence – which has a one in three trillion chance of occurring in nature – is “highly unusual and requires further investigations.”

Author and survival researcher Steve Quayle pointed out that the MSH3 gene sequence belonged to Moderna. The Cambridge, Massachusetts-based drug manufacturer filed the patent for MSH3 on Feb. 4, 2016 and was approved on March 7, 2017. According to Quayle, MSH3 has been “known to affect how damaged cells repair themselves in the body.” (Related: SMOKING GUN: Genetic sequence in COVID-19 spike protein was patented by Moderna three years earlier.)

Bancel’s response to Bartiromo’s question appeared to reinforce the lab-leak theory of COVID-19. It argues that SARS-CoV-2 escaped from the WIV through an infected researcher, who then transmitted the virus. The lab-leak theory contradicts the dominant narrative of the virus emerging from the Huanan Seafood Market at the capital of China’s Hubei province, located 20 miles away from the institute.

During the early days of the COVID-19 pandemic, top infectious disease expert Dr. Anthony Fauci attempted to dismiss the validity of the lab-leak theory. Emails from Fauci that surfaced following a Freedom of Information Act request proved that he was aware of the possibility that SARS-CoV-2 may have leaked from the WIV laboratory and spread to the population.

Among the trove of emails was one dated Jan. 1, 2020 from immunologist Dr. Kristian Anderson of the Scripps Research Institute in California. Scripps told Fauci in the email that some features of the virus behind COVID-19 “could potentially be man-made.”

Another email dated April 19, 2020 featured EcoHealth Alliance President Peter Daszak. In the April exchange, the British zoologist thanked Fauci for “publicly standing up and stating that the scientific evidence supports a natural origin for COVID-19 from a bat-to-human spillover.” Two days before Daszak sent his email, Fauci announced that the virus is believed to have emerged from bats in China.

Commenting on the release of Fauci’s emails, virologist and whistleblower Dr. Li-Meng Yan said the messages proved her theory right all along that the virus escaped from a lab. She added the White House chief medical advisor’s 2020 emails had “a lot of useful information” – which suggested that he always knew more than what he revealed.

“[The emails] verify my work from the very beginning. These people know what happened, but they choose to hide [it] for China and for their own benefits,” Yan told Newsmax during a June 2021 interview.

If the spike protein facilitates entry of a gain-of-function coronavirus into cells, then why are we coerced to submit to spike protein-generating vaccines?

This video is from the RED PILLED channel on Brighteon.com.

Head over to Conspiracy.news for more stories about Moderna’s patented genetic sequence being present in SARS-CoV-2.